U Lassonde students make a difference and inspire change throughout the world.
Janelle Hanson

Excitement continues to mount as word spreads among students who want to become among the first to live in the U’s new Lassonde Studios, set to open in the fall of 2016. The Lassonde Entrepreneur Institute already has a world-class reputation as a place where students can advance their business and product ideas while fulfilling a college degree. But Lassonde Studios takes that concept to the next level, through constructing a place where young entrepreneurs can live with fellow future game-changers who push each other to think more, to be more, to do more.

Lassonde Studios will be a place for young visionaries to have an around-the-clock environment to bounce ideas off of others who also are working through plans that may one day become the next cutting-edge technology. The 160,000-square-foot Lassonde Studios will have a 20,000-square-foot innovation garage on the main floor of the residence hall, complete with 3-D printers, laser cutters, prototyping tools and company launch space. Above will be four floors of housing, with students allowed to choose between “pods,” lofts and traditional rooms.

This spring, Lassonde Studios launched a nationwide search for the “400 best student entrepreneurs,” who will become the first group to live in the state-of-the-art $45 million facility and have an opportunity to earn up to $3 million in scholarships.

What might students create? @TheU takes a look back at three interesting Lassonde students who changed the world through their own projects during their time at the university. These three stories are emblematic of the entrepreneurial spirit embodied at Lassonde —something that is sure to continue when Lassonde Studios opens its doors. 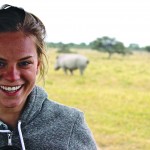 “Overachiever” doesn’t even begin to describe U student Lisa Hawkins. A triple major in economics, political science and communication, she has pursued social change with everything from writing a grant for Salt Lake County to traveling to Botswana for the Hinckley Institute. Last year, Hawkins worked with the Hinckley Institute to coordinate the Council of American Ambassadors’ Fall Conference: “Africa’s Future in the Global Economy.” While she was told the conference was “more informative than 30 days of State Department briefings,” she’s most proud of the impact it had on students. “Hearing that the conference inspired some students to change the path of their education was really rewarding,” she said. 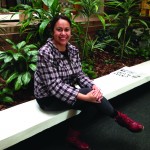 Karla Arroyo has led many lives. After working for Mexico’s Department of Treasury and climbing the UPS corporate ladder, the Mexico City native earned a master’s degree in social work from the U and counseled at the Rape Recovery Center. Soon, she became the executive director of South Valley Services, a domestic violence shelter, using her business and social-work skills to almost double the program. Arroyo is now finishing her Ph.D. so she can teach a new generation of social workers. She recently launched her own mental health practice, Multicultural Counseling Center, where she hopes to help the Latino community and trauma survivors. “I believe that domestic violence can be preventable,” Arroyo said. “If we were to have more intervention, we would see a better result.” 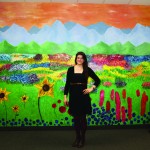 As a presidential ambassador and frequent collaborator with the Lowell Bennion Community Service Center, U student Alexis Jessop keeps pretty busy. But that doesn’t stop her from doing more. A psychology major that is close to graduating, Jessop recently interned with SEED in South Africa and created a play therapy room for the Intermountain Specialized Abuse Treatment Center in Salt Lake City. Decorated with a mural painted by Jessop and everything from coloring books to a mini pool table, the room is a safe place where therapists help kids and teenagers work through emotional trauma with play. Jessop said she was overwhelmed by the amount of time, money and supplies that the community donated. “I learned that if you create a platform, people will give,” she said.

About “Student Innovation at the U” 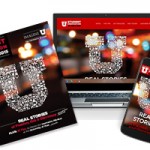 A version of this article originally appeared in the 2015 “Student Innovation at the U” report. The publication is produced by the Lassonde Entrepreneur Institute to celebrate students from all colleges and majors doing amazing things. Read more stories and get involved at lassonde.utah.edu/studentinnovation2015.