U student Bryce Williams participated in Project Youth in 1999 and leads the event in 2016.
Janelle Hanson

When Bryce Williams stepped off the bus at the University of Utah, he thought it was the biggest school he had ever seen. The lawns and buildings seemed to stretch forever. It was 1999. Williams was 12 years old, a sixth-grade student at Salt Lake City’s Backman Elementary and pretty sure he wanted to become a pediatrician. He guessed that meant going to college but no one in his family had ever done that. 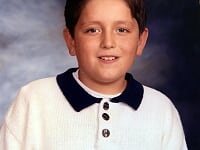 On that spring day, Williams broke through. “We were all so excited,” he recalls. “Field trips were cool. We were going to the U,” he says with a chuckle, “whether or not anyone knew what that meant.”

Williams grew up in the Rose Park and Glendale neighborhoods of Salt Lake’s west side. His father was a mechanic and his mom a homemaker. The eldest of two sons, Williams recalls, “My parents always talked to us about college. It was something they said we should strive towards. But I don’t think they knew what was expected. They had never set foot in a university classroom.”

His sixth grade teacher, Mrs. Seitz, made sure her class had that opportunity. Backman Elementary, along with half a dozen other Title 1 schools, was included in the Bennion Center’s Project Youth that year. Created by U alum and Bennion Center student Deborah Wunderli, the project’s goal is to help students from underserved schools or communities see themselves having a college experience. Project Youth arranges for bus transportation from schools to campus, where children receive a T-shirt, a lunch and an opportunity to sit in on college classes reimagined for sixth graders. They attend a pep rally, get a campus tour and spend the morning being mentored by U student volunteers who share their personal university experiences.

And now, 17 years later, Williams is running the show. During this year’s Project Youth more than 750 elementary school children spent the day visiting campus. They were led by almost 300 student volunteers and learned from nearly 30 university faculty members. All of it was coordinated by the boy who grew up to earn a bachelor’s degree from the U in social work, followed by a master’s degree in educational leadership and policy. 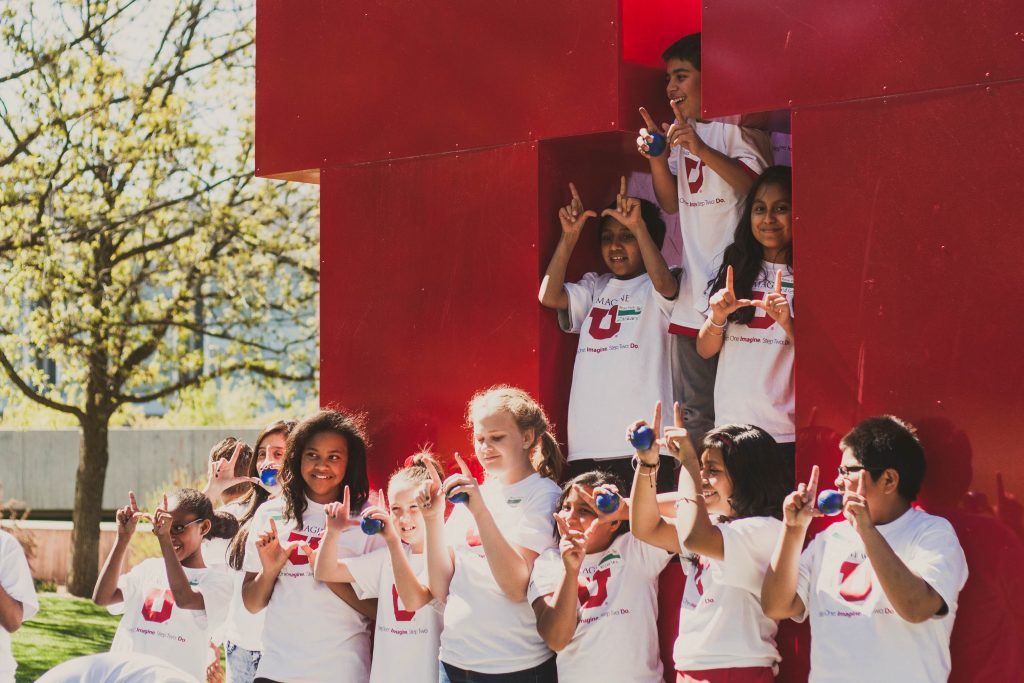 “The most rewarding part of leading Project Youth is being able to give back to the community I’ve come from,” Williams says. “Some of my old neighbors, their grandkids are coming. It’s kind of my way to say thank you and allow me to pay it forward.”

It takes Williams and his team of Bennion Center student volunteers a full year to prepare for the one-day event. They work with school administrators and faculty, both on campus and at 12 elementary schools, to lay out logistical parameters. They interview and train university student volunteers who will serve as site leaders for each school. These mentors make site visits before the campus trip so children will be familiar with them and prepared for the visit.  Specially developed curriculum helps mentors and teachers make the elementary school visits fun and educational by gearing them to goal setting.

As Williams looks back, he says his own Project Youth elementary school experience came just prior to junior high school registration.

“I remember them talking to us, saying we needed to try new things and get involved,” he says. “I decided if I wanted to get to college, I’d have to try out some different things. When I got to junior high, I did some different clubs, as well as yearbook and student government.”

He continued that practice in high school and graduated in the top 10 percent of his class. Williams earned scholarships from the U, West High School’s alumni association and the local Kiwanis Club. As a college student, Williams volunteered through the Bennion Center, served in ASUU, was a resident advisor for Housing and Residential Education and was even selected as the 2011 homecoming king.

He says, “I think Project Youth is, in some ways, that window of opportunity to show elementary school children, a glimpse of what they can expect.”