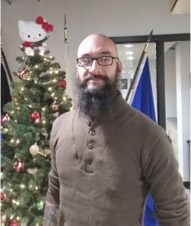 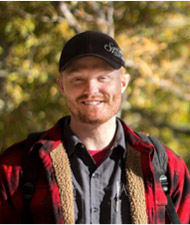 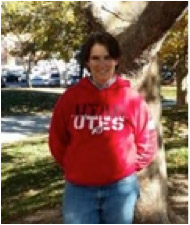 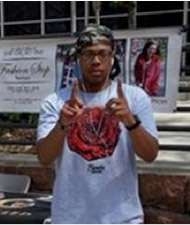 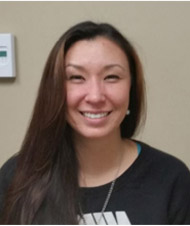 By Roger Perkins, Director of the Veterans Support Center

When you think of veterans, you probably think of things like “Band of Brothers” or “Restrepo.” However, most University of Utah student veterans are out of the military and pursuing their interests in civilian life. There are nearly 1,000 student veterans at the U, and a quarter of them are women. Their interests run in a variety of directions, and I think you’ll be surprised at their diversity.

Most U vets are older than the typical freshman or sophomore. They have been working in a professional position for several years before returning to school and have some interesting life experiences. Student vet Mike Allred worked on nuclear reactors, Nico Terreros drove trucks, Rachel Evans was a chemical warfare officer, Andria Bryant commanded a patrol boat doing harbor security and Cory Boren listened to whales. But now they spend their time in the library or in labs studying because they hope to graduate as quickly as possible. Evans said, “I’m not here to stay. I’m here to learn, graduate, get a job and start doing things again.”

There are veterans in just about every program—from theater to outdoor recreation—but the number one major among student veterans is business, followed by computer science. One vet has four majors—mining engineering (bachelor’s and master’s), urban planning and environmental and sustainability studies, and another is pursuing a physics master’s and doctorate concurrently. There are four veterans pursuing doctoral degrees in social work. Veteran undergrads have an average GPA of 3.0. Among those pursuing graduate degrees, 107 have GPAs of 3.7, and 55 have 4.0 GPAs.

Other veterans enjoy skiing and snowboarding. (I mean, it IS Utah!) Others are involved in music and art. We have a hat maker, a personal trainer and a veteran who was one of the “Top 10 Innovators of the Year.”

All of our veterans are united by their service in a way many who are not veterans find hard to understand. Being a veteran at the University of Utah means there are almost 1,000 other students who have an intimate understanding of each other’s lives and experiences. As one female veteran put it, “It’s like having instant brothers and sisters. You don’t have to explain things.

Each year, the University of Utah recognizes 11 Utah veterans from throughout the state who have served in any capacity, with special attention given to those who have been in harm’s way. Those selected are honored at a Veterans Day celebration on campus on Nov. 11. Nominations are currently being accepted.

U professor’s research leads to legislation to protect consumers from predatory lenders
November 13, 2019