A FRESH COAT OF PAINT

A neglected tunnel in Park City became the subject of a community art project by U students Danny Stephens and Miguel Galaz, who offered spray cans and stencils to anyone who passed by.
Janelle Hanson

Every day, Danny Stephens, a U art teaching graduate, walked through the same Park City tunnel on his way to work and saw the potential for something great. It wasn’t until he took an “Art Teaching Practicum” class that an idea came alive: he was going to start an art project with a cause.

Stephens recruited fellow art teaching student Miguel Galaz, and a few of their classmates, to paint a mural in this neglected tunnel and used the opportunity to involve locals and travelers in this endeavor as well.

“I’ve always found that, in the community, you can teach what you want,” Stephens said. “There’s more enthusiasm there than there is in the classroom, where there are rules and red tape.”

To involve the community, Stephens, Galaz and a series of rotating volunteers sat in the Poison Creek tunnel with spray cans and stencils, offering them to anyone who passed by.

“The focus was to bring out the artist in everyone,” Stephens said. “We wanted to revive the creative person in everyone, even if their creativity had been worn down by the daily grind.”

Although Stephens graduated with his degree in art teaching, he finds joy and motivation in inspiring others to be mindful and meditative. His art is a reflection of that inspiration, but he felt that this project was not indicative of his usual style. He designed something that would be more practical for the purpose of the project.

“The design was something I’ve been sketching on graph paper since the seventh grade,” Stephens said. “I don’t usually do geometric stuff, but I wanted to develop a design that would level the playing field, so I chose triangles because I felt that either an experienced artist or a child could paint their triangle, and no one would be able to tell the difference.” 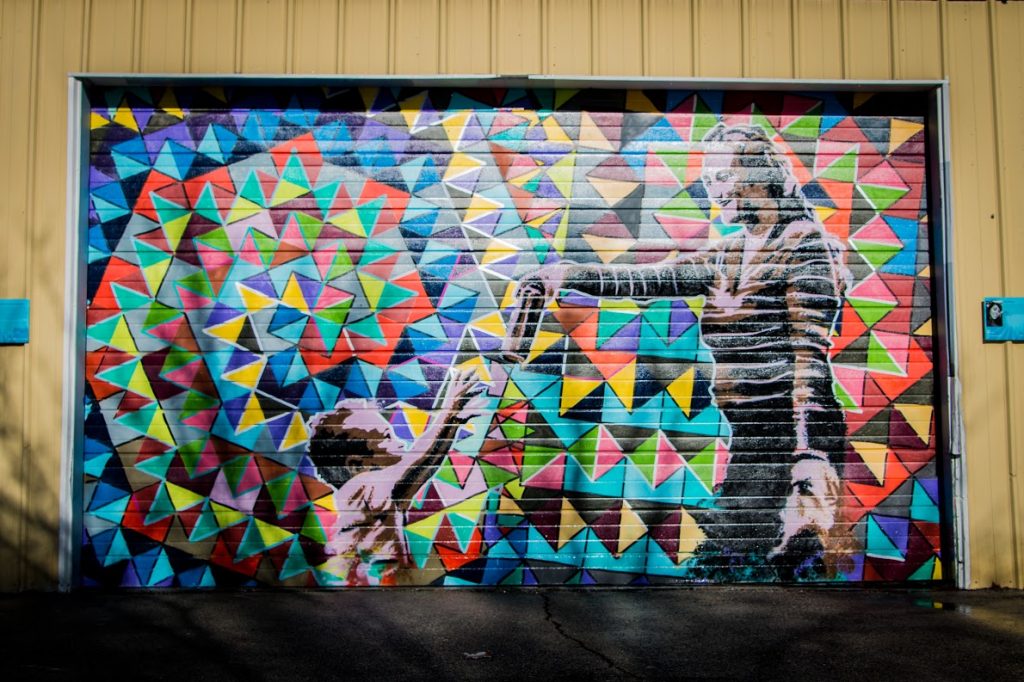 The mural project started small, with only a few contributors dabbling near the tunnel here and there. As artists told their friends and posted about it on the internet, soon over 1,000 people were involved, painting and donating paint to the cause. The project was completed in August, 2015, and still stands today as a symbol of unity in its community.

The team attributes a large portion of the project’s success to their experience at the U. Stephens used the library and the facilities available to him, but felt that his most valuable resources were his professors and the dialogue while he discussed his ideas in class.

The encouragement and advice of teachers not only allowed Stephens and Galaz the opportunity to paint this mural, but it was also a driving force behind their recent award in the Salt Lake UMOCA Mural Contest. Stephens hopes to continue making a difference in the world through art and meditation.

“I don’t see why art should be made if it doesn’t make a difference,” Stephens said. “Art is the tip of the spear for any social change. This mural project changed my whole outlook on art.” 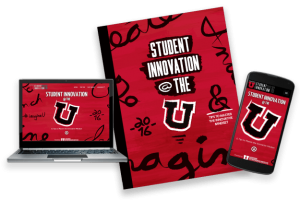 Legacy giving month: Avoiding mistakes in your will

Visualizing what to the human eye is infinitesimal

Clean up on aisle U