2002 Olympic cauldron to get a facelift

Ground has broken on the Rice-Eccles Stadium expansion. One of the first steps is to temporarily remove the Olympic cauldron so it can be fully refurbished and out of the way during construction.
Wes Mangum - Planning, Design and Construction

After standing tall for 18 years on campus, the 2002 Winter Olympic cauldron refused to leave campus. The removal was initially scheduled for Feb. 13, 2020,  but was delayed for 24 hours. The 31,000-pound cauldron was heavier than first estimated and a stronger crane had to be sent to complete the removal. 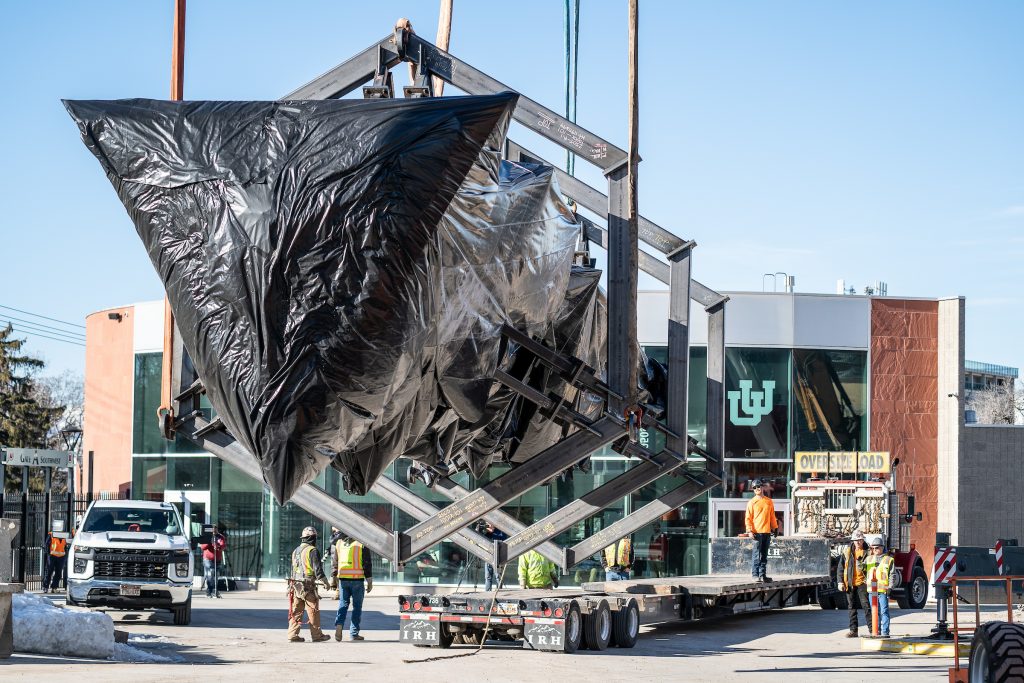 A pair of cranes lifted the cauldron from the Rice-Eccles Stadium Olympic Plaza on Feb. 14. Once it was placed on a truck, police escorted it through Salt Lake City to a secure off-campus location, where it will undergo a yearlong refurbishment process designed to lengthen its lifespan. The relocation and refurbishment process is part of the ongoing construction of the Ken Garff Performance Zone.

“We are grateful for the opportunity to preserve the heritage of the 2002 Winter Olympics by refurbishing the cauldron,” said Robin Burr, University of Utah chief facilities officer. “When it returns to its new home, the cauldron will be in a more prominent location and more available for the public to enjoy.” 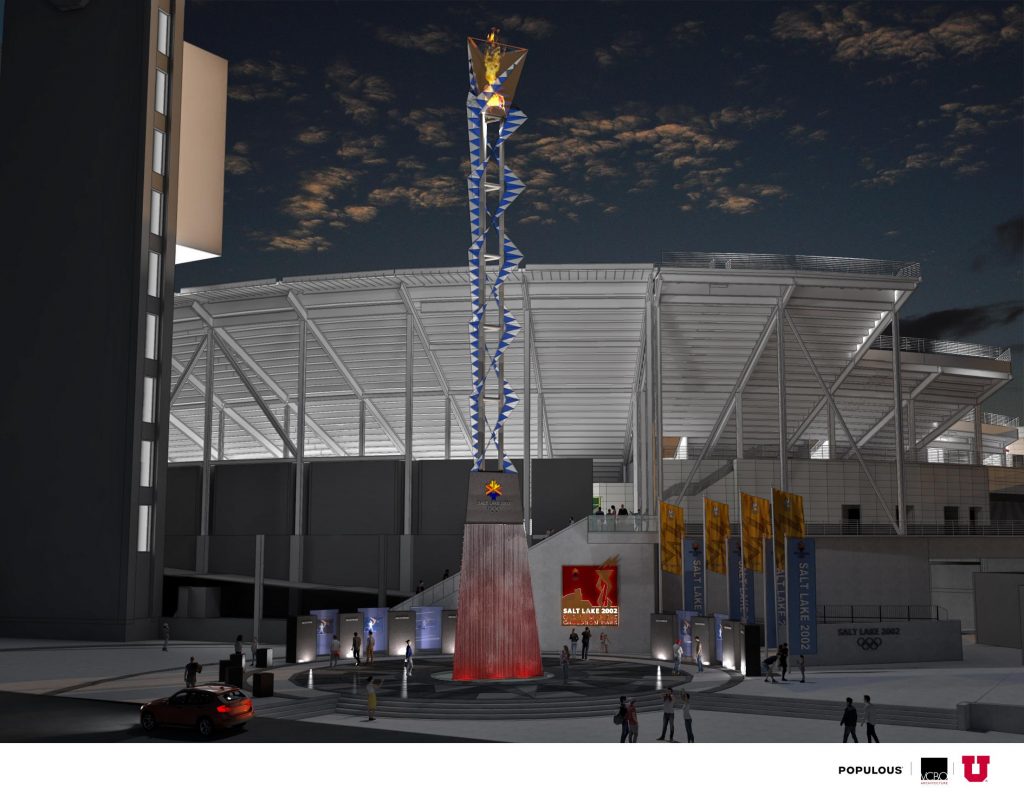 Originally, the cauldron was designed to only last for the duration of the 2002 Winter Olympic Games. The much-needed refurbishment includes stripping the cauldron of its well-weathered 738 glass panes. Higher-quality glass will be put in place along with supportive infrastructure elements. The 72-foot tall cauldron will return in one year, dependent on construction schedules.

Watch the time-lapse of the project below.