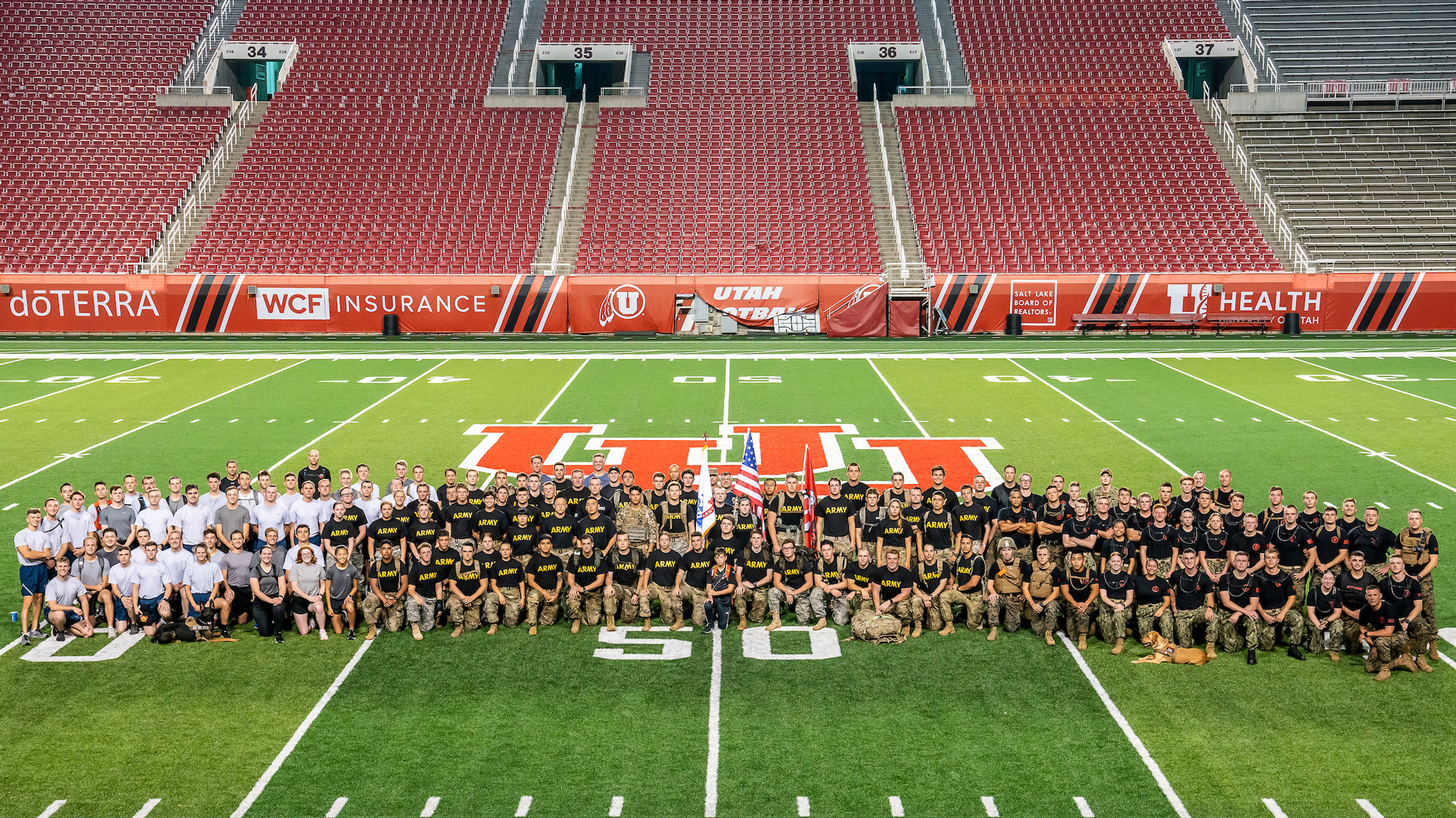 More than 100 U midshipmen and cadets gathered at Rice-Eccles Stadium for the event.