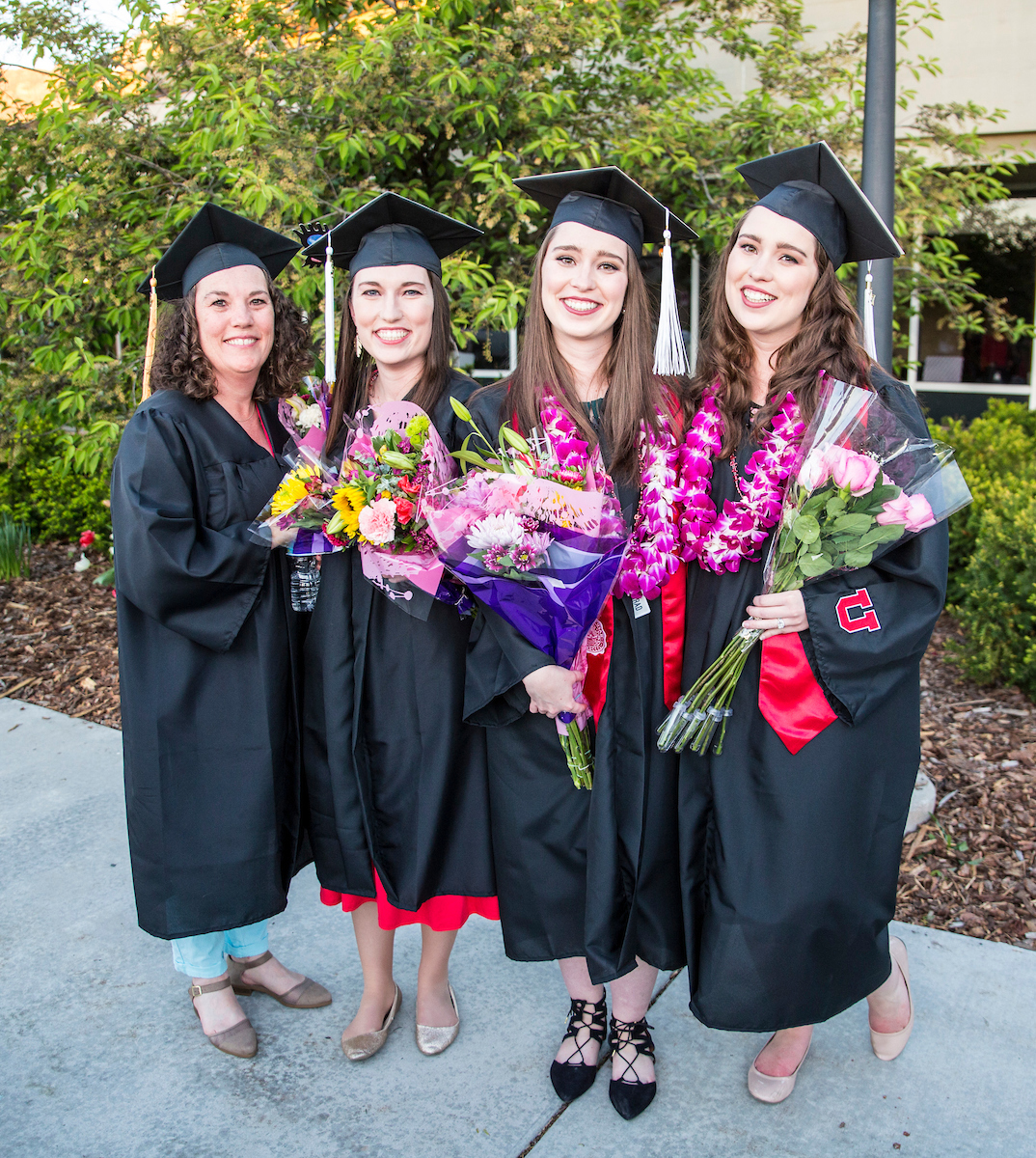 Alison: “I just graduated with three of my daughters last week. I went back to school after graduating 27 years ago with an associate degree in nursing. When my last daughter graduated from high school and I turned 50, it was time to return for a bachelor’s degree in nursing. In the middle of going to school, I was diagnosed with breast cancer. I knew I couldn’t quit because I was worried I wouldn’t go back, so I did all of my classes online. I would work Monday through Friday, 7 a.m.-3 p.m., in the operating room at University Hospital, and then I would walk up to the university’s Huntsman Cancer Institute after work to get radiation treatment. To be a patient and not a nurse is a hard switch sometimes for us nurses, but I think it is always good to see the other side of things.”

Hannah: “I will always remember how hard everyone worked while we were all in school together, especially my mom. She rocked college. There were long nights and cereal for dinner at our house, but it was nice to have each other to bounce ideas around.”

Leigh Ann: “I always knew Hannah and I would graduate at the same time because that’s kind of expected when you’re a twin. It was a wonderful experience going through college together – it wasn’t just one of us stressing about midterms, finals and papers – it was all of us. I’m considering several master’s programs, but I haven’t decided on one yet. Hopefully, I decide soon because the one thing I know I want to do is keep learning.” 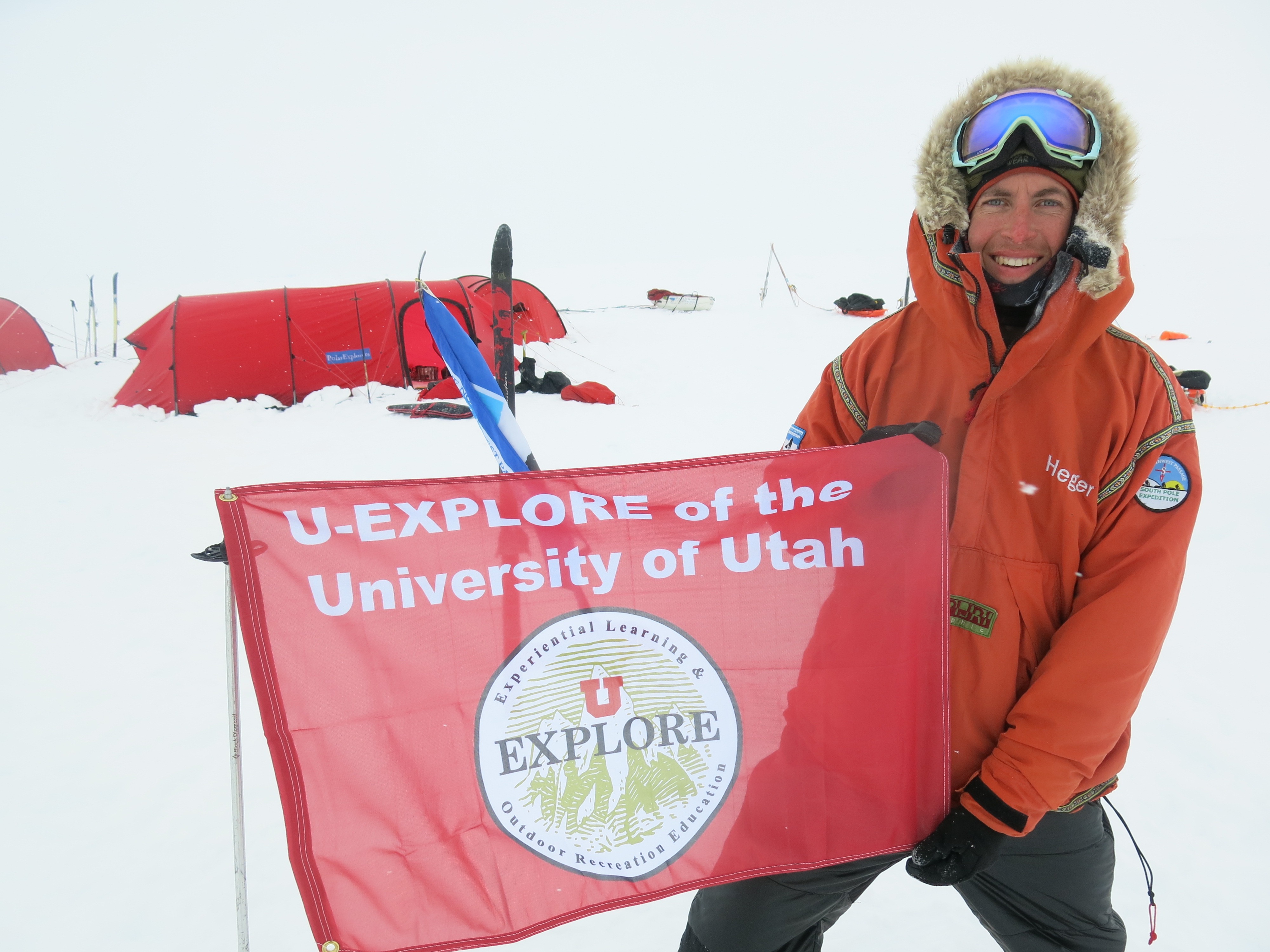 “I recently returned from leading a team of seven individuals to the North Pole. The most challenging part of of the trip was day six, the day we thought we were going to reach the pole. The team was excited about the possibility of being so close to the pole that we decided to push for 16 miles that day. We encountered many pressure ridges (where ice comes together to form large frozen walls) and combined with the low light, it made travel and navigation tough. When we were two miles from the pole, we were stopped in our tracks by an open lead (open water) that was about 25 feet across. When we scouted it in both directions, there was no end in sight to the water. Time was also beginning to run against us. Throughout the entire trip, the ice that we were skiing on was slowly drifting around the arctic circle. If we couldn’t find a way across the open water, we would’ve drifted past 90 degrees north. Skiing against the drift once you’ve passed the pole is near impossible. We made camp for the night and continued to plan our travel for the next day. We knew we had to cross the open water somewhere.

The next morning, we set out to find a narrow point in the lead where the ice was frozen enough for us to cross. After a few hours of skiing, we found a suitable crossing. With the help of some climbing ropes and ice screws that we were carrying, we were able to pull floating ice blocks together to form a bridge that allowed us to cross. We were then within three miles of the pole.

Without a doubt, reaching the 90 degrees 00’00.00 north mark on our GPS indicating that we reached the pole, was the best part of the trip. There is no mark at the pole to tell you that you’ve arrived, but when we hit 90 degrees north, the team was ecstatic. We all celebrated, hugged one another and offered congratulations. It felt especially great to reach the pole after the hardships that we encountered the previous day where we thought all hopes of reaching 90 degrees north were lost.” 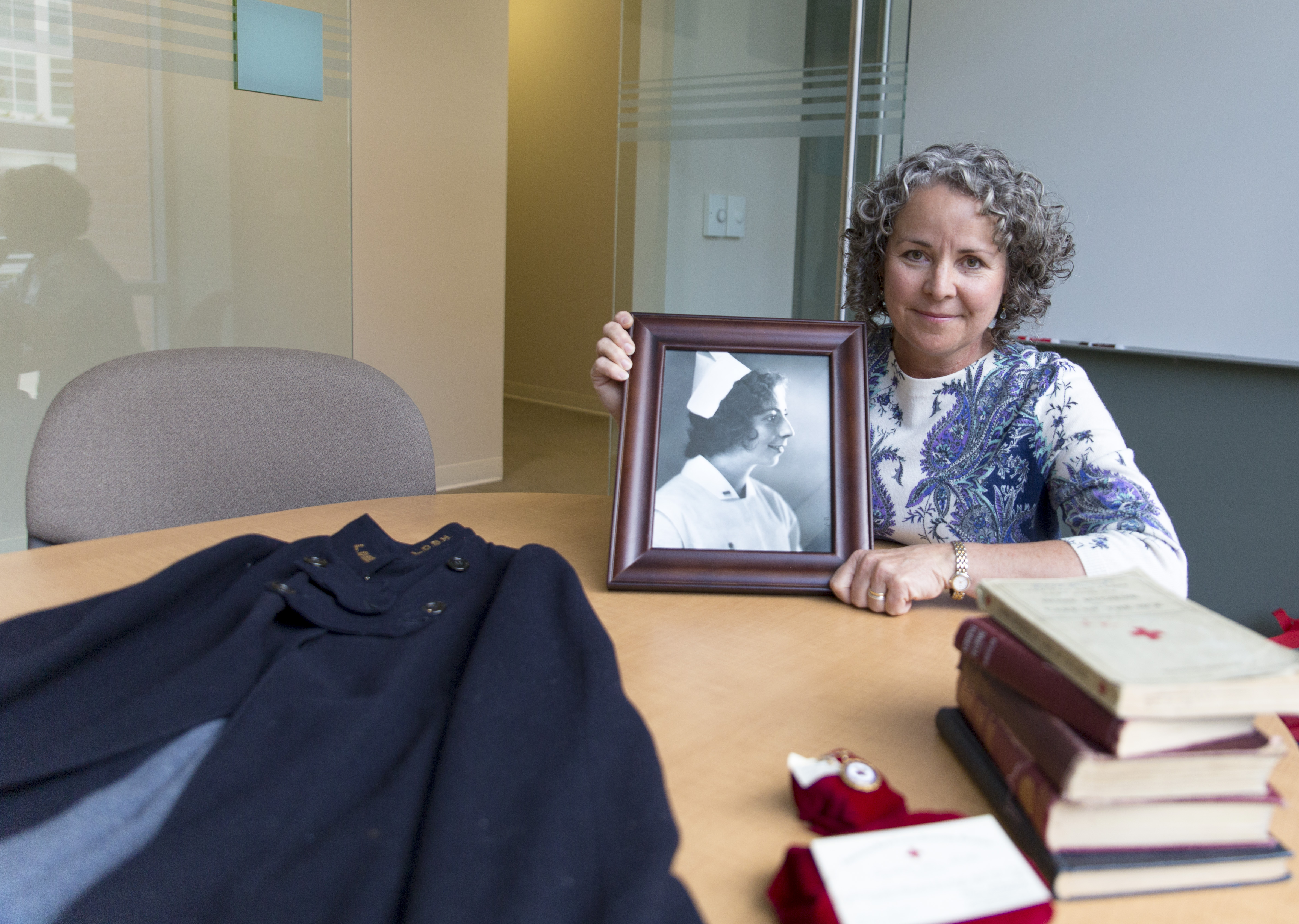 “I’m a nursing professor at the U. My grandmother completed her nursing training nearly a hundred years ago at LDS Hospital, long before nurses could earn a college degree.

Grandma Beth told me about rolling bandages and cooking for sick patients. Once a woman dying from postpartum sepsis begged her to marry her soon-to-be widowed husband. Rules were rigid in the hospital dorm where nursing trainees lived. Dating was forbidden, and secret marriages, if discovered, resulted in immediate expulsion. At the end of a nurse’s three-year, unpaid apprenticeship a ceremony marked her entry into the profession. Each nurse was given a small pin for her uniform and a heavy wool cape embroidered with the LDS Hospital insignia. I was lucky enough to inherit those treasures. After finishing her nursing training, Grandma Beth went to Columbia University for more training. She taught nursing in Idaho Falls, then worked the rest of her life in a small community clinic in Grantsville, Utah.

When I joined the faculty at the U my grandmother had already passed on. I thought about her often and wanted to memorialize her career as a nurse. My extended family came together to name a room in the College of Nursing after her: the Elizabeth Ellen Holton Clark conference room. Her picture now greets me when I meet with students and colleagues. My grandmother never had a chance to earn a college degree. But she was a fierce supporter of nursing education. I may not be a U graduate, but I’m definitely a U supporter and a proud nurse.”