HUMANS OF THE U: ROB MACLEOD AND CHRISTOPHER BUTSON

ROB: “I’ve been cycling to work at the U for the past 20 years and wrote the first Bicycle Master Plan in 1992 when I was assigned to the transportation committee as a faculty member. I’ve been jokingly called the Godfather of Biking at the U.”

CHRIS: “I biked to campus while earning my Ph.D., left for 10 years, biked all that time and now I’m here working with Rob in the bioengineering department and as faculty in the SCI Institute, so roughly 20 years as well.”

ROB: “On a clear day, I love seeing the racks on campus full of bikes. It’s an effort to ride your bike up this hill especially in the winter. It is easier in mild winters like this, but it still presents a challenge. The high level of bike use, even in winter, is the best evidence for the changing perceptions and behaviors of cyclists.”

CHRIS: “I bring my kids with me when I bike. Years ago, I bought a Bakfiets, a popular bike made in the Netherlands with a box in the front that children can sit in. They are definitely made for flatlands, not the hills here in Utah. All totaled: The bike, three kids, all of our bags and gear and me hauling it all, it’s easily 500 pounds rolling along.”

ROB: “Chris and I both have early morning conference calls and we’ve found that we can get those done during the morning bike commute. We’re able to pop in a Bluetooth earpiece and get a meeting out of the way on the way to work.”

CHRIS: “It’s a little harder for me with three kids. They’re always talking and making noise that’s difficult to cover-up on a conference call with someone across the country. It presents a good challenge though.“

ROB: “Today it’s so, so, easy to ride a bike wherever you go. The other day I took my wife’s car into the shop and instead of utilizing their courtesy car, I got my folding bike out of the trunk and blew the guys minds as I unfolded it and took off. The technology and safety are available and they are so easy to take advantage of.“

CHRIS: “People don’t realize that biking is by far the fastest and easiest way to get around on campus. I can get from Warnock Engineering to a meeting in Research Park, door to door, in eight minutes flat. You can’t get from your building to your car in under four, and then you have to deal with traffic and parking when you get to where you’re going.”

ROB: “E-bikes are the future for many potential cyclists. I rent e-bikes for my wife when we travel and she can blow right past me going up this hill.  Nothing gives her greater pleasure than passing me!”

CHRIS: “The U recently created a full-time Active Transportation Manager position and hired Ginger Cannon. Both Rob and I are constantly filling her inbox with pictures of areas on campus that need to be addressed. Like sidewalk corners with no cut-out access for bikes to get on and off, and places where we need more shared access between cars and bikes. Ginger is working with entities from across campus to make sure all modes of sustainable transportation are considered as part of the planning process.”

ROB: “And that’s exactly what is needed. An architect may balk at placing a bike rack in their plans and renderings and even a planning engineer may not remember until it becomes an afterthought. The outcome then is always a mess. We all need to advocate for sustainable transportation during the beginning phases of a university project and find creative solutions to unique problems. Everyone may think that we have insurmountable problems, and hills, here at the U, but we don’t. We just have to open our eyes to the solutions.” 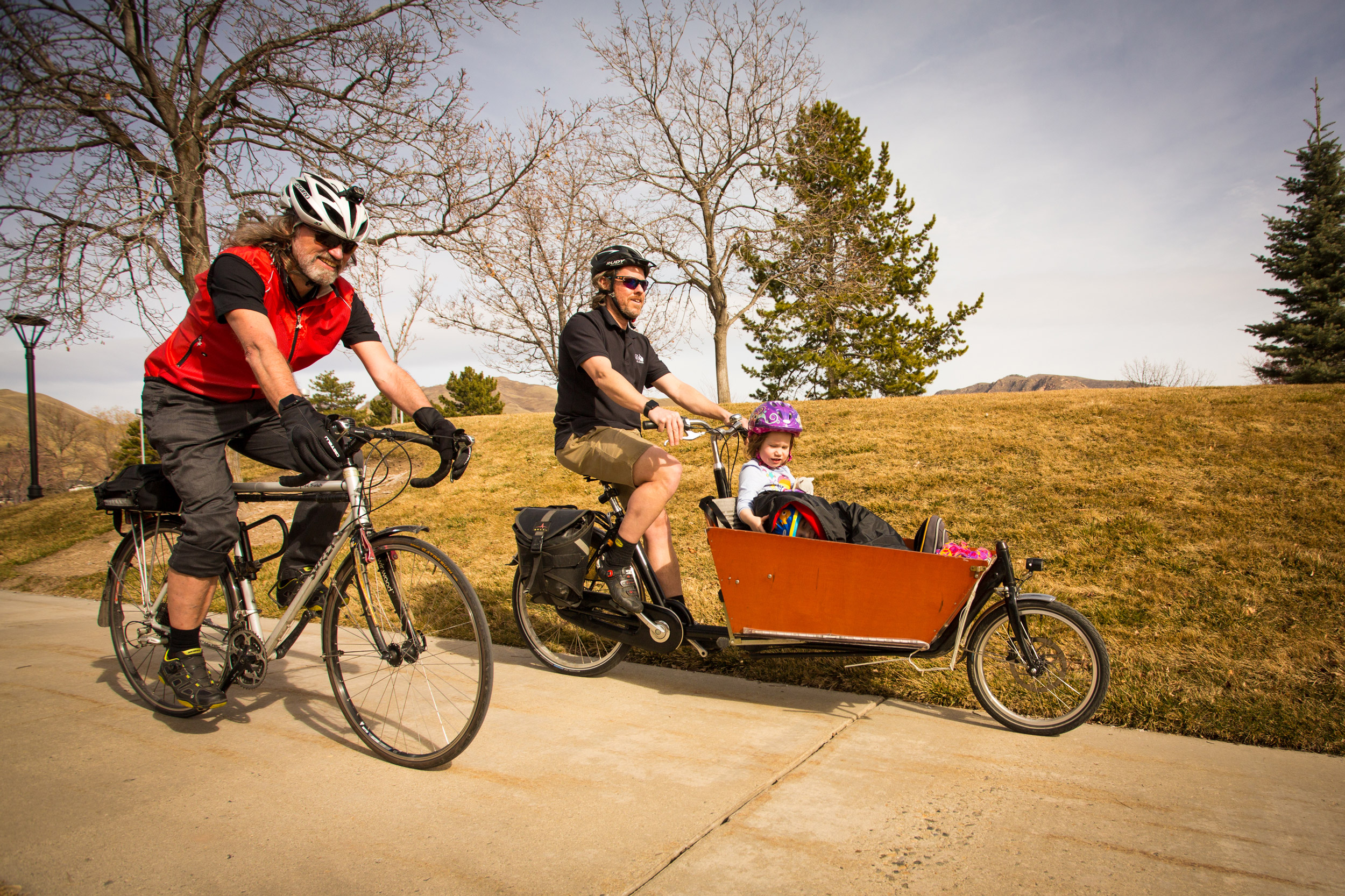