HUMANS OF THE U: AMY GRAHAM

"My moniker is The Bad Ass Valkyrie. I am a gold-medal winner in full-contact medieval combat and part of Team USA’s HMB League."
Janelle Hanson

“My moniker is The Bad Ass Valkyrie. I am a gold-medal winner in full-contact medieval combat and part of Team USA’s HMB League.

I was never a princess kind of girl. I grew up in an abusive home and fighting to survive as the middle child with two brothers. I always loved stories about King Arthur. I escaped through reading. Just after high school, I saw this sport for the first time at a renaissance fair in Oklahoma, where I am from.

When I moved to Utah, I started participating in medieval re-enactment with the Society of Creative Anachronism. In 2012, the U.S. for the first time sent a team to Poland to compete in the Battle of the Nations — which is like our Super Bowl. Women weren’t allowed to fight at the time. I watched the competition via a live stream. It woke something up inside me and I knew this is what I was supposed to do.

On May 30, 2013, competition organizers announced women would be able to fight. Two days later, I started training and I have not stopped.

My armor is a 14th century Eastern European Mongol representation. Our kits have to be documented and historically accurate. My entire suit of armor weighs roughly 60 pounds.

In 2014, I captained the first female team from the U.S. to compete in an international competition. It was in Belmonte, Spain, and we took home the gold.

It sounds crazy, but I love the violent nature of this sport. Especially the adrenaline rush. To be able to grapple grown men and try to bring them down or use the full force of my pole weapon against them — and not go to jail — is freeing. I scream, I grunt, it is all very She-Hulk like. I don’t have to fight the feeling of anger or frustration or stress. It all gets to come out on the field.” 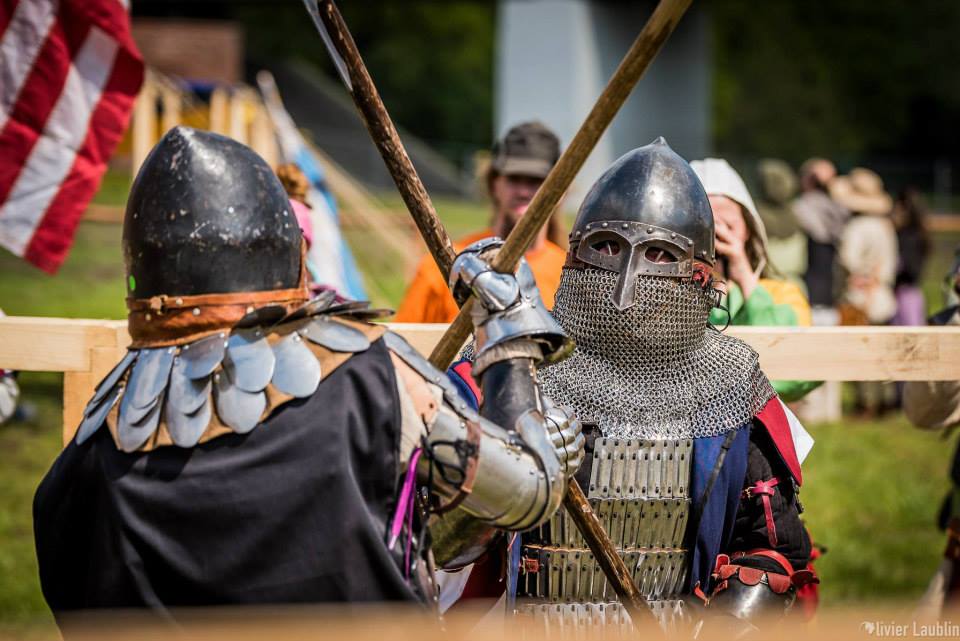