HUMANS OF THE U: ALF SEEGERT 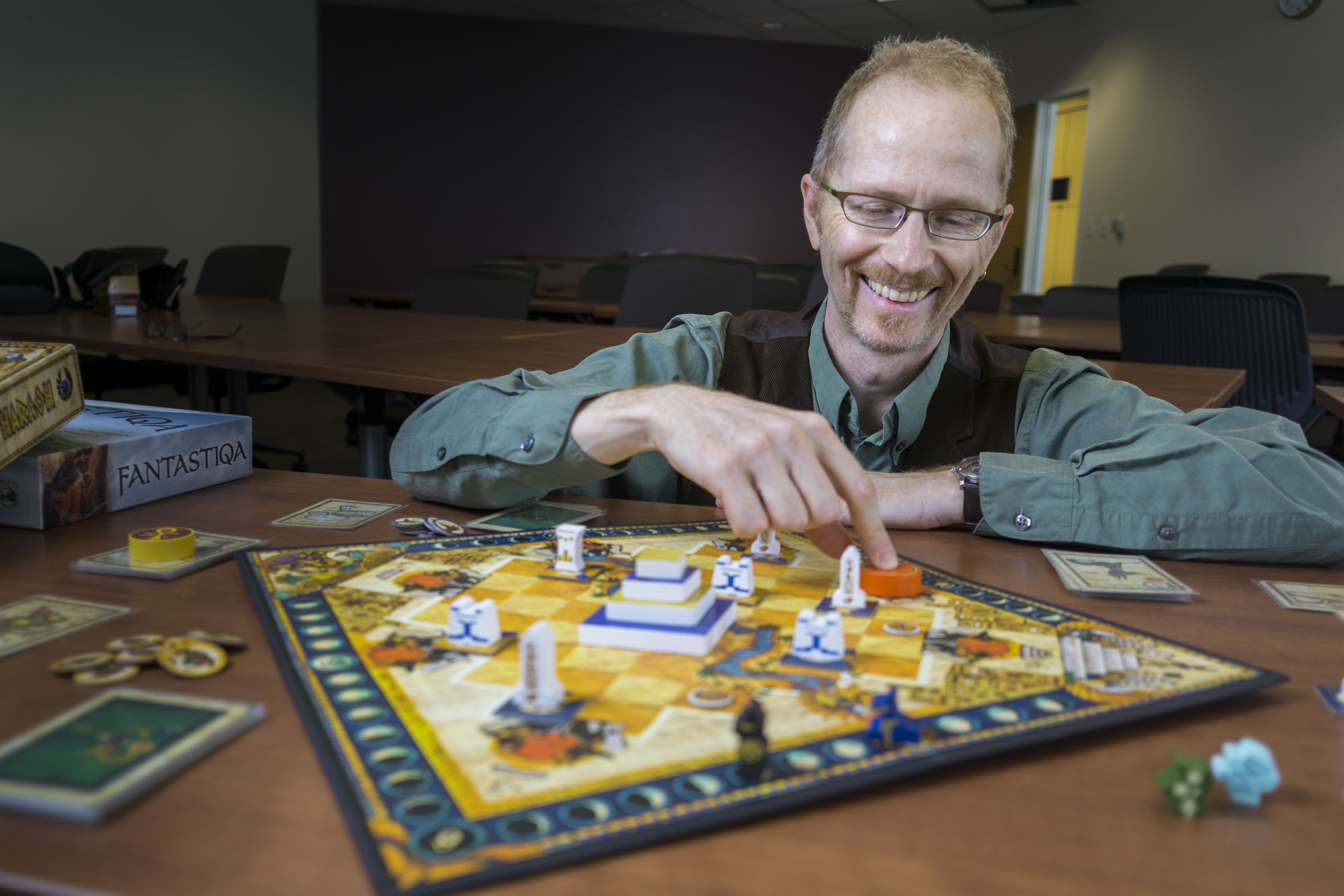 “Like a children’s fantasy book, a board game offers the opportunity to inhabit, however briefly, a different world — yes, to escape.

One type of escape is…that of one unjustly imprisoned…imaginations imprisoned behind bars which rattle but rarely budge. A fantasy world is the sharpened file smuggled inside the prisoner’s cake. Making games — like making stories — is part of that liberation, too.

In all my board games I strive to make it fun for the players to lose themselves in strange characters: Horrible, hungry bridge trolls (Bridge Troll); marauding troll-Vikings (Trollhalla); or cackling medieval pardoners preying on pilgrims wending their way to Canterbury (my adaptation of Chaucer in The Road to Canterbury). But my favorite of the bunch so far is Fantastiqa, a tribute to my love for fantasy literature ranging from Lord Dunsany to “The Phantom Tollbooth.”

In an age of hypermediation, there’s also something both quaint and deliciously subversive about an art form that requires its participants to sit face-to-face around a table in a shared space of play.”