HUMANS OF THE U: ERIN HERNANDEZ & ANABEL SANTIAGO 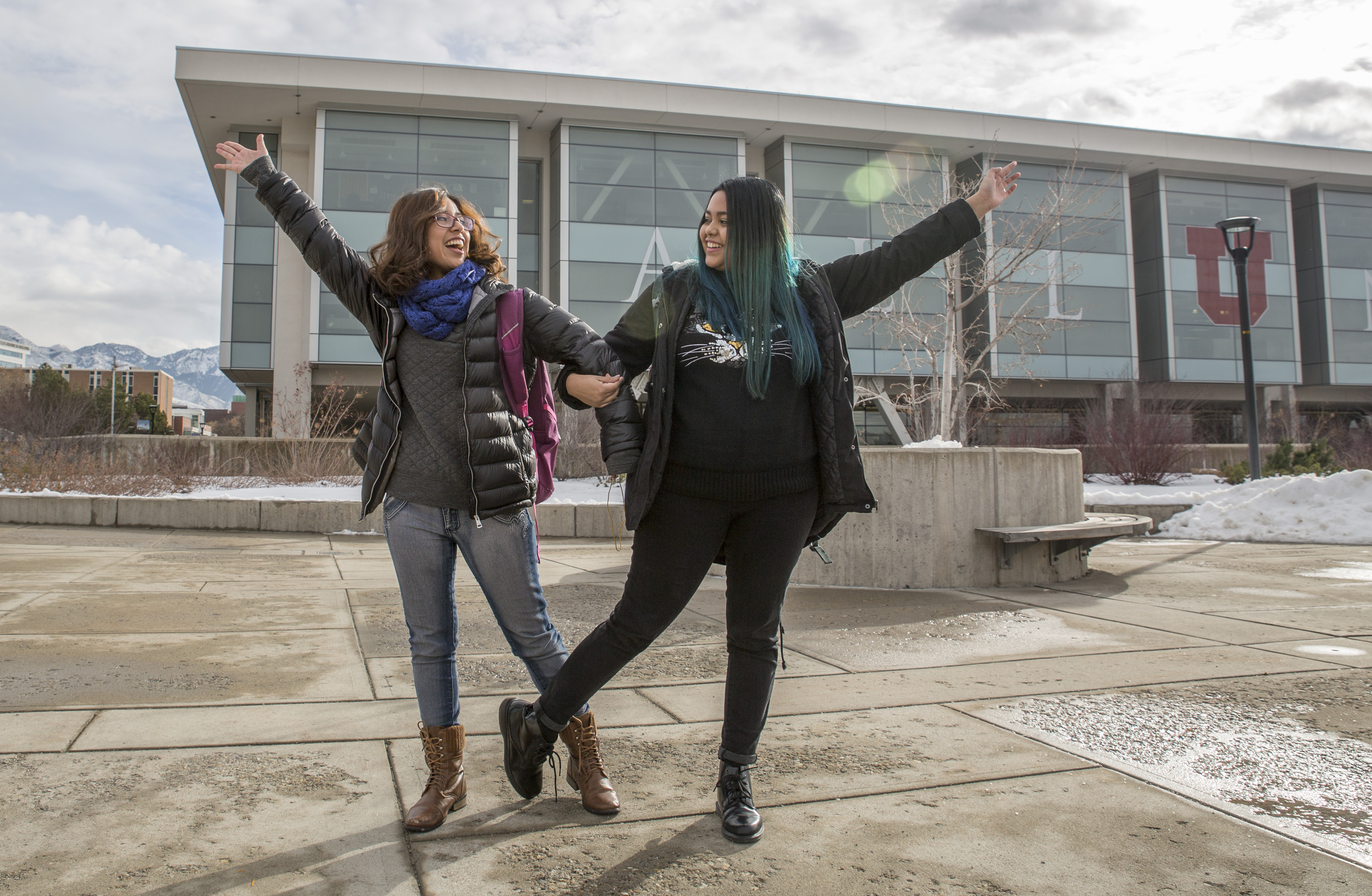 Erin: “We were sitting in Diversity Scholars class and I was talking about a K-pop group with a friend and Anabel was, like, ‘What?! You like them?’ Then we hugged each other.

Anabel: I felt like I needed to explode! I can’t talk about K-pop with a lot of people because they don’t know about it.

Erin: K-pop was the connection but our shared culture is how we got closer.

Anabel: The election is when we realized we shared a cultural connection . . .

Erin: . . . as Latino Americans. Being in the Diversity Scholars class, I have an actual connection to my culture. I don’t think I ever felt that before. All of sudden there were labels and terms and names for things I was feeling. It was really validating. It wasn’t just me going through these things, there are other people who feel this way.

Anabel: I go to a predominately white institution but then I go home and everybody there is Latino. I felt like I wasn’t too Mexican nor too white to fit into either community. Now, I realize a lot of people have felt you can’t fit into two communities. And it’s OK.”