Wendy Davis, lawyer and politician from Texas who was in the national spotlight for holding an 11-hour filibuster to block a bill that would restrict access to safe reproductive health care, will give the keynote address.
Janelle Hanson

By Estela Hernandez, public relations and events specialist, University of Utah Office for Equity and Diversity

The University of Utah presents its 2016 Women’s Week, March 21-25. This year’s theme, “The Political Body” focuses on the political implications of legislated regulation of women’s 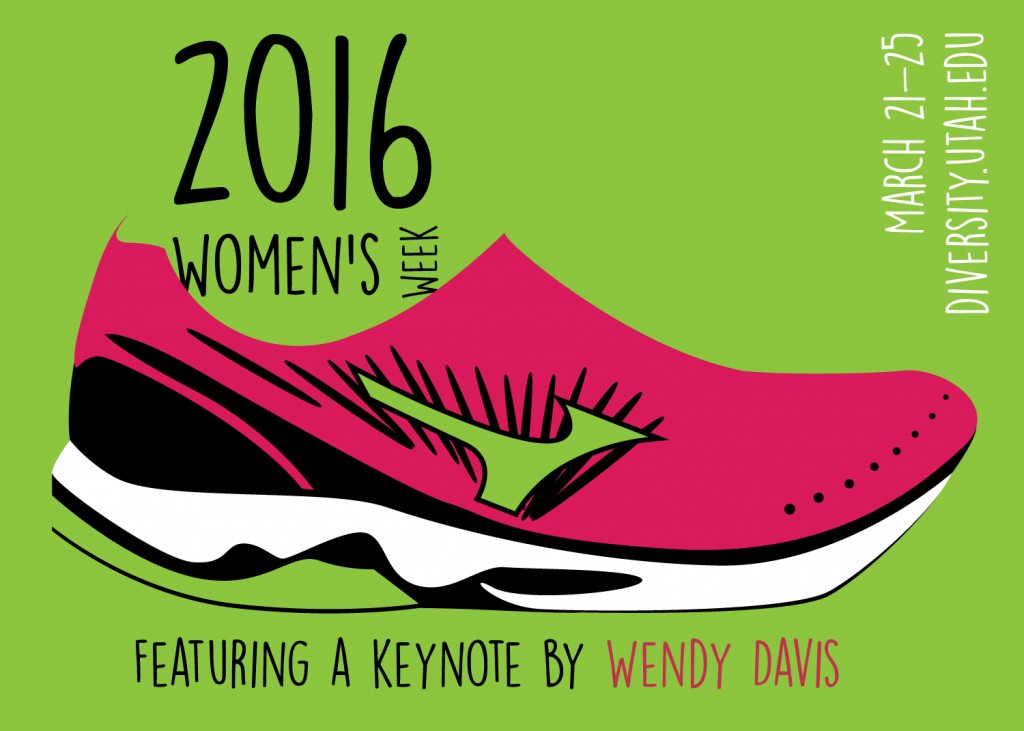 bodies. Topics include adoption as a form of reproductive access, campus rape culture and local access to health care for marginalized communities.

“How we approach women’s health — as individuals, communities and as a country — is tied up in broad issues of political personhood and women’s rights,” said Susie Porter, chair of the Women’s Week Committee.

Former Texas state Sen. Wendy Davis will deliver the keynote address on March 24 at noon in the Union Ballroom. She will discuss the implications of removing access to reproductive health care.

Women’s Week activities at the University of Utah include:

“The Hunting Ground” is a documentary that follows campus rape survivors as they pursue their education and fight for justice. The film uses first-person testimonial as well as real footage to expose the prevalence of rape crimes on U.S. campuses and the needs for institutions to change the ways in which rape reports are handled.

Caren Frost, a research professor and director of the U’s Global Social Work program will moderate a discussion with Debra Penney, associate professor in the College of Nursing; Angela Romero, Utah State representative; and Heather Stringfellow, vice president of public policy for Planned Parenthood Association of Utah. Panelists will discuss the local implications of national issues of reproductive rights and justice.

“No Mas Bebes” tells the story of a little known, but landmark event in reproductive justice, when a group of immigrant women sued county doctors, the state of California and the U.S. government after they were sterilized while giving birth at Los Angeles County UCS Medical Center during the late 1960s and early 1970s. In this 1975 civil rights lawsuit, Madrigal v. Quilligan, the plaintiffs argued that a woman’s right to bear a child is guaranteed under the Supreme Court decision for Roe v. Wade.

Using adoption as an example of motherhood that comes in different packages, Martha Ertman, former faculty member of the S.J. Quinney College of Law, and now research professor at the University of Maryland Law School, will discuss the way that contracts honor uncommon parental roles. Ertman mixes a memoir of her own journey to motherhood with legal analysis, arguing that Utah’s “adoption-friendly” laws and policies which facilitate the process for birth-parents to relinquish parenthood to adoptive-parents, need change. 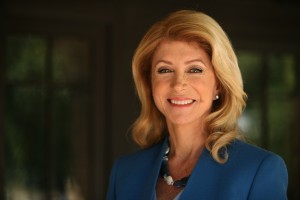 Wendy Davis is a lawyer and politician from Fort Worth, Texas. Davis stepped into the national spotlight in 2013 when she held an 11-hour filibuster to block Texas’ Senate Bill 5 — a measure which would sharply restrict access to safe reproductive health care for women in Texas. Davis will discuss the implications of restricting women’s reproductive freedoms and rights and what the future might hold for legislation of women’s bodies.

The U College of Social work is hosting the Sing Our Rivers Red traveling earring exhibit. The earrings represent the epidemic of missing and murdered Indigenous women and colonial gender-based violence in the United States and Canada. The event strives to raise consciousness, unite ideas and demand action for Indigenous women, girls, Two Spirit and LGBTQQIA people who have been murdered or gone missing, tortured, raped, trafficked or assaulted, and who have not had the proper attention or justice. The exhibit will be available throughout the day, with a short program at 4 p.m.

The Interethnic Health Alliance is a nonprofit organization that works to assist rural communities in developing countries, primarily in Uganda, to obtain adequate health care, education for children and access to fair wages. One such program is the microloan program, which, since 2009 has funded 29 women-managed associations to create self-sustaining businesses. Though these loans help toward the goals of economic advancement, many questions and needs remain. These short stories tell about the struggles and resilience of many women whose needs are often ignored.

All events are free and open to the public. For more information on weeklong events, visit diversity.utah.edu/ww.