Today, Africa has five species of massive, plant-eating mammals, the so-called megaherbivores: Elephants, hippos, giraffes and white and black rhinos. Millions of years ago, however, there was a much greater diversity. When and why these species disappeared has long been a mystery for archaeologists and paleontologists, despite the tool-using and meat-eating human ancestors getting most of the blame.

A new study, led by J. Tyler Faith of the Natural History Museum of Utah and the Department of Anthropology at the U, disputes a long-held view that our earliest tool-bearing ancestors contributed to the demise of large mammals in Africa over the last several million years. Instead, the researchers argue that long-term environmental change drove the extinctions, mainly in the form of grassland expansion likely caused by falling atmospheric carbon dioxide levels. 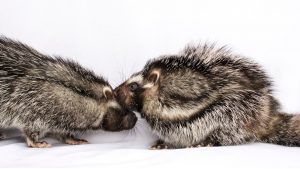