A little more than 10 years ago, chirping could be heard from the University Marketing and Communications office. It wasn’t quite an audible tweet, but more the sound of hatching. And with it, the birth of @UUtah (and @uofu and @uofutah, both of which still rest in the nest, safe from the snapping beaks of the Twitterverse). Since that May 2008 day, the U’s central Twitter account has been a source for news, alerts, events, live look-ins and good old-fashioned banter between friends.

Actually the first tweet from the University of Utah didn’t occur until January 2009, a good seven months after the institution joined the fledgling platform. At the time, Twitter had 6 million users (today, there are 330 million active users), and a lot of those users sent texts to tweet. Images weren’t introduced until 2011, and the ability to live stream video much later.

But it was good at automation, which the U took advantage of with that first tweet synced to a blog post from the 2009 Sugar Bowl.

Undefeated Utes – Just One More Utah Secret: Now that the Sugar Bowl game is over, and the underdog University o.. http://tinyurl.com/8agtuj

Kind of lame (syncing that first tweet, not that year’s Sugar Bowl). But even Twitter’s first ever tweet was automated.

Eventually though, as the platform grew, so did the importance of Twitter in the university’s communication quiver. It became a way to communicate far and wide with journalists and influencers across the globe. And it also became a way to increase the conversation amongst colleges, departments and offices right here on campus. Today, there are literally hundreds of U-affiliated accounts providing academic, athletics and campus life information.

The platform is not just for marketers and public relations professionals. The world of academia has embraced the technology, as well, for many of the same reasons.

“As an academic, I find Twitter to be super important in interacting with other scholars as well as folks who work in politics and journalism. I can keep abreast of current issues and research,” said Shannon McGregor, a communication professor, whose research interests include political communication, social media, public opinion journalism studies and gender. More U faculty on Twitter can be found here.

Here are some highlights over the past 10 years on Twitter:

Sad day for campus community. RIP Big Ed’s. What you lacked in culinary skills you made up for in character. Going to miss the Gawd Awful. pic.twitter.com/iR7X59eBgE

To the kid reppin’ the Y amidst all those U’s, you be you. The state would be lesser off without some blue. #GoUtes! pic.twitter.com/6XfeEqzutx

You all are great partners in educating the state of Utah! ?#NationalComplimentDay

Proud to be one of 28 universities in the U.S. to be named a bicycle-friendly campus by the @BikeLeague! pic.twitter.com/el8CMkey0I

#FlashTheUFriday from the largest incoming class we’ve ever had! Thanks to the #ClassOf2021 for reppin’ the U, & welcome to campus! #GoUtes! pic.twitter.com/LVM7ljHE21

That time we started the internet.

The Bulldog with @FOXSports1 after a come-from-behind victory over #USC! #GoUtes! #USCvsUTAH pic.twitter.com/5EXOOuscJH 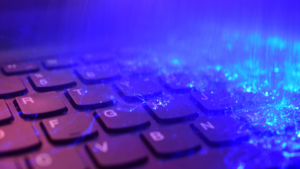 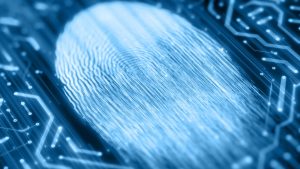