U alum Thiago Ize received a Scientific and Engineering Academy Award for work on a program used by many visual effects and animation companies.
Janelle Hanson

Every time you go to the movies, there’s a good chance the roaring spaceships or fantastical beasts wowing audiences were brought to life in part thanks to the work of software engineer and University of Utah alum Thiago Ize. 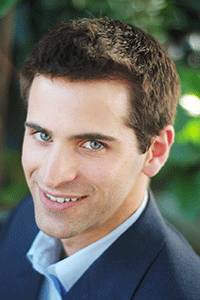 That’s because Ize, a University of Utah School of Computing graduate who also worked at the U’s Scientific Computing and Imaging Institute (SCI), works on the Arnold Renderer, a program used by many visual effects and animation companies that draws computer generated images for films and television. And for his work, Ize, along with a team of four other software engineers, were awarded a Scientific and Engineering Academy Award. The award was announced Jan. 4 and will be awarded Feb. 11 in Beverley Hills, California. Also named for the award were the software’s creator, Marcos Fajardo, as well as Chris Kulla and Clifford Stein of Sony Pictures Imageworks, and Alan King of Solid Angle.

“It’s really nice,” said Ize about winning an Oscar. “It’s definitely exciting. There are many amazing people who work on Arnold, so to be named a part of this small group is like an award within an award.”

Ize, who still lives in Salt Lake City, is a principal software engineer for Solid Angle, a software company based in Madrid, that develops the Arnold Renderer (which was oddly named after movie star and former governor Arnold Schwarzenegger). The program takes scenes created by artists and renders them in a computer one frame at a time to ultimately produce a visual effect for motion pictures, television shows, video game trailers and commercials. The advantage with Arnold over other software renderers is that it can do the job more efficiently, with less computer memory and less time. Producing a single frame of a computer-generated visual effect can often take hours, but the Arnold Renderer can do it much more quickly or produce an image with more detail in the same amount of time.

As an engineer for Solid Angle, Ize’s job is to make the program even faster and more efficient. His software has been used by visual effects artists for such blockbusters as “Gravity,” “Arrival,” “Fantastic Beasts and Where to Find them,” “Deadpool,” “The Martian,” “Game of Thrones” and “Star Wars: The Force Awakens.”

Ize is the second School of Computing alum to win a technical Academy Award in the past two years. Colette Mullenhoff, who earned her master’s from the U in 1998, won an Oscar in 2015 for her work on Industrial Light & Magic’s Shape Sculpting System, digital animation software that allows artists to change the shape or face of a CGI character on the fly so they can see the results instantly.