The University of Utah Board of Trustees announced that Russell M. Nelson, C. Hope Eccles and William J. Rutter will receive honorary doctoral degrees from the university this year.

Nelson is a world-renowned former heart surgeon and is president of The Church of Jesus Christ of Latter-day Saints. Eccles is a longtime education advocate who has served the university and the community in numerous capacities. Rutter, founder of Synergenics and co-founder of Chiron Corporation, is often referred to as the “father of biotechnology” for his groundbreaking contributions in that field.

The general commencement ceremony will be presented virtually on Thursday, May 6, 2021, in keeping with health guidelines during the pandemic.

“Our honorary degree recipients have exemplified courage, vision and service in their professional careers and their personal lives,” said Kim Brunisholz, chair of the Board of Trustees’ honors committee. “They have modeled excellence in character and lived up to the highest ideals of the University of Utah. We are delighted to show our appreciation with an honorary degree.”

Honorary degrees are awarded to individuals who have achieved distinction in academic pursuits, the arts, professions, business, government, civic affairs or in service to the university. The Honorary Degree Committee, which includes representatives from the faculty, student body and Board of Trustees, reviews nominations and then consults with an advisory group of faculty, staff and administrators for additional input. Finalists are presented to the university president, who selects recipients.

Here are overviews of this year’s honorees.

Before dedicating himself full time to ecclesiastical service, Russell M. Nelson was a world-renowned surgeon. He helped pioneer open heart surgery at a time when many believed that touching a human heart would cause it to stop beating. He was set apart as the 17th president and prophet of The Church of Jesus Christ of Latter-day Saints in January 2018. Nelson had served as a member of the church’s Quorum of the Twelve Apostles since 1984. 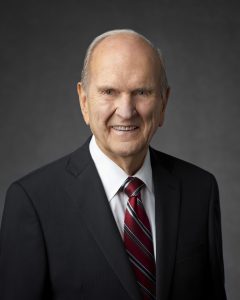 By 1955, Nelson had returned to his home state and became the first surgeon to perform open-heart surgery in Utah, using a heart-lung bypass machine he built with the help of his wife Dantzel W. Nelson, whom he met while a student at the U. Because of Russell Nelson, Utah became the third state in the country to have a successful open-heart surgery.

Russell Nelson worked as a surgeon at LDS Hospital, where he was chair of the Division of Thoracic and Cardiovascular Surgery. He was a research professor of surgery and director of Thoracic Surgery Residency at the University of Utah’s School of Medicine for almost two decades, training generations of cardiac surgeons.

Nelson was also a pioneer in the field of global health. In 1980, he traveled to Shandong, China, where he trained surgeons to perform open-heart surgery. Today, it is estimated that more than 2,000 heart operations are done annually at Shandong University’s affiliated hospitals by surgeons, some of whom were trained by Nelson.

He authored or co-authored more than 100 research articles and chapters in medical textbooks. Nelson lectured at and visited medical schools throughout the U.S. He also served as a visiting professor of surgery in Mexico, Uruguay and Russia.

Nelson once said, “Education is the difference between wishing you could help other people and being able to help them.” He has dedicated his life and career to relieving the suffering of individuals of all religions and nationalities, offering hope and the potential for a better life to millions of people around the world.

In 2018, a Presidential Endowed Chair in Cardiothoracic Surgery was created at the University of Utah in honor of Russell Nelson and Dantzel W. Nelson. In 2009, Nelson donated manuscripts, publications, films of surgical procedures, operative records and other items related to his career as a cardiac surgeon to the J. Willard Marriott Library’s special collections, establishing the Russell Marion Nelson Collection.

Russell Nelson and Dantzel W. Nelson, who passed away in 2005, are the parents of 10 children. He married Wendy L. Watson in 2006.

Hope Eccles has a passionate commitment to education and educational reform. Her long-standing advocacy for higher education, in particular, arises from her recognition of a college degree’s transformative power to shape career and life success.

Eccles received a bachelor’s degree in economics and political science from Stanford University and a juris doctorate from the U’s S.J. Quinney College of Law. She also received an MBA, with an emphasis in finance, from Columbia University Business School.

She was a judicial clerk to the Honorable Stephen H. Anderson of the United States Court of Appeals for the 10th Circuit and began her legal career as an associate in the New York law firm of Paul, Hastings, Janofsky & Walker. 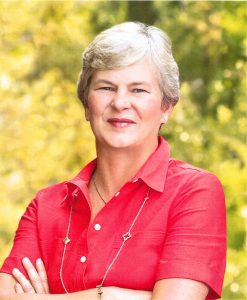 Eccles has filled many roles in her efforts to improve education in Utah. She served as the co-chair of former Gov. Jon M. Huntsman’s Transition Committee on Education and as his Deputy for Higher Education from 2004-05. She is also the co-chair of Envision Utah’s “My Education, Our Future” committee.

Eccles currently serves on University of Utah Health’s Community Board of Directors as well as on its Budget and Finance Committee, and she is actively involved in the search for University of Utah Hospital’s next CEO. She also served on the university’s Board of Trustees for nine years, including in the capacity of vice chair, as a member of the executive committee and as chair of the audit committee. She has been a member of the S.J. Quinney College of Law’s Alumni Association, including participating for six years on its board of directors, since 1994.

Her service to the University of Utah is extraordinary given that she filled these volunteer responsibilities for a number of years while commuting from Washington, D.C., where she and her family were living.

During her years as a trustee, Eccles was instrumental in creating momentum around student support, specifically in helping create the Eccles Scholars program in the Honors College.

Eccles serves on the boards of the Marriner S. Eccles Foundation and the Spencer F. & Cleone P. Eccles Family Foundation, on the Advisory Committee of the George S. & Dolores Doré Eccles Foundation, and is the manager of many of the family’s businesses. Her professional experience also includes serving on the advisory board for The Cynosure Group and as the co-owner and president of the Goldener Hirsch Inn, located at Deer Valley Resort, where she oversees all aspects of its operations, including a recent $100 million expansion. She also is the past chair of the C. Comstock Clayton Foundation board.

Her community engagement includes serving on the advisory council of Stanford University’s Bill Lane Center for the American West and membership in the Junior League of Salt Lake City.

She previously served on the boards of the National History Museum of Utah, Tracy Aviary, Kimball Art Museum, the Governor’s Mansion Foundation, Legal Aid Society of Salt Lake, SkiUtah, and TreeUtah. In addition to service in Utah, Eccles was a member of the boards of Beauvoir School, St. Albans School, and the Septima Clark Public Charter School, all located in Washington, D.C.

Eccles and her husband, Randal Quarles, are the parents of three children.

William J. Rutter is often referred to as the “father of biotechnology”—and for good reason.

Rutter, an alum of the U, was instrumental in developing the University of California, San Francisco (UCSF), into a major scientific institution and facilitating the growth of a vibrant biotechnology industry in the Bay Area. He was recruited to UCSF in 1968 as chair of its then-new Department of Biochemistry and Biophysics and introduced a collaborative, interdisciplinary approach to research. His lab made key contributions to developing recombinant DNA technology to produce insulin and other hormones from yeast. This process is now used to manufacture insulin worldwide and has been used to develop vaccines particularly against Hepatitis B and other diseases.

In 1981, he co-founded and chaired Chiron Corporation, a pioneering biotech firm that developed, in collaboration with Merck, the first recombinant DNA-based vaccine for Hepatitis B. He was the first to sequence the HIV genome. And he and his group discovered, cloned and sequenced the Hepatitis C virus, providing a pathway to diagnostic tests and treatments for these diseases. Quantitative tests developed by Chiron for all three diseases are now used worldwide to ensure the safety of blood and blood products for clinical use. Chiron was eventually acquired by Novartis and Rutter served for a time on its board of directors.

In 1982, Rutter was appointed director of the university’s Hormone Research Institute, a position he held until his retirement in 1991. He retains the title of Herzstein Professor of Biochemistry, Emeritus. During his academic career, Rutter authored or co-authored more than 381 scientific articles. He holds 26 patents.

After retiring from UCSF, Rutter joined Chiron full time, serving as a spokesman and developer of the biotechnology industry. In 1999, he founded Synergenics LLC to develop complementary approaches to diagnosis, prevention and treatment of infectious and metabolic diseases. Each of these distinct approaches is set up for a separate company, and Synergenics assists these start-ups with direct leadership, financial support, shared space and administrative services. 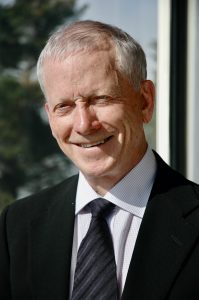 Rutter has co-founded and served on the boards of several other biotech companies, including Cytokinetics and Sangamo Biosciences. He served as a senior trustee of the Carnegie Institution for Science and was a member of the Board of Overseers at Harvard University. He currently serves as board chairman of eight different biotech companies operating under the auspices of Synergenics. He is also co-founder, with James Spudich, and chairman of Kainomyx, a company focused on development of vaccines and drugs for malaria and other eukaryotic diseases that have no current effective treatments.

Rutter was born and raised in Malad, Idaho, and currently lives in San Francisco.