U AMONG TOP 100 UNIVERSITIES IN THE WORLD

Once again, the University of Utah is among the top 100 universities in the world. According to the 2018-2019 Center for World University Rankings, the U ranks 83 out of 18,000 universities worldwide. The CWUR ranking is the largest academic ranking of global universities.

This year, the U ranks: 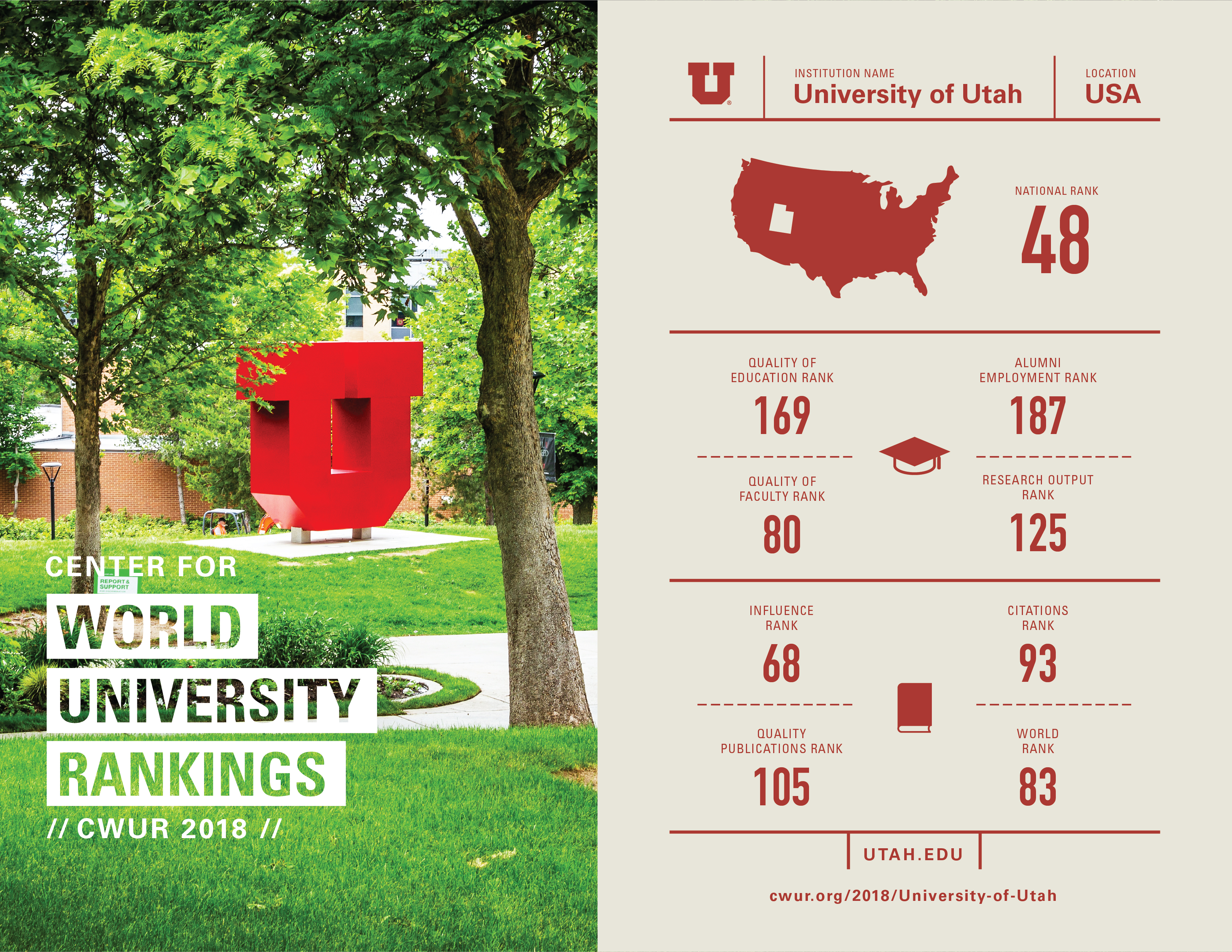