Across the animal kingdom, males hoot and holler to attract females and ward off competing suitors, but howler monkeys evolve two sex tactics to pass on their genes.
Janelle Hanson

Who knew monkey sex would be a subject of worldwide interest?

U anthropology professor and chair Leslie Knapp found out that primate procreation indeed is fascinating to a large audience after her new study about howler monkey sexual strategies gained global attention. It spurred stories in news media ranging 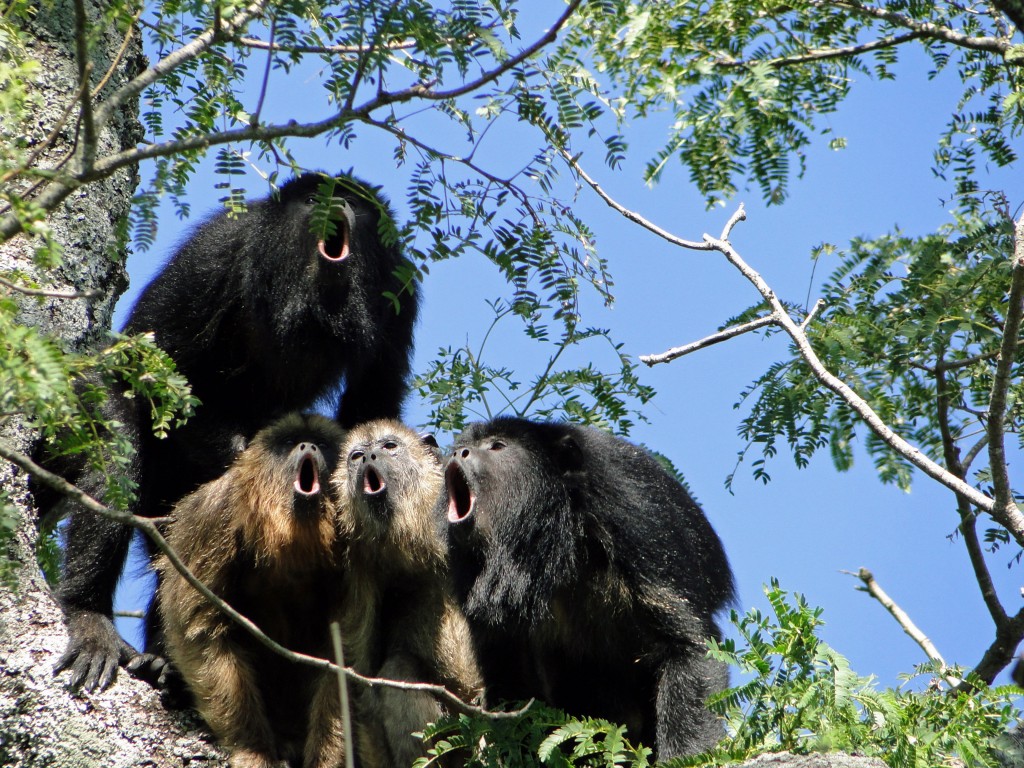 “I’m surprised at the amount of attention the paper got because monkeys usually are not in the headlines,” Knapp says. “But I see people are interested in animal behavior, why they do certain things and how it relates to us.”

The study involved various species of howler monkeys, which live in Central and South America. Knapp and colleagues found that monkeys with the largest hyoid bone – a cup-shaped vocal-tract bone that amplifies their calls – have the deepest howls, but also have the smallest testicles and live with harems of females. Howler monkey species with the smallest hyoids have the largest gonads and live in groups with multiple males and females.

The findings elegantly illustrate how different species evolved different strategies to successfully sire offspring and pass their genes to future generations. The howlers with the deep voices use their calls to attract females and scare off male competitors. But a deep call doesn’t help howler monkeys who live with other males and must compete to mate with multiple females. For them, bigger testes mean more sperm and thus the ability to mate repeatedly and increase the odds their sperm will fertilize eggs.

Knapp was cautious about making comparisons with humans, but noted some research indicates women prefer men with deep voices like that of soul singer Barry White.

By last week, the global story had come full circle: It was discussed in a mammalogy class at the U taught by biology postdoctoral fellow Jimmy Ruff.

For those who haven’t seen a howler monkey bellow, watch the video here.

Click here for more about Knapp’s study, which she conducted with researchers from Britain and Austria.