Every other Monday evening, David Derezotes can be found in a cozy radio studio just off North Temple.  He adjusts his headphones and pulls the microphone close.  It’s 6 p.m. – 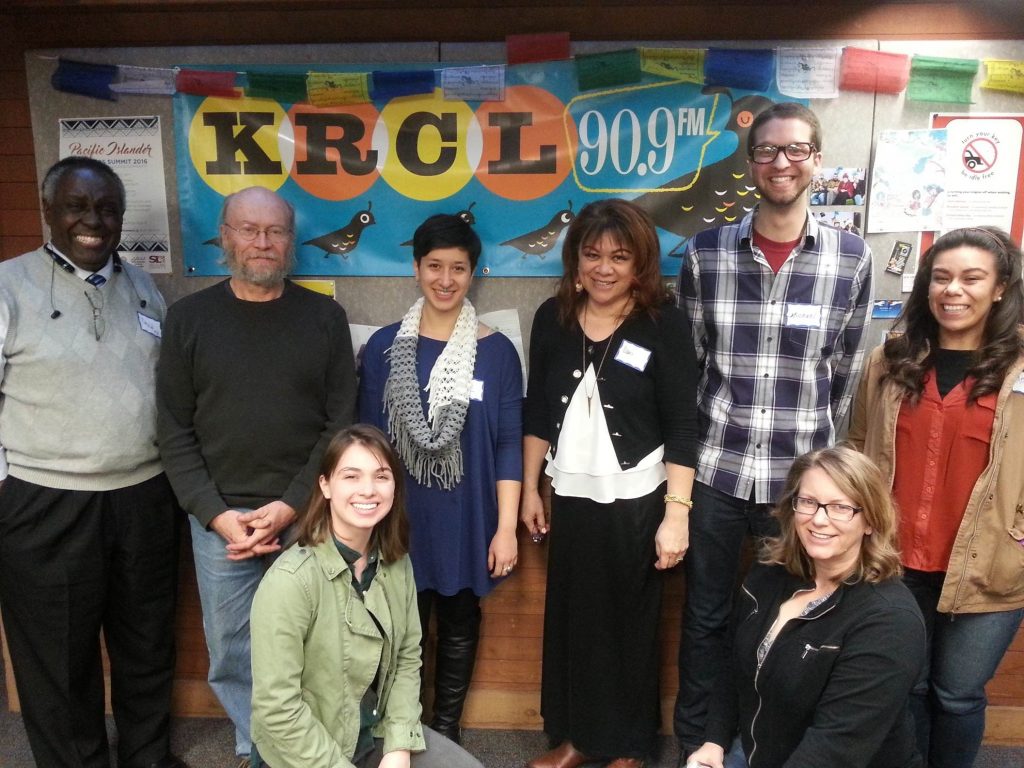 PhD, MSW and Peace and Conflict Studies students participating as guests for “The Radical Middle”

On alternating weeks, KRCL Community Content Manager Lara Jones co-hosts the discussion around “The Radical Middle” with Derezotes, a professor in the University of Utah’s College of Social Work and director of the Peace and Conflict Studies Program in the College of Humanities, and Sean Crossland, director of the Thayne Center for Service and Learning at Salt Lake Community College.

Jones and Derezotes begin the show with a quick chat about current events before they launch into “The Radical Middle”’s topic of the evening – traits of a good president, personal biases regarding race, media literacy, air quality or religious violence, for example.  In addition to welcoming guests into the studio, they take calls from listeners and keep an eye on comments submitted through social media.

In advance of his May 23 show, during which they’ll discuss North Carolina’s controversial transgender bathroom legislation, we sat down with Derezotes to find out what’s behind this series of community conversations.

Q: Where exactly is the “radical middle”?

A: I first saw the expression “radical middle” in an issue of the Utne Reader.  The idea was that the most radical action that folks can take today, when dealing with the differences that often divide our families, communities and nations, is to cooperate to seek a common ground, somewhere in the middle of the two opposite and often extreme positions.  The word “radical” essentially means “root” (as in radish), so in this context “radical” simply means to go to (and address) the “root” of a psychosocial challenge.

Often, I think that the “radical” truth about humanity and the world is best discovered by searching for the middle ground between two positions that are in opposition and seem quite opposite.

Q: You’re a big fan of dialogue and you’ve brought in college students, community leaders and faculty colleagues for some of your conversations.  How do you go about selecting an ideal mix of guests?

A: Sometimes we try to find speakers with different viewpoints, if possible.  But sometimes we interview one person or group of people and challenge them to identify a possible radical middle position themselves.

I have brought in social work and peace and conflict studies students to participate on the radio, and they’ve all reported they learned a lot, enjoyed the experience and want to seek more opportunities for similar leadership work in the future.

In addition to the content, the dialogue process itself is also important.  To dialogue well, we must listen for understanding, speak respectfully and offer amnesty or forgiveness when we make mistakes, while asking people to take responsibility for their actions.

Q: If you could have any one person – dead or alive – as a guest, who would you pick?

A: Wonderful question.  It’s hard to pick one, so indulge me with two.  I’d have J. Krishnamurti (my favorite philosopher, who is no longer living), and President Barack Obama.  In this era of image, it seems that we seldom truly get to know our leaders as real people, so that would be my goal – to get to know who they are as people.

Q: You’re a busy guy. You have teaching, research and administrative responsibilities, plus you work with several groups in our community.  And yet, you’ve made time for “The Radical Middle,” so it’s clearly important to you.  So, what are your big goals for the show?

A: There are several reasons I’ve made it a priority in my life.  First, we all have a responsibility to work together to eliminate the current threats to humanity that we ourselves have created, including climate change, preparations for war, mass casualty terror, habitat destruction, poverty and inequality.  Dialogue, such as what we do on “The Radical Middle,” can help us bridge the differences that divide us, form relationships with the “other,” and begin the cooperation necessary for local and global change.

Second, dialogue is a practice that forms connections in social work, and other professions, between so-called “macro” (large scale) work and so-called “micro” (individual and small group) work.  Dialogue challenges us to use both our micro level and macro level skills, and also addresses the social justice and diversity values that social work is based upon.

Finally, I have been practicing and writing about dialogue for maybe 18 years, and have seen people committed to dialogue form the kinds of relationships that are necessary for cooperation, even across wide differences.  I have also seen people in dialogue transform their individual and collective historical trauma.  I want to offer that dialogue model to a wider audience.

Q: For many people, it’s difficult to actually listen and consider viewpoints that differ from our own.  What advice would you offer to someone who wants to become better at listening?

A: Often when other people are talking, we do not listen to them, but may be rehearsing what we want to say when they are done.  We may not be aware of how we are actually feeling in the situation, and how we may be actually reacting to the other.

Said simply, I need to truly listen to myself, in order to listen to others.

I believe that all of us are capable of deep listening, consciousness and compassion. 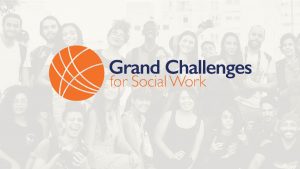