National Geographic live, a concert and masterclass with American composer Anna Weesner, the first Jazz at the Café of the year and a “survival-of-the-fittest” production of “Macbeth.”
Sheri Jardine - communication manager, UtahPresents

Did you know that about the same number of people have continuously thru-hiked the Grand Canyon as have walked on the moon? A few dozen more have hiked its entirety in sections. Two of them – Kevin Fedarko, author of The Emerald Mile, and photographer/filmmaker Pete McBride – are coming to the University of Utah to share their tales of hiking through the heart of the Grand Canyon and the threats to the canyon they discovered along the way.

Estimated at almost 800 miles, the hike was brutal beyond their wildest expectations. McBride and Fedarko carried as much as 50 pounds of gear, equipment, and food strapped to their backs and had no trail to follow, risking severe consequences with a single misstep. But even as they pushed themselves to the brink of their physical and mental limits, the unrivaled beauty of the canyon and their motivation to protect it drove them onward.

One of the National Geographic Live touring speaker series, From River to Rim: Hiking the Grand Canyon commemorates the 100-year anniversary of the designation of Grand Canyon as a National Park. Coming to campus as part of UtahPresents 2019-20 season, the evening will feature stunning visuals to illustrate Kevin and Pete’s audacious and demanding adventure.

Kevin Fedarko lives in northern New Mexico and works as a part-time river guide in Grand Canyon National Park. His book, The Emerald Mile, documents the thrilling true tale of the fastest boat ride ever, down the entire length of the Colorado River and through the Grand Canyon, during the legendary flood of 1983. In addition to his travel narratives in Outside, Fedarko’s work has appeared in Esquire, National Geographic Adventure, and other publications, and has been anthologized in The Best American Travel Writing in 2004 and 2006.

Native Coloradan Pete McBride has spent almost two decades studying the world with his camera. A self-taught, award-winning photographer, filmmaker, and writer, he has traveled on assignment to over 60 countries for the publications of the National Geographic Society, Smithsonian, Outside, Men’s Journal, Esquire, STERN, and many others. Raised on a Colorado cattle ranch, McBride is passionate about finding unique, gripping ways to communicate stories, whether it involves vantages from 20,000 feet or swimming below icebergs. His perspective on capturing water-related stories led American Photo magazine to list Pete as one of the top five water photographers in the nation.

From River to Rim: Hiking the Grand Canyon

U of U student Arts Pass tickets: $5 (buy at box office with U ID)

U staff/faculty: 10% off regular price (buy at box office with U ID)

See a video trailer below:

The Abravanel Distinguished Visiting Composers Series has the pleasure of presenting a concert and masterclass with American composer Anna Weesner on Sept. 23.

For Anna Weesner, imagining a new piece of music means speculating about what can happen in its live, temporal unfolding, when the solitary work of composing comes into contact with the skills and interpretive choices of performers, and with the ears of listeners. She believes that in this triangulated and collaborative space, a piece of music can be a living thing.

Her masterclass will take place in Dumke Recital Hall at noon. She will share and discuss her work as well as her personal experience as a composer. Her biggest advice to students is to “know yourself.”

“We all strive for the compositional technique that allows us to do all kinds of things, but what’s crucial, I think, is knowing what is most personal, closest to you, because therein lies your real power,” said Weesner.

Weesner is the recipient of many honors including a Guggenheim Fellowship and the prestigious Virgil Thomson Award in Vocal Music. Her music has been performed by numerous leading orchestras (American Composers Orchestra, Indianapolis Symphony), ensembles (Cypress Quartet, Ensemble X), and soloists (Dawn Upshaw, Gilbert Kalish). Weesner is the Dr. Robert Weiss Professor of Music at the University of Pennsylvania. 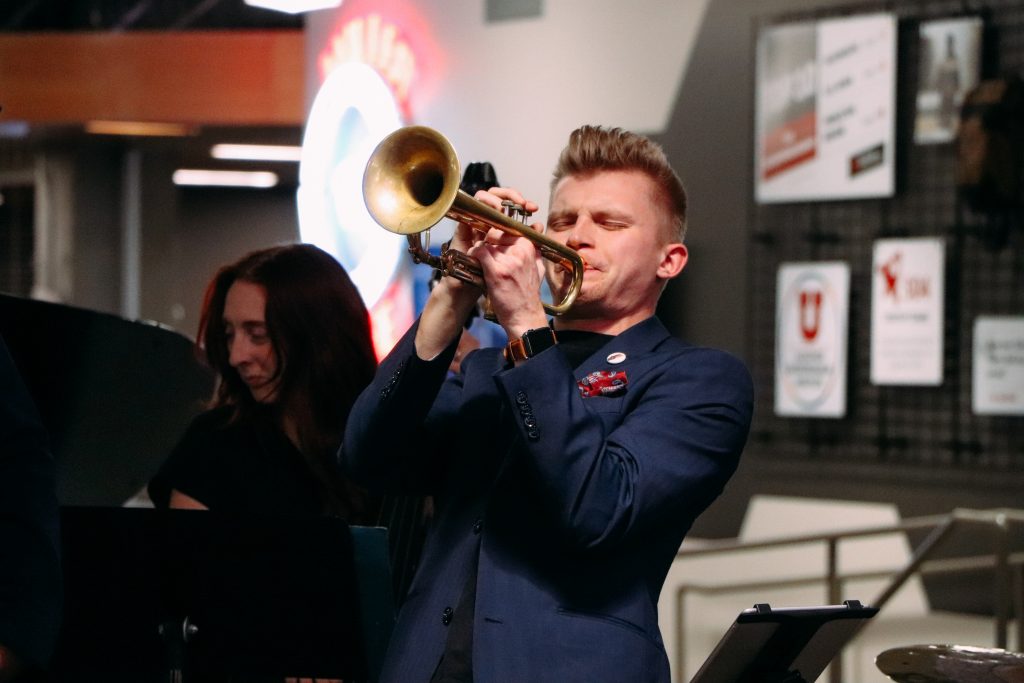 Jazz at the Café

The first Jazz at the Café of the year is Thursday, Sept. 26 at 6 p.m in Lassonde Studios. Jazz at the Cafe brings together the university community to hear great jazz music. School of Music Jazz Ensemble, Jazz Repertory Ensemble and the Michie Jazz Quintet will perform at this student-friendly, central location. This semester, trumpeter Kris Johnson will be the guest artist as part of his artist in residency.

This event is sponsored by Jack and Karen Brittain and Arts Pass. It is free and open to the public.

The vision for this production of "Macbeth" comes from guest director, Wendy Franz. Franz is the Managing Director at Colorado Shakespeare Festival, where she has directed, produced, and designed sound for numerous productions since 2001. For this production she has created a post-apocalyptic world, where after a massive disaster of global proportions, nothing is mass-produced and resources are scarce. Her inspiration for this setting was the question: “When there isn’t enough to go around, who decides who gets more and who gets less?”

Evoking a time of scarcity, fear, and survival-of-the-fittest, this production of "Macbeth" is a fascinating exploration of the power of suggestion, the question of free will versus fate, and the perils of unbridled ambition. Through Macbeth’s journey from loyal commander to murderous usurper the audience will experience how a hero can fall when that hero sacrifices friendship, empathy and her moral code in favor of the pursuit of personal gain and absolute power.

A post-performance discussion with the cast and creative team will be held on Friday, October 4, immediately following the evening 7:30 p.m. performance. Adjunct Assistant Professor of Theatre, Mark Fossen will be leading the discussion with production dramaturg, Anna Coltrin where audiences are invited to engage in the conversation.

“Macbeth” at a glance

Tickets: General Admission tickets are $18, University of Utah faculty and staff are $15, University of Utah students are free with UCard and all other students with valid student ID are $8.50. Tickets can be obtained by calling 801-581-7100, online at tickets.utah.edu or at the Performing Arts Box Office, located at Kingsbury Hall.