This Friday, Pioneer Theatre Company opens the Broadway hit “Mamma Mia!” as the final production of its 2017-2018 season. Students can attend for free. 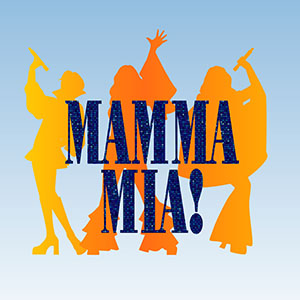 So far this season, PTC has brought Utah audiences the regional premieres of the 2017 Tony Award Winner for Best Play, “The Curious Incident of the Dog in the Night-Time,” the Disney-movie-turned-Broadway-hit, “Newsies” and the Steve Martin/Edie Brickell musical, “Bright Star,” starring most of its original Broadway cast, including the Tony-nominated Carmen Cusack.

Due to PTC’s unique relationship with the University of Utah, the company provides equally unique opportunities to U students to attend theatrical productions designed and performed by theatre professionals with experience on Broadway and throughout the country — and they can do so for free.

PTC’s exclusive U student offers include free tickets to “preview nights,” the Thursday performance before a play’s opening, half-price tickets for weeknight reserved seats and $5 student rush tickets, which can be purchased an hour before curtain at any performance.

This arrangement means that U students can see the likes of Joseph Morales and Nik Walker, currently playing the title role and Aaron Burr in “Hamilton” in the first national tour, and both of whom have been seen on the PTC stage in the past decade, for $5 or less.

Tickets to “Mamma Mia!” on Broadway historically ranged between $172 and $205, according to Forbes magazine, and tickets to the current touring production hover around the hundred dollar mark. Meanwhile, even a full price ticket at PTC is less than $70, for some of the best seats in the house.

“As one of the state’s only two fully professional theatres, we pride ourselves on not only bringing exceptional, unique productions to Utah audiences, but also on drawing Broadway-caliber actors, designers and directors to our theatre,” says Kirsten Park, marketing director of PTC. “It confirms the excellence of our staffing and production values to see how many of these talented people choose to return to PTC time after time.”

Guest director Patricia Wilcox returns to direct and choreograph “Mamma Mia!” after previously choreographing the PTC production of “Peter and the Starcatcher.” She has also worked on Broadway choreographing “Motown the Musical” and “A Night with Janis Joplin,” in addition to other New York credits.

Wilcox, and a team of designers and actors with experience on Broadway and across the country, will open “Mamma Mia!” at Simmons Pioneer Memorial Theatre on May 11, running through May 26.

Students are encouraged to call the Box Office at 801-581-6961 for more information on how they can see the musical for $5 or less. Tickets for general audiences may be purchased through the box office or online at pioneertheatre.org.