By Josi Dubois, Department of Theatre

The University of Utah’s Department of Theatre returns to the Babcock Theatre with the U.S. premiere of “The Beautiful Game” with music by Andrew Lloyd Webber and lyrics by Ben Elton. This politically and religiously charged romantic musical tells the story of ordinary people in extraordinary times. Choreographed by musical theatre graduate Jesse Klick and directed by musical theatre program area head Denny Berry, the production runs Feb. 16-March 4 at the Babcock Theatre, 300 S. University Street.

Set amid the troubles in Northern Ireland, this late 1960’s coming-of-age musical follows a group of young men and women who are involved with a local soccer team at the start of a 30-year civil war. The amateur Catholic soccer team finds itself torn between becoming professionals and fighting for their country. Some are drawn into the conflict, while others stand aside wanting only to be allowed to live and love in peace. It speaks of love, the things that keep us human and the reality of dashed dreams.

Elton tells the story with humor and compassion, with lyrics that are both funny and heartbreaking. In the program note from the original 2000 production he wrote, “Although this is an Irish story, taking place in Belfast—a brave big-hearted city that I know well, having performed there many times—I hope that the themes and sentiments of “The Beautiful Game” are universal.”

The significance of this production in today’s society will be discussed through a panel discussion lead by theatre instructor and production dramaturg, Mark Fossen on Feb. 23, immediately after the evening production.

“The Beautiful Game” at a Glance

Location: The Babcock Theatre, located at 300 S. University Street (1400 East) in the Simmons Pioneer Memorial Theatre, lower level. Free parking is available to the south of the theatre and at Rice Eccles Stadium.

Tickets: General Admission tickets are $18, University of Utah faculty and staff are $15, University of Utah students are free with UCard and all other students with valid student ID are $8.50. Tickets can be obtained by calling 801-581-7100, online or at the Performing Arts Box Office, located at Kingsbury Hall.

Content warning: Recommended for patron ages 14 and up. Mature audiences only.

The University of Utah Department of Art & Art History will host a free and public lecture by this year’s Warnock Artists in Residence, Eva and Franco Mattes, on Wednesday, Feb. 14 at 7:00 p.m. in the Dumke Auditorium of the Utah Museum of Fine Arts. The “hactivist” duo, who are originally from Italy but who are working now in New York, are considered pioneers of Net Art and their work investigates the ethics and politics of the Internet and online behavior. At the UMFA, they­ will present their interactive project “In the Zone,” which they will carry out during their residence at the University of Utah.

Eva and Franco are currently faculty members at the MFA Fine Arts Department and the MFA Photography, Video and Related Media Department of the School of Visual Arts, New York. They have worked with various media, among them, the Internet, video and installation. Their­ work explores the ethical and moral issues arising when people interact remotely, especially through social media, creating situations where it is difficult to distinguish reality from simulation.

Art writer Zach Fischman said, “Eva and Franco Mattes make art about information. For the majority of their lengthy collaboration, they’ve looked upon the internet and its rapid expansion with a canny and playful intelligence. Much of their output concerns the internet’s transition, in the last twenty years, from a vast and unregulated network to an increasingly mediated, corporatized, and policed series of standardized communications.”

Describing “In the Zone,” they explain, “Imagine a video game in which all of the players are literally performers. The performers are real people, connected to their characters in real-time via the Internet, from [the] university classroom or computer lab. Their performance takes place inside an ordinary, pre-existing, multiplayer video game – but does not require anyone to follow its rules or objectives.” 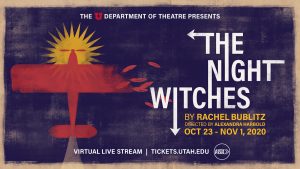