Salt Lake City has an impressively rich theatre scene for its size, with dozens of companies featuring a large slate of plays, musicals, new works and classics all year long. Consider what is involved in bringing each theatre production to stage. At a minimum, there are a script, actors, a director, a stage manager, scenic design, costumes and a rehearsal period. These pieces are assembled out of the public’s eye, then come together for an opening production in front of an audience. However, there is one piece in this process in which an audience plays an integral part, but often long before a premiere ever occurs: script development. 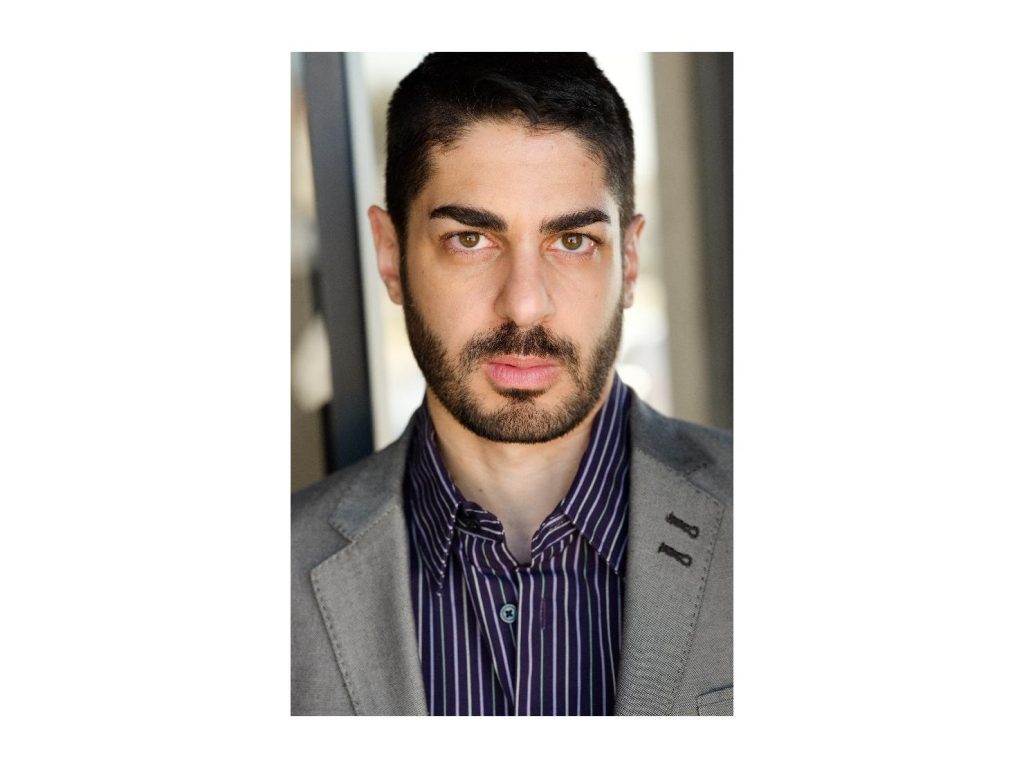 Pioneer Theatre Company’s Play-by-Play new play reading series, now in its sixth season, takes new, unfinished work and presents them to an audience to further its development. Such readings give the playwright great insight as to the play’s progress, bringing it closer to what may someday be fully produced. “Nothing is more important to the long-term vitality of American theatre as an art form than the nurturing of new voices and new work,” says PTC Artistic Director Karen Azenberg, who established the Play-by-Play new play reading program in 2013.

Sometimes PTC’s readings lead to full productions on its own stage. Kenneth Jones’s “Alabama Story,” a title in the inaugural season of 2013-2014, had its world premiere in 2015 and has since gone on to over 20 productions nationwide. Jeff Talbott’s “i” had its world premiere here in 2018. PTC’s readings have also surfaced as full productions on other stages: “The Ice Front,” “Honor Killing” and “Speculator Spirits” (later renamed “Lone Star Spirits”) all have had premieres at other professional theatres.

Prolific New York playwright Victor Lesniewski brings his newest work, “The Fifth Domain,” to Play-by-Play audiences Jan. 25-26, 2019, at Dumke Auditorium at the Utah Museum of Fine Art. Timely and topical, the play centers on a cybersecurity expert, recently removed from his position at the National Security Agency. When he is approached about a new project requiring his special skills, his eagerness to take on the work blinds him to the repercussions in the world of cyberwar. According to Lesniewski, “The Fifth Domain” is a thriller that “asks basic questions about patriotism, espionage and accountability in the digital age.”

Featuring a cast of four, PTC patrons will see some familiar faces in the reading: Austin Archer (“Peter and the Starcatcher,” “The 26th Annual Putnam County Spelling Bee,” “Newsies”), Laura Hall (“Something’s Afoot,” “A Christmas Carol: The Musical” and this season’s “Sweeney Todd: The Demon Barber of Fleet Street”), Jessica Naimy (from this season’s “Miss Bennet: Christmas at Pemberley”) and University of Utah graduate, Bijan Hosseini (the 2016 Play-by-Play reading of “Honor Killing”). 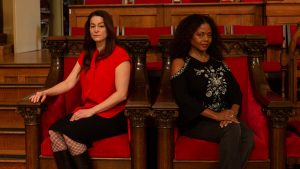 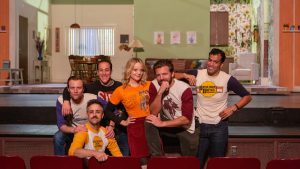