Environmental injustices play out in Salt Lake City as they do across the globe, especially when it comes to air quality.
Sustainability Office

In the early 1990s the burgeoning environmental justice movement, led by people of color whose communities had been disproportionately exposed to environmental hazards, began to educate more established environmental groups about these distinctions. After initial contention, many of these groups have joined forces understanding the importance of a more inclusive approach to the environment predicated on the health of all communities.

Environmental injustices play out in Salt Lake City as they do across the globe, especially with air quality. The particulate matter that hangs in the air on inversion days can’t discriminate according to race, class, or ethnicity. So how can it be that marginalized populations are disproportionately affected by air pollution?

The answer lies in a deeper understanding of what environmental justice is and how it functions. The EPA defines environmental justice  as “the fair treatment and meaningful involvement of all people, regardless of race, color, national origin, or income, with respect to the development, implementation, and enforcement of environmental laws, regulations, and policies.” Yet, environmental injustice is more than flawed application of laws, regulations, and policies.  It plays out through social, economic, and political systems and has its roots in discriminatory policies that allowed Euro-Americans increased access to land, political participation, and ultimately the generation of wealth. 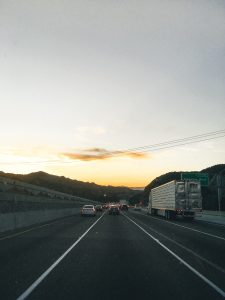 These hidden legacies through which environmental injustices occur are becoming increasingly visible. The Flint Michigan water crisis that served up clean water for General Motors and polluted water to residents demonstrated the need to look more deeply into the political and economic landscape. The increasing frequency and visibility of climate disasters along with the mechanisms to mitigate these disasters differently in distinct places brings these injustices into sharper focus internationally. And in the Salt Lake Valley, the history of railroad and highway development set the stage for much of the inequity we see today.

Over the last 8 years, environmental justice has become an integral part of sustainability studies at the U and universities throughout the country. An Environmental Justice course committed to community-engaged learning gave students an opportunity to investigate these issues. These students learned that in 2007 and 2008, reconstruction work on I-80 included the addition of sound barrier walls which block not only noise pollution but also air pollution. However, in Poplar Grove these barriers were not installed on bridges over the Jordan River and Navajo Street, leaving gaps near homes and Franklin Elementary. 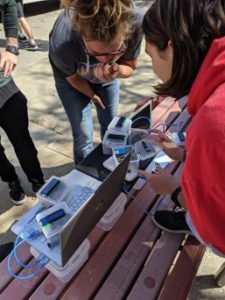 Students worked with Crossroads Urban Center which is actively involved in helping residents advocate for themselves and their community, to test pollution levels in the gaps between barriers. They also partnered with chemical engineering students from the NSF-sponsored AirU project who developed low-cost, portable particulate matter monitors.  Initial research suggests that given the placement of sound walls in the Poplar Grove, a majority Latinx community in which 17-44 percent of households fall below the poverty line, residents are exposed to a higher and more consistent amount of pollution. As one student noted: “This project offered us a unique opportunity to evaluate the existence of environmental (in)justice in our own backyard. We studied pollution levels and demographics locally and [studied] similar occurrences in other regions of the country.”

As they continue to collect data, their findings can be used by community members to lobby the legislature and UDOT to fill the gaps between sound barriers and provide better protection from the constant source of pollution from the freeway. Projects like these can play an important role for students. As one participant noted “Although our project seems very simple on the surface, it has profound implications on policies and other transformative changes in Salt Lake City, it is easy to get pessimistic, given the current changing state of the climate. It can be too easy to lose hope. However, with this project, it has been empowering to know that just a few university students can be a part of actual transformation in the community.”

Projects like these, that engage students in understanding the connections between social, economic, and environmental systems are of particular interest to the Sustainability Office. As Kerry Case, the University’s New Chief Sustainability Officer notes, “It is so important that we understand the patterns of systemic discrimination which result in certain groups bearing the brunt of environmental degradation and pollution. It is exciting to see students developing projects to address these systems and patterns and raise awareness around these issues.” Funding from the Sustainable Campus Initiative Fund can be used projects with a focus on environmental justice issues. Students from the Environmental Justice class referenced in this article are seeking funding to expand the impact of their project. SCIF medium (up to $10,000) grant applications are due March 20 so don’t miss out on an opportunity to transform our community.