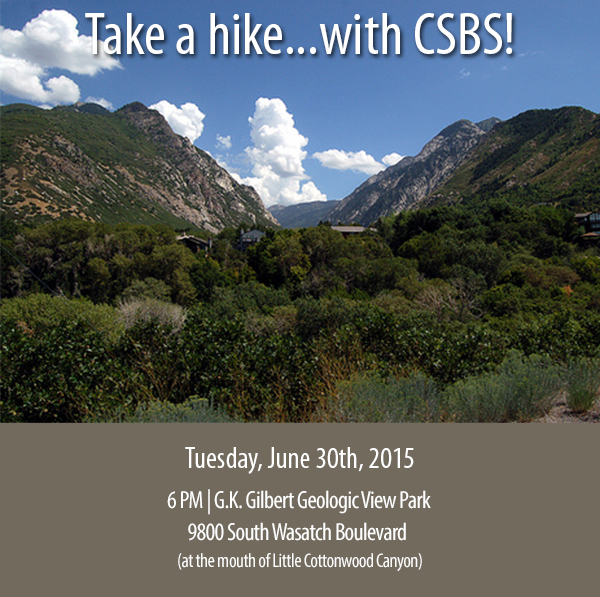 Join the College of Social and Behavioral Science for a new series of hikes led by college faculty and students for fun and learning along the trails of the Wasatch Mountains.

The first hike of the series will be led by geography professor Richard Forster and will start at the G.K. Gilbert Geologic View Park with an explanation of how an 800-foot-thick glacier shaped the canyon. Stand near the spot where this glacier deposited icebergs into Lake Bonneville some 14,000 years ago. A short hike will follow with additional descriptions of the landscape and ecosystem, including signs of earthquakes that occurred on the steep slope segments in the hillside. 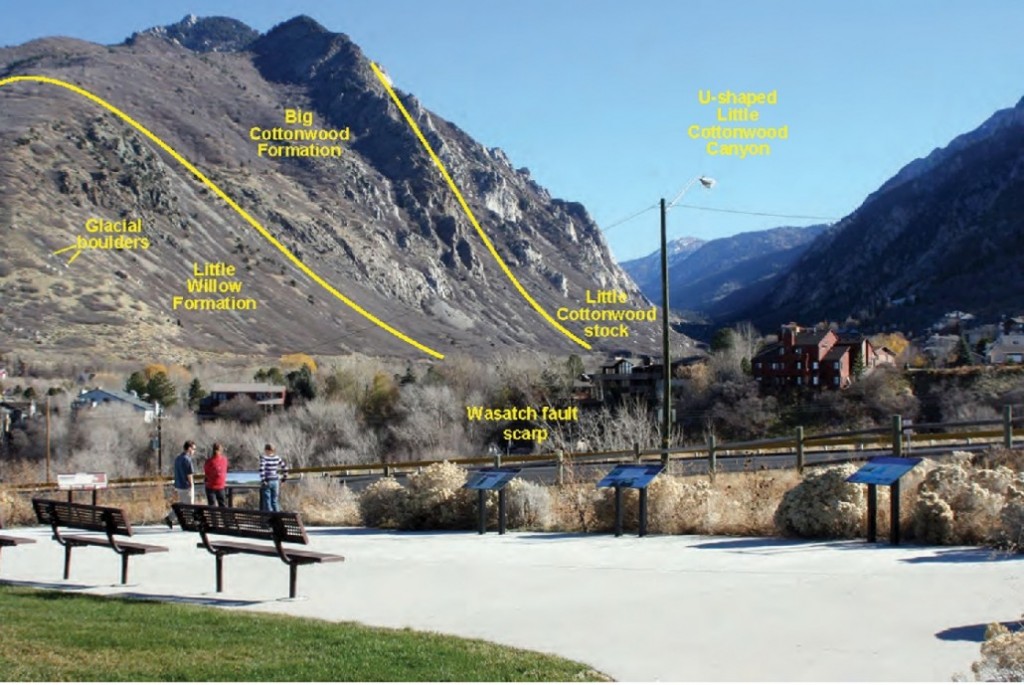 Utah has a new geologic park. Located near the mouth of Little Cottonwood Canyon southeast of Salt Lake City, the park showcases several world-class examples of geologic features and has long been a destination for thousands of people on educational field trips. Five geologic interpretive signs were installed in November 2007 and park dedication took place on May 7, 2008.

The interpretive signs provide information on a variety of geologic features that can be viewed from the park, including several rock formations in the Wasatch Range, scarps of the Wasatch fault, landforms and deposits associated with Ice Age glaciers and evidence of past gold mining. The signs also supply additional information about Lake Bonneville and past quarrying activities.

In the immediate vicinity of the park, the three visible rock formations are the metamorphic Little Willow and Big Cottonwood Formations and the igneous Little Cottonwood stock.

The Little Willow Formation consists primarily of contorted quartz schist and gneiss; at 1.7 billion years old, it is the oldest rock in the Salt Lake City area.

The Big Cottonwood Formation is a thick unit of alternating shale/slate and quartzite beds originally deposited in a tidal/shoreline environment one billion to 800 million years ago.

The Wasatch fault, Utah’s longest and most active fault, exhibits some of its largest fault scarps at this site. Reaching more than 100 feet high, these scarps formed during repeated large earthquakes that displaced the ground surface.

This is one of only a few localities in the world where mid-latitude alpine glaciers met lakes during the last Ice Age 30,000 to 10,000 years ago. The glaciers in Little Cottonwood Canyon and Bells Canyon (to the immediate south) extended into Lake Bonneville, the Ice Age lake that covered much of western Utah. Glacial features at this site include the classic U-shaped canyon of Little Cottonwood Canyon (caused by glacial scouring), moraines, and scattered glacial boulders.

More than a century ago, gold was mined in the Little Willow Formation, and mine dumps are evident near the canyon mouth where the former town of Gold City was located.

Out of view in the lower canyon is the famed Temple Quarry, where granite of the Little Cottonwood stock has been quarried at various times since the 1860s to construct several prominent buildings in Salt Lake City.

How to get there:

Travel one more mile to a stoplight and continue straight (south). In 2.1 miles, turn right at a stoplight to continue on Wasatch Boulevard. In 1.1 miles is the junction with Little Cottonwood Road (9800 South); the park is northwest of this junction. Go right (west) to reach the park entrance.

Travel three miles to the park entrance on the left (north) side of road just before the junction with Wasatch Boulevard.

Click here for more information about the field trip of Utah’s geologic sites.

For more information and to RSVP, please contact Rob Hunsaker at rob.hunsaker@utah.edu or at 801-585-9200.

*This information was originally posted on geology.utah.gov. 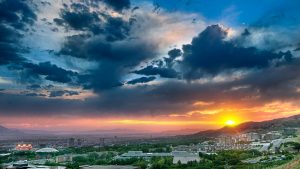