Gerawork Teferra fled to Kakuma, Kenya, from his native Ethiopia with nothing but desperation.

He joined thousands of refugees from neighboring African nations, most who had traveled hundreds of miles to reach the safety of a refugee camp far from violence, religious persecution and starvation in the places they’d once called home.

For Teferra, the experience of arriving at the camp, a town in Turkana County in the northwest region of the country, was jarring. He met hundreds of people who shared stories unimaginable to most: young children who watched their families being killed and barely survived war erupting around them; survivors of sexual assault; people who’d been forced into labor by factions ruling their home countries.

As Teferra came to terms with his own dark situation he’d left as a young man in Ethiopia, for the first time in a long time he found an opportunity to help others at the camp. He took an opportunity to become a secondary teacher and also enrolled in a new online program, developed by the University of Utah College of Social Work, designed to train individuals living and working in refugee camps to provide care and services to other camp residents.

Teferra is among the first group of students who will graduate on Oct. 12 from the new Case Management Certificate program, where he’s learned skills to better serve refugee populations. 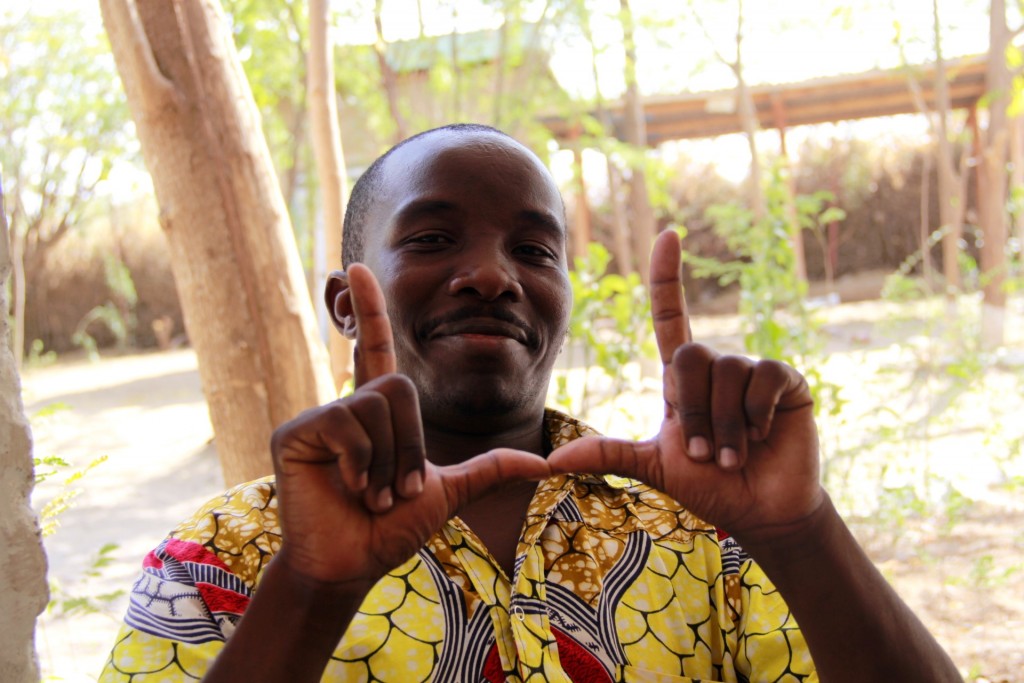 The 12 new graduates are the first cohort who’ve lived in camp communities to receive their training ¾ and all came into the social work program after already living in camps for years and wanting to forge a new career path to helping refugees and the many issues they face as a community, said Rosey Hunter, an associate professor in the College of Social Work who oversees the new certificate program.

The program first launched in the fall of 2013 with a cohort of 27 Salt Lake City-based community leaders (most of immigrant and refugee backgrounds), representing 14 different countries of origin. Hunter, an integral part of getting the program off the ground in Utah, wanted to find a way to help refugees as the Wasatch Front experienced a surge in refugee arrivals, with about 1,100 refugees arriving each year to join the 50,000 already resettled in the state.

The program was offered to many community groups in Utah that provide a first response to the new arriving and underrepresented groups and to act as an information, referral and crisis response network connecting new communities to existing resources and systems, said Hunter.

“Training and empowering community leaders from each population are successful vehicles for reducing system barriers and supporting the whole community. These individuals are already identified as leaders in their communities; therefore, they are often in the best position to understand the needs and strengths of their communities, the cultural issues involved, and begin from a space of trust and familiarity that many social service providers do not have. While community-based leaders come with a strong skill set, they too may lack an understanding of the resources and systems,” said Hunter.

The Case Management Certificate program is the outcome of a yearlong community-based research project engaging stakeholders in identification of community needs and strengths, as well as participation in the development of the curriculum, said Hunter.

After seeing success locally, discussions about expanding the program outside the Utah community began. In 2012, the College of Social Work began a partnership with Jesuit Commons: Higher Education on the Margins (JC:HEM), a global collective of colleges and universities dedicated to providing higher education to communities in need.

One of JC:HEM’s goals included providing a combination of on-site and online higher education courses to people living in refugee camps. The University of Utah forged a partnership with JC:HEM to provide the only social work curriculum to refugee camp communities serviced by JC:HEM, with hopes that those who complete the Case Management Certificate program in the refugee camps may go on to pursue other diploma programs down the line.

“Our long term goal is to integrate students living at the margins with U.S.-based students through online education,” said Hunter. “We want to create international learning communities where students can exchange knowledge and experiences.  Due to geographic, cultural, and socioeconomic divides, students are often not sufficiently exposed to the global context.  Through online social work education and practice, students will be qualified to capture the nuances and realities of such a global condition that requires communication and information across regions and continents. An online social work education creates possibilities of sharing varied values and respect across differences, as well as common language of social justice and transformation.”

Students completing the Case Management Certificate program engaged in four social work courses designed to educate them on basic social work theory and skills; how to communicate effectively with people, families and communities; how to understand and practice common case management roles, processes and responsibilities in a multicultural context; and how to act as system change agents in ways that empower people, families and groups.  Participants implemented several different community projects in the camps where they lived, said Hunter.

One of those students, Bigirimana Christophe, a 29-year-old refugee from Burundi, said the U’s program helped him attain the skills to become a counselor in the Kakuma refugee camp.

“I use the knowledge to handle cases and to teach my community members how to live together and advocate for people most vulnerable — like orphan children or unaccompanied minors,” said Christophe. “This course has empowered me in making change. I have become an effective leader who can promote change and motivate peace.”

The new certificate program comes at a time when the number of refugees fleeing dangerous homelands continues to tick upwards. At the end of 2014, the number of forcibly displaced people worldwide was 50.5 million. There were 19.5 million individuals of refugee status worldwide at the beginning of 2013, said Hunter, quoting data from the U.N. Refugee Agency.

“The peoples migrating from their place of origin are diverse, and so are their needs. Migrants from the Middle East and North Africa, Sub-Saharan Africa, East Asia and Latin America are demanding that the European Union and other western nations be considerate of their status and protect their rights regardless of how they cross borders. Their condition is a global human rights issue and should be addressed as such. As social workers, we also have the duty to prepare students to better understand the global condition, and be well equipped with knowledge, skills and tools that recognize and acknowledge the uniqueness and similarities of migrants and refugees’ experiences and demands,” said Hunter. “The unsettled global context requires that social work education develops innovative programs that will adequately prepare students to practice across diverse communities and complex socio-political settings.”

Teferra agrees with Hunter’s outlook, as he continues to help students starting a new life in Kenya as he did in 2011.

“Because of the course, I started attentively listening to my students’ problems and helping them to discharge the negative energy and find their own coping mechanisms,” said Teferra. “This course helped me to develop a positive attitude toward emotional problems and to create friendly relationships with many students.”