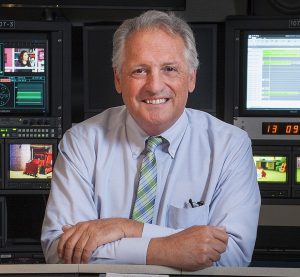 James Morgese will retire from his role as PBS Utah’s General Manager at the end of January, and a new team of managers will assume leadership of the station on Feb. 1, 2020.

Maria O’Mara, currently the general manager of KUER, will assume the duties of executive director of both PBS Utah and KUER. James Davie, currently PBS Utah’s director of programming and digital media, will be appointed station manager. Alice Webber, current director of development at PBS Utah will become the director of philanthropy for both organizations.

Since joining the station in 2013, Morgese has served as an exceptional leader and representative of PBS Utah.

Karen Hale, PBS Utah Advisory Board member, said “James recognized and championed the positive impact PBS Utah has on viewers—both young and old—throughout the state. Board members not only appreciated James’ commitment to quality content and the station’s outreach to the community, but they also felt valued as James sought and trusted the board’s advice and input.” 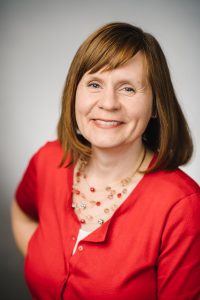 For more than 30 years, Morgese worked at PBS stations across the country, including Rocky Mountain PBS in Colorado; Idaho Public Television; WFUT in Gainesville, Florida; and WKYU-T/FM in Bowling Green, Kentucky.

Morgese’s career closely paralleled the continuous evolution of the TV industry. As a result, he became a forward-thinking leader, always looking for ways to adapt public television to changing times. His extensive experience proved useful as he led PBS Utah during a number of significant changes in television, technology and operations.

Under Morgese’s direction, the station navigated the transition to a centralized Joint Master Control to run its broadcast operations and the FCC-mandated spectrum repack. While the spectrum repack reallocated broadcast airwaves for mobile broadband use, PBS was able to preserve access to public TV in rural communities across Utah.

Morgese spearheaded the formation of a new digital media department which transformed PBS Utah from a broadcast only station into a diverse, multiplatform entity. He launched a marketing and community relations department to strengthen the station’s image branding and promote PBS Utah and its education programs, diverse local programs and community engagement screenings and events in communities across Utah.

Morgese also supported the station’s recent rebrand from KUED to PBS Utah. He recognized rebranding as a significant opportunity for the station. The change reflects the station’s role as Utah’s only PBS station as it adapts to a shifting media landscape but also honors the station’s 62-year legacy.

Morgese enabled the production department to pursue more content, to enhance local storytelling with series to engage viewers week to week. It was his influence that led to the creation of “The Hinckley Report,” which is now in its fourth season and “This Is Utah,” which will air its second season in early 2020. Production has also won a host of Rocky Mountain Emmys for locally produced documentaries and films.

“One of Morgese’s greatest strengths as a leader is his ability to select and trust talented people to do what they do best. He takes pride in his work and leads by example, always promoting PBS Utah and its meaningful services and quality,” said PBS Utah’s Technical Director Phil Titus.

Morgese’s unwavering dedication to PBS Utah’s mission and the people behind it has reshaped the station. He was admired for his generosity, his wisdom, and his ability to listen. Morgese will be remembered for his contributions that have secured a bright future for Utah’s only PBS station.

Post-retirement, Morgese plans to resume his passion for sailing and spend time with his family in the Pacific Northwest. He will also continue to support non-profits and public television in a consulting capacity.