The HOPE scholarship, which stands for Helping Our People Excel, was announced Friday as a private-public collaboration between Salt Lake City, the Semnani Family Foundation and the University of Utah David Eccles School of Business. The Eccles School and the Foundation have jointly seeded the scholarship fund with $150,000. Eligible students will receive up to $7,000 per academic year, allowing them to close the gap between other scholarships and financial aid to cover the cost of tuition and fees.

Need-based HOPE scholarships are open to incoming and currently enrolled University of Utah students. Priority will be given to applicants who have participated in Salt Lake City’s Youth City or the Salt Lake City Police Department’s Promising Youth Project or Explorers Program.

HOPE grew out of a conversation between Khosrow B. Semnani, founder and president of the Semnani Family Foundation, and Salt Lake City Mayor Jackie Biskupski that began more than a year ago. Both were searching for a meaningful opportunity to support Salt Lake City youth.

As a businessman, Semnani said he continually looks for the greatest return on his investments. The Semnani Family Foundation focuses on helping young people or for the same reason, he said.

“The earlier you start, the greater the returns for both the youth and the community,” Semnani said. “By encouraging selected youth to be involved in Explorers, Promising Youth Project and YouthCity and by tying the HOPE Scholarship to these city programs, we are creating a positive force that will enhance the success of these young people in tomorrow’s world.”

The Eccles School joined the HOPE Scholarship effort as an enthusiastic partner. The school will manage the scholarship application and award process HOPE scholars will study under the school’s Opportunity Scholars program, which provides mentors, tutors, academic advising, networking opportunities, and anytime access to program staff.

“This partnership incentivizes kids who are working hard, contributing to our community, and serving as role models to their peers,” Richard Kafusi, director of the Opportunity Scholars Program said. “It not only gives students the financial support they need to go to college, but it also provides a community to see them through to graduation.” 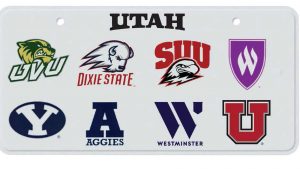 Be true to your school: Support scholarships
June 1, 2021 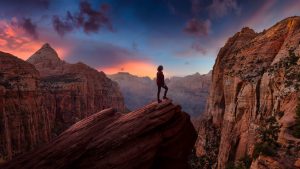 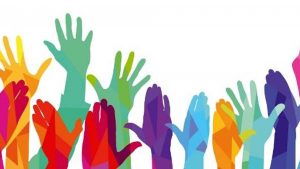