Professor Jason Taylor was on his usual morning run through campus Monday morning when he found himself face-to-face with an unusual campus visitor.

“I made eye contact with a moose about 20 to 30 yards from me. It clearly saw me and I thought, ‘Oh, wow. Stop, turn around and slowly walk back in the other direction.’”

The University of Utah Police Department was notified around midnight that a moose had been spotted on campus. Sgt. Kory Newbold said police then notified the Utah Division of Wildlife Resources (DWR) and continued to monitor the animal’s movements throughout the night.

The 2-year-old bull moose wandered through Presidents Circle and around the outside of the J. Willard Marriott Library.

Just spotted a moose on campus durning my morning run. The police were following him but heads up to anyone on campus early this morning. @UUtah @BrookeAdamsSLC pic.twitter.com/Ww4oUCUowR

“I saw the two police officers and one pointed at me to go back toward the Union. I didn’t see the moose at first,” Taylor said. “I do this run almost every morning and what are the chances that I would run into a moose on campus?”

At 6:20 a.m., patrol officers became concerned with the growing number of people on campus and set up a containment area to keep everyone safe until DWR arrived to remove animal.

“We thought it was best to tranquilize the moose and relocate it to the Mt. Nebo area,” said Scott Root, DWR public information officer.

Root said during the drier months, people tend to encounter moose because they’re out looking for water.

The best thing to do if you run into a moose?

“Keep your distance,” Root said. “Try to get something between you and the moose in case it gets aggressive and give DWR a call.” 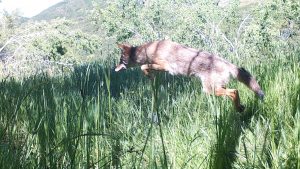 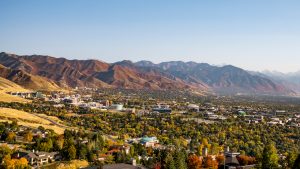 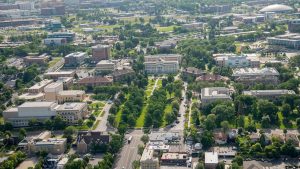 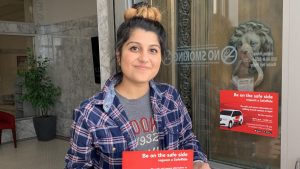