Two professors in the U’s Department of Mathematics—Tommaso de Fernex and Peter Trapa—have been named members of the 2019 Class of Fellows of the American Mathematical Society.
Michele Swaner, PR/Advancement Coordinator, Departments of Mathematics and Physics & Astronomy

Two professors in the U’s Department of Mathematics—Tommaso de Fernex and Peter Trapa—have been named members of the 2019 Class of Fellows of the American Mathematical Society (AMS). The Society recognizes members who have made outstanding contributions to the creation, exposition, advancement, communication, and utilization of mathematics. De Fernex and Trapa join eleven other professors in the department who were previously named fellows by the AMS. 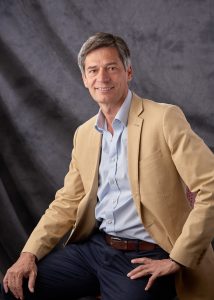 “It’s such an honor to be selected to join the Society,” said de Fernex, professor and associate chair of the department. “It’s also gratifying to have my work recognized by my peers for contributing to the profession.”

As a child and throughout his school days, de Fernex always enjoyed math. At the University of Milan, he studied math in the morning and worked as an illustrator at an advertising agency in the afternoon. For a time, he gave up studying math and switched to architecture. “It was while studying architecture that I began to realize my true passion for math,” said de Fernex. “I was on a train to Venice with some friends when it hit me. They were majoring in math and telling me about the things they were learning. In that moment I realized how much I missed it.” He left architecture and advertising and began to see himself as a mathematician.

He completed his undergraduate degree and wrote a dissertation in the field of algebraic geometry. “What I like about algebraic geometry is the balance between intuition and mathematical rigor,” said de Fernex. “The algebraic part of it provides a powerful and rigid structure, which, paradoxically, gives geometry its flexibility.” Algebraic geometry has applications in many fields—for example, certain topics, such as Calabi-Yau manifolds, are important in string theory because they meet the supersymmetry requirement for the six “unseen” spatial dimensions of string theory.

He began working on his Ph.D. at the University of Genoa but later moved to the U.S. to complete his studies at the University of Illinois at Chicago. The importance of his work was recognized early on, and his research has been well-funded throughout his career. He has received various fellowships as well as support from the National Science Foundation (NSF) and the Simons Foundation. “The funding I received from the U’s John E. and Marva M. Warnock Presidential Chair in Mathematics and the NSF Career grant were especially helpful,” said de Fernex. “They funded my research and provided support for grad students and postdocs. The years supported by the NSF at the Institute for Advanced Study and later by the Simons Fellowship in my sabbatical year allowed me to fully focus on research and collaboration for extended periods of time.”

While de Fernex enjoys doing research, he is equally enthusiastic about teaching. “You never know where or when you’ll find talented students,” he said. “That’s what keeps teaching exciting and fulfilling.”[/bs_well] 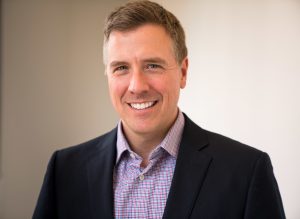 “I was delighted to learn the news from the AMS,” said Trapa, professor and former chair of the Mathematics Department and currently chair of the Physics & Astronomy Department. “I’m grateful to be recognized in this way.”

Trapa has always been fascinated by mathematics, but his interests drifted as an undergraduate at Northwestern University, first to chemistry, then to physics, before finally returning to mathematics. “I realized that the common thread that I enjoyed most about the basic sciences was the underlying math.” Trapa also credits two a couple of math professors—Michael Stein, emeritus professor, and the late Mark Pinsky—who took him under their wing and “really changed the trajectory of my career.”

After a brief stint doing statistical analysis for the Ford Motor Company, Trapa headed to MIT for his Ph.D. “My time at Ford was a lot of fun, but not for the reasons that my bosses would have liked,” Trapa said, adding that the company had a decent mathematics library where he spent most of his time. At MIT, Trapa studied representation theory with David Vogan, Norbert Wiener Professor of Mathematics. Vogan later became a close friend and collaborator. “Working with David has been one of the great honors of my life. I’m constantly learning from him how to be a better mathematician.”

Trapa held postdoctoral appointments at the Institute for Advanced Study at Princeton and at Harvard before joining the faculty at the U in 2001. His most important contributions involve classifying the kinds of symmetry that can appear in physical and mathematical problems, so-called unitary representations of reductive Lie groups. “In the past few years, there have been some beautiful and unexpected developments in the subject that lead in many new directions,” Trapa said. His work in this area has been supported by grants from the National Science Foundation, the National Security Agency, and the Simons Foundation. Since 2015, Trapa has served as managing editor for the AMS journal Representation Theory.

Outside of his research, Trapa enjoys working with talented students of mathematics. He helped found the Utah Math Circle for high school students, served as its director for many years, and still lectures regularly in it. “The kind of math that students learn in school is often very different from the experience of actually doing mathematics,” Trapa said. “I think it’s important to give young kids a taste of what mathematics is all about.”[/bs_well]