Josh Lipman, a recent U graduate, moves at 100 miles per hour. Animated, energetic and clearly completely dedicated to his work, speaking to him leaves one with a sense of wonder and awe at how he’s able to do it all.

Lipman, who transferred from Tufts University in January 2015, earned an honors bachelor’s degree in religious studies just this month, as well as minors in Hebrew and comparative literature and a certificate in integrated sustainability, expounds on how he believes religion affects everyday life.

“When you can discuss faith, moral, and communal claims with people, there’s a large space for dialogue on how people live their lives. Everyone has some sort of belief model; everyone thinks in belief paradigms, whether they subscribe to one that has an official name or not is another matter. You can see religion everywhere — in presidential debates, literature, art, etc. I want to use the Bible, a book that’s become increasingly viewed as stuffy, as a platform to engage people,” said Lipman.

Though he’s currently juggling a variety of research projects, Lipman’s main research project (also the topic of his honors thesis) is to engage The Church of Jesus Christ of Latter-day Saints community by performing the first constructive environmental reading of the “Book of Mormon” to trace how the text treats the environment. In February 2016, he presented this work as part of the Tanner Humanities Center’s Work in Progress Lecture Series.

“I think it’s important to create a platform for people’s faith to be contemporary and pertinent,” said Lipman.

Lipman is also performing a reading on food in the Bible’s Book of Exodus and, with funding from the U’s Rio Mesa enter, tracing how divinity is elicited in Southern Utah’s landscape by using geographic information system maps to check for Biblical names with places in Utah, and then discussing the implications of whether, and how, that land can be used.

When not conducting research, Lipman is heavily involved in the campus community and the greater Salt Lake City community. He started 180 Degrees Consulting on campus, an on-campus group that trains students to be consultants for those who can’t afford consultants. He also founded the University of Utah Interfaith Scholars Group, which serves as a space for students to learn about the differences and similarities between their faiths and how they relate to the modern world.

Additionally, he is the president of the Jewish Students Association of Utah, is a MUSE Center Scholar, is a cohort member of the Honors College’s Social Justice Scholars and advises the local Jewish youth group.

Lipman credits the many faculty members who invested time in mentoring him, as well as the Tanner Humanities Center.

“There are so many great opportunities available on campus. Just go talk to your professors. They’re people too,” Lipman advised.

This coming fall, Lipman will attend Cambridge University to work on a doctorate in ecological hermeneutics.

“My approach to humanities is viewing it as a vehicle to impact society. I hope to be a humanist and academic in the sense that I don’t want to be locked away in an ivory tower, but I want to engage with people. I want to better understand how contemporary people interpret the Bible, and take ideas I find in academia that might be lost in jargon and reconfigure them for current conversations on faith to break down barriers.” 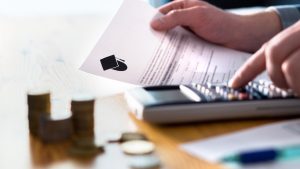 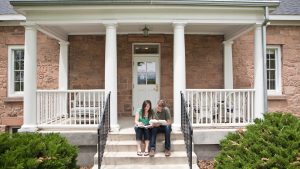