The august statuary of Washington, D.C. will soon include a University of Utah chemistry professor. A 3D-printed statue of Janis Louie will stand with 119 other statues of women in science, technology, engineering and math (STEM) in and around the National Mall from March 5-27.

The exhibit places Louie among the largest collection of statues of women ever assembled, according to the Smithsonian Institution, and celebrates the participants in the IF/THEN Ambassador program that is “designed to activate a culture shift among young girls to open their eyes to STEM careers,” according to the initiative’s website.

“I hope visitors feel inspired, encouraged and empowered,” says Louie. “For me, the exhibit is meant to show that STEM isn’t for one type of person, STEM is for everyone!” 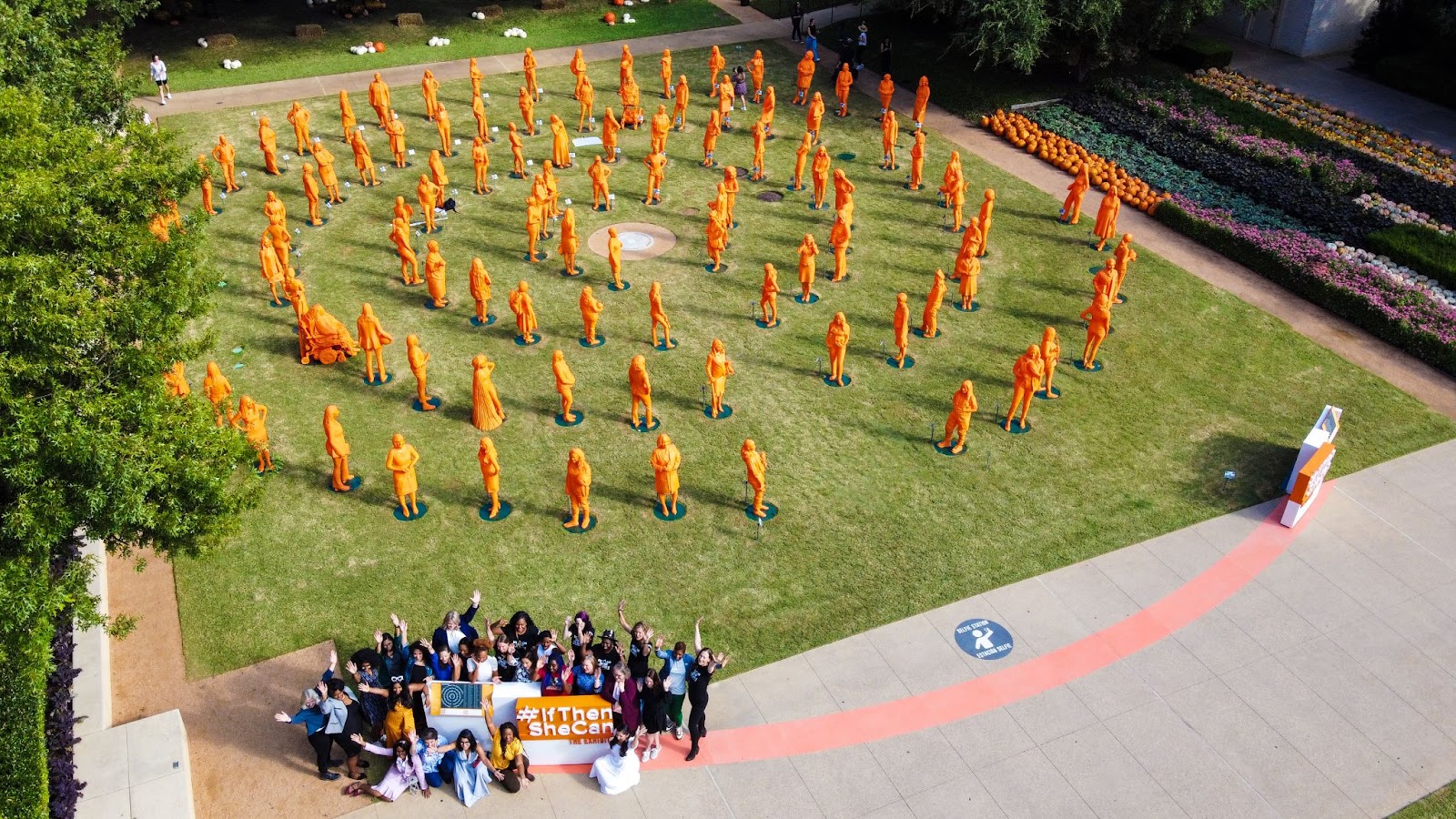 The statues’ preview in Dallas, Texas, along with some of the IF/THEN Ambassadors featured in the exhibit.

The American Association for the Advancement of Science IF/THEN Ambassador Program is sponsored by Lyda Hill Philanthropies as part of the IF/THEN initiative. The initiative aims to “advance women in STEM by empowering current innovators and inspiring the next generation of pioneers.”

The Ambassadors program is a part of that initiative, and assembled high-profile women in STEM to act as role models for middle school-age girls. Ambassadors received media and communications training and then engaged in outreach work nationally.

After selection in 2019, Louie traveled to a three-day conference with the other Ambassadors. “It was amazing!” she says. “It is the only conference I have ever been to that was 100% female scientists!”

It was a diverse group. “The featured women hail from a variety of fields,” she says, “from protecting wildlife, discovering galaxies and building YouTube’s platform to trying to cure cancer.”

Later, Louie appeared on an episode CBS’ Mission Unstoppable to draw connections between chemistry and the world around us. She also pitched in when another Ambassador’s summer STEM camp needed to go online with the onset of the COVID-19 pandemic.

“She asked a variety of the Ambassadors to present to the girls over Zoom, so that the STEM camp could still be impactful,” Louie says. “I was delighted to be one of the presenters!” 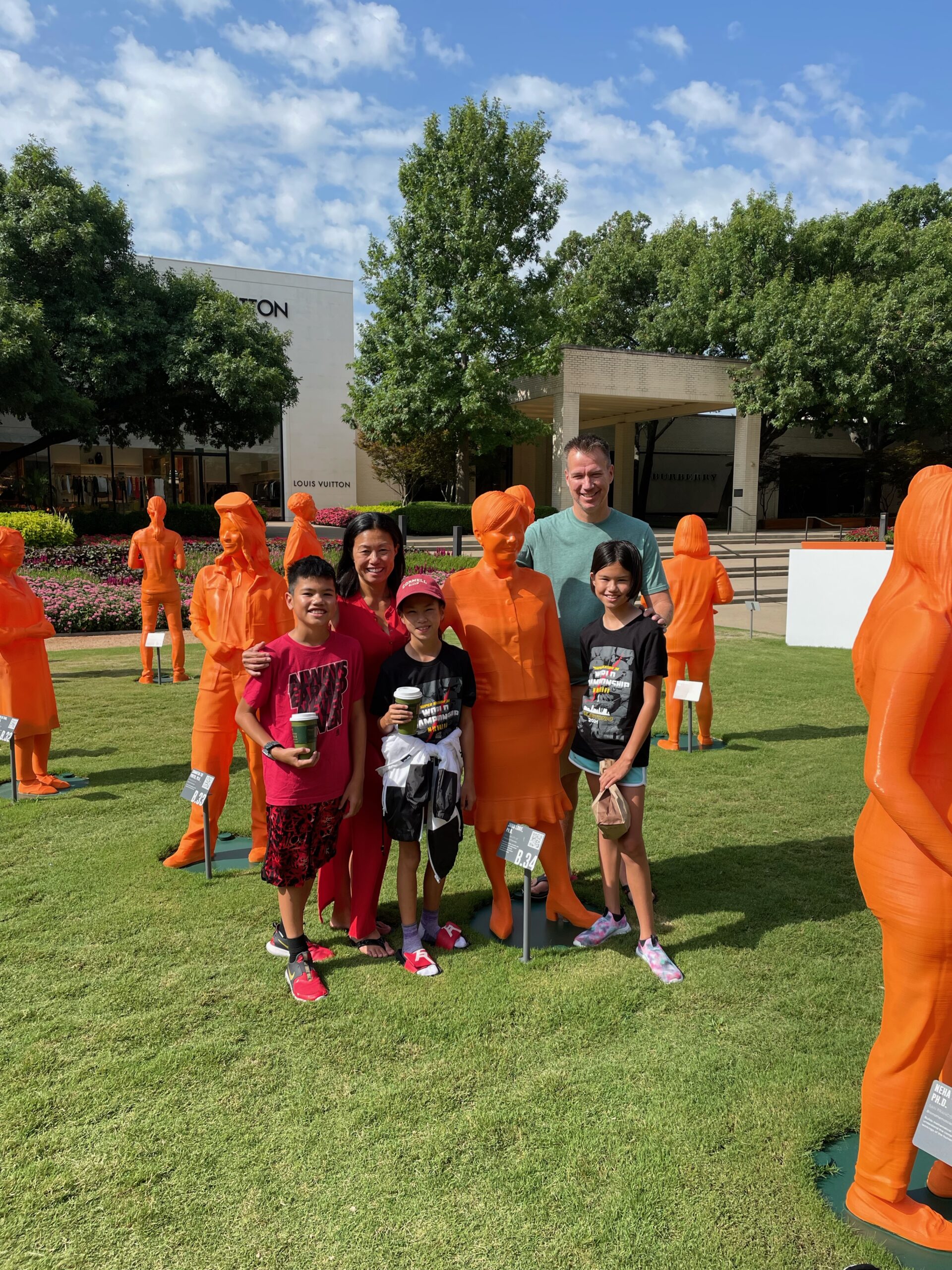 Janis Louie and her family with her statue in Dallas, Texas.

The process of creating the 120 statues was very different from the traditional sculpture techniques that created the hundreds of other statues in Washington, D.C. At the initial conference, Louie and the other Ambassadors each took a turn being digitally scanned in a booth with 89 cameras and 25 projectors so that the statues could later be 3D printed. (Learn more about the process of creating the exhibit here.)

When completed, the orange statues appeared in Dallas and New York City before the full exhibit was first unveiled in Dallas, Texas in May 2021. Washington, D.C. is the exhibition’s second stop.

Louie and her family traveled to Dallas to see her statue.

“It was surreal, in the best way!” she says, of meeting her doppelgänger.  “My children were able to see not only myself but a field of orange statues of women pioneers—and I was thanked by someone visiting the exhibit for making a difference.”

Meet the other Ambassadors featured in the exhibit here.