Ten years ago, Irene Ota listened when a group of students came to her with a common frustration.

“My classmates just don’t get,” Ota, diversity coordinator and instructor at the University of Utah College of Social Work, recalls students saying, referring to a feeling that some students felt about a lack of understanding among their fellow peers when it came to issues of inequality, race and in some cases, social justice as a whole.

Ota wanted to find a way to bridge the divide students felt, using education as a tool for unification. She created what today has become a vibrant part of the College of Social Work: the Voices of Diversity program.

Besides hosting activities that promote understanding and social justice in areas of diversity, Voices of Diversity also sponsors a lecture series each year on social justice topics.

This year, the theme of the Social Justice Lecture series is “Allies for Equity.” Four events — two this past fall and two during the spring semester — have addressed facets related to equity. 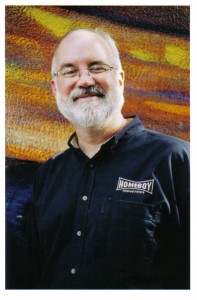 On Saturday, the series celebrated its 10th anniversary by welcoming the Rev. Gregory Boyle, a Jesuit priest from Los Angeles who founded Homeboy Industries, a nonprofit that supports and trains formerly incarcerated and gang involved people.

Boyle has worked in east LA difficult neighborhoods for more than 30 years. From 1986 to 1992, he served as a pastor at the Dolores Mission Church in LA, which was situated between two large housing projects where rival gangs feuded daily. He started Homeboy Industries as a way to intervene to those living the gang lifestyle — as well as find a way to re-enter them into society. Homeboy Industries trains former gang members to work in a range of social enterprises and is considered to currently be one of the largest gang intervention programs in the world, with more than 10,000 clients who seek help from the program each year.

Boyle’s talk, titled “Be Fearless for Me: Courage and the Gospel of the Marginalized,” was delivered to a crowded auditorium at the College of Social Work. He shared his story of focusing on joy, hope and courage to help former gang members find a new life. It’s a journey previously shared his story in his New York Times best-selling book, “Tattoos on the Heart: The Power of Boundless Compassion,” as well as chronicled by the Los Angeles Times and other media outlets.

Boyle’s thought-provoking lecture inspired exactly what the social justice lecture series aims to do overall: Start a discussion among students and the community, said Ota.

In addition to Boyle’s Saturday lecture, the College of Social Work hosts its final part of the “Allies for Equity” series on March 29, when the one-woman play by Fanshen Cox DiGiovanni “One Drop of Love” is presented at the Rose Wagner Performing Arts Center in Salt Lake City. For more information on that event, visit onedropoflove.org. 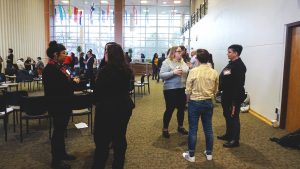 A collective effort for change
January 31, 2020 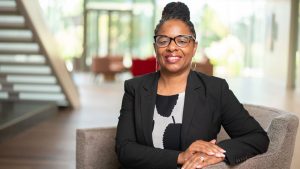