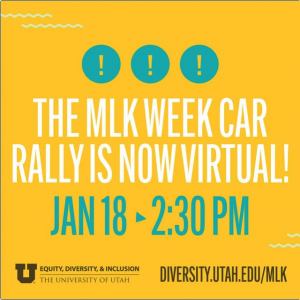 John Lewis was the youngest speaker to address the crowd at the March on Washington on Aug. 28, 1963. At only 23 years old, he was serving as the chairman of the Student Nonviolent Coordinating Committee and had helped plan the march in which he was included in a program that featured renowned leaders of the civil rights movement such as Martin Luther King Jr.

Two years later, Lewis suffered a fractured skull during the infamous events that became known as “Bloody Sunday,” where marchers were attacked by state troopers after crossing Edmund Pettus Bridge and urging for an end to the violence Black and African American people in the South were still facing when exercising their right to vote under the newly ratified Civil Rights Act. Little more than 20 years thereafter, Lewis was elected to the House of Representatives where he became one of the most respected members of Congress prior to his passing in July of 2020.

The planning committee for Martin Luther King Jr. (MLK) Week 2021 knew this year’s theme would need to serve a dual purpose as a reminder of the progress already made and an acknowledgment of the battle against inequality that persists in our country today.

Lewis relentlessly fought for equality during a lifetime in which he saw numerous wins and setbacks, but perhaps his legacy of originating and embodying the term “good trouble” will prove to be his most important gift to the young people who continue this mission in his place today. We discussed this year’s theme with committee chair Pamela Bishop, and sought to learn more about what Lewis meant when he called us to “get in good trouble, necessary trouble.”

From Bishop’s perspective, “‘good trouble’ is really getting involved in causes that move humanity forward. John Lewis’ causes included civil rights, voting rights, criminal justice reform and equality for all humans,” and the 2021 lineup of events is just as broad in focus. 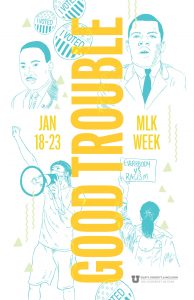 “Reframing the Conversation: Good Trouble and the Redline” will, “explore how low-income communities and communities of color have been adversely affected by racial policies in housing,” according to Bishop. The Office for Health Equity, Diversity, & Inclusion and Spencer S. Eccles Health Sciences Library are partnering to offer a film screening of “Mossville: When Great Trees Fall,” which explores the story of residents in Mossville, Louisiana, as they face the increasing presence of petrochemical plants in the area. The School of Dance will also be bringing new ways to think about activism and how we can bring light to important issues in creative ways, specifically by “Speaking Through Movement.” The Bennion Center also brings us their annual MLK Saturday Service Projects, which, in the resilient spirit of John Lewis, include opportunities to still give back during the COVID-19 pandemic through self-guided and remote channels.

Many MLK Week events this year will also focus on Lewis and his life’s work directly. As Bishop reflected, “he had a lifetime of service which began as a student until his last visit to the Black Lives Matter plaza in Washington, D.C., just weeks before his passing,” and there is much to learn from Lewis’ collection of experiences.

The S.J. Quinney College of Law’s Dean’s Book Review will focus on “His Truth is Marching On” by Jon Meacham, and Equity, Diversity, and Inclusion is thrilled to be bringing Dawn Porter—director of the film, “John Lewis: Good Trouble,” and someone who worked with Lewis—to deliver the 2021 MLK Week keynote address.

Bishop may have described this collection of events best as an opportunity to look to the leaders of the past, learn how we’ve arrived to where we find ourselves today, and apply these lessons to current movements for racial and social justice. She encourages us to take this moment to reflect on the power each of us has, and remember, “whether you are able to organize a peaceful protest, use the power of the pen to write to your representative or op-eds in the media, registering people to vote, holding our government leaders accountable, making phone calls, starting petitions, whatever it takes to get more people involved or bring attention to causes or people that might go unnoticed, there is always something you can do to get into ‘good trouble.’” 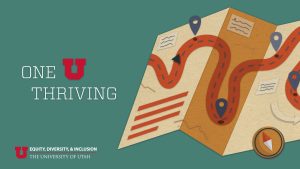 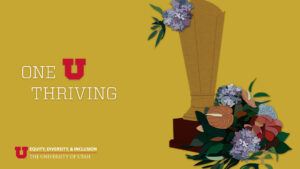 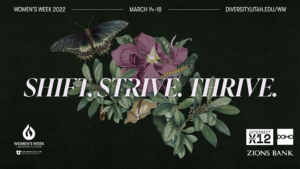 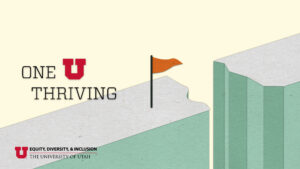