Kilo Zamora had one primary goal in launching a Gender on the Hill class this semester: He wanted to give students a real-life experience in community engagement via participation in legislative politics.

Mission accomplished for Zamora, an instructor in the Division of Gender Studies.

The 20 students in the class spent the first part of the semester learning about lobbying and advocating for two bills: House Bill 200 (sexual assault kit processing amendments) and House Bill 251 (campus advocate confidentiality amendments). Lawmakers approved both of them. 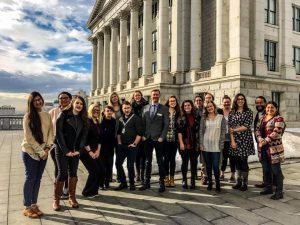 Gender on the Hill students on Capitol Hill.

“It’s been a really rewarding experience taking this class because I feel I’ve been doing activism work, advocating for reproductive rights for a few years, but I never had the mentoring and structure that went along with this class,” said Kiman Kaur, a junior from Taylorsville who is majoring in Gender Studies and Environmental Studies. “It gave me a lot more confidence and made me wonder why I haven’t been engaged in the session before on bills I feel passionate about. It was very empowering and gave me a lot of tools to navigate the political structures.”

The mix of hands-on practice and academic study offered in “Gender on the Hill” is a good example of how the classroom and community can come together, said Zamora, who proposed the class.

For Zamora, lobbying was a hobby long before it became instructional fodder. For the past two decades, he has selected an issue — from hate crimes to affordable housing and reducing payday lending percentages — each session and entered the political foray to share his support or opposition to bills on his chosen topic.

In the process, “I’ve accumulated a lot of contacts and technique,” he said. “You have to learn it all, just like Martin Luther King Jr. did.” And that’s valuable knowledge to share with students.

The class has been meeting once a week in the Beehive Room at the Utah State Senate Building; after spring break, it will return to campus. 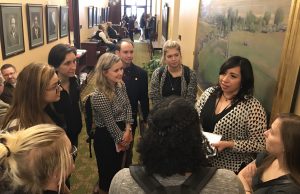 The course began in January with a tour of the Capitol building, given from a feminist perspective that took into account Utah women’s influence on the Hill, their historic access to voting rights and representation today as women political leaders. One of those leaders — Rep. Angela Romero, D-Salt Lake, and sponsor of HB 200 — met with the students on that first day of class.

The students also attended citizen lobbyist training sessions offered by several community organizations and met with lobbyists to hear directly about their approach to advocacy. The students organized an event on campus during Women’s Week on the sexual assault kit processing bill and went on KRCL radio to talk about the proposed legislation. They also learned about technology used to track bills as they move through the legislative process. 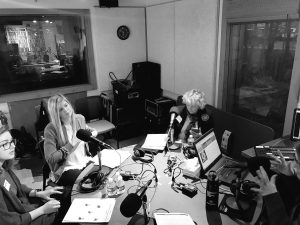 Gender on the Hill on the radio.

They were able to meet with numerous lawmakers, including at least one pol they anticipated wouldn’t be supportive of one or both bills. That was, Zamora said, a growth opportunity as students learned to listen and respond respectfully.

“They were a tremendous asset and I enjoyed working with them,” Romero said. “They bring a new energy to the Hill and it is also nice to see young people engaged in the political process. Now they have tools they can use in the future to reach out to elected officials.”

The students also met with Rep. Jim Dunnigan, R-Taylorsville, who later featured the meeting in his newsletter to constituents.

“I enjoyed it because many times the interactions we have at the Capitol are special interest groups or paid lobbyists and it is really refreshing to see a group of volunteers working on an issue of interest to us,” said Dunnigan, who sits on the Executive Offices and Criminal Justice Appropriations Subcommittee. “The students and people from the U were able to put a real face on a numbers request [funding on HB 200]. It educated me and I like to learn.”

Now that the session is over, the students will continue to follow the bills as they move to the governor to be signed into law and then focus on how the legislation fits into a national and international context.

“Overall what they are getting from this is how to apply their knowledge to make change,” Zamora said. “Citizen lobbying is an invaluable tool to do that. We let them try it out. Students need to have experience learning, practicing and working on what’s most important to them.” 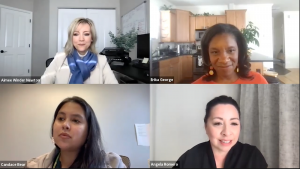