Lee Isaac Chung, MFA alumnus of the University of Utah Department of Film & Media Arts, swept top honors at this year’s Sundance Film Festival. Chung’s film “Minari” was awarded both the Grand Jury Prize and the Audience Award in the U.S. Dramatic Competition.

John Scheib, dean of the College of Fine Arts; Andrew Patrick Nelson, chair of the Department of Film & Media Art; and Kevin Hanson, associate professor of film (and former department chair), attended Chung’s screening, which received a standing ovation from the Park City crowd. They, too, were deeply impressed by the film.

“‘Minari’ is a beautiful, moving film about the pursuit of the American dream, at once timely and timeless,” Nelson said.

“Minari” tells the story of a Korean family that moves to Arkansas to start a farm in the 1980s. As described by the official Sundance synopsis: “David, a seven-year-old Korean American boy, is faced with new surroundings and a different way of life when his father, Jacob, moves their family from the West Coast to rural Arkansas. His mother, Monica, is aghast that they live in a mobile home in the middle of nowhere, and naughty little David and his sister are bored and aimless. When his equally mischievous grandmother arrives from Korea to live with them, her unfamiliar ways arouse David’s curiosity. Meanwhile, Jacob, hell-bent on creating a farm on untapped soil, throws their finances, his marriage, and the stability of the family into jeopardy.”

The film draws on Chung’s own background and childhood memories. An Arkansas native himself, Chung grew up on a farm in the Ozark mountains. He earned his bachelor’s degree in biology at Yale University before attending the University of Utah for his graduate studies in film.

In an interview with Dino Ray Ramos for Deadline, Chung explained how he began writing Minari: “I had my daughter in 2013, we moved to LA and there’s just lots of things that were happening that were feeding into the desire to tell a story that’s more personal and to talk about what it’s like to be a father.”

Minari stars actors Steven Yeun, Han Ye-ri, Youn Yuh-jung, Will Patton, Alan Kim and Noel Kate Cho.  A24 is expected to release the film in theaters stateside this year, but a formal release date has not yet been set. Stay tuned! 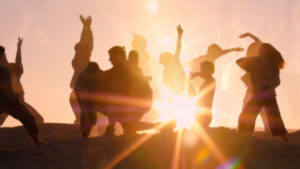 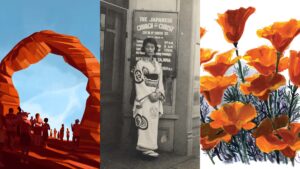 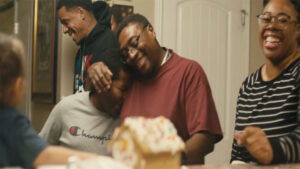