What are the underlying chemical changes that cause mutations responsible for various cancers and neurological disorders? U chemistry professor and chair Cynthia Burrows has developed a new way to detect those changes, which are called DNA lesions.

The human genetic blueprint or genome contains 3 billion base pairs made of the chemical bases A, C, G and T that help form the double helix structure of DNA. A DNA lesion is a chemical change that occurs when a base is missing or has changed chemically, or when there is a break in the sugar-and-phosphate backbone of DNA. 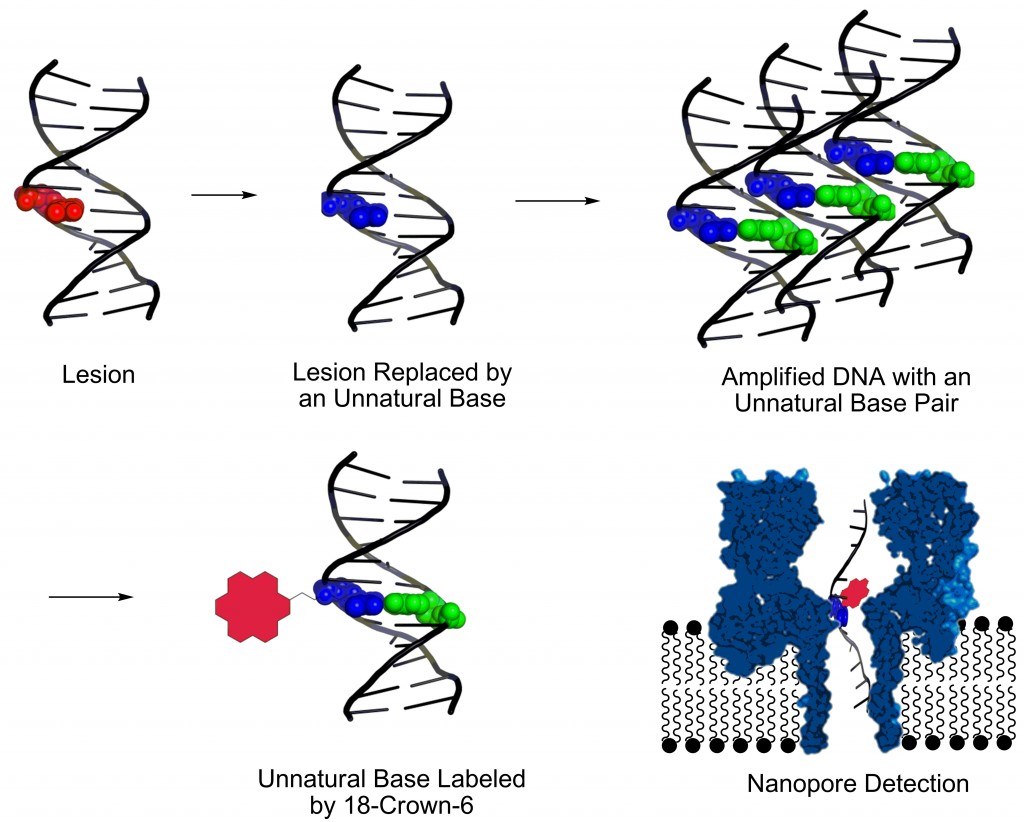 Such lesions happen 10,000 times a day in a single human cell. That may seem like a lot, but with 3 billion base pairs in the genome of one cell, the damage only affects about one of every 300,000 base pairs. And 99 percent of those lesions are repaired naturally. But the rest can become mutations, either genetic or caused by DNA damage “from oxidative stress due to inflammation and infection, too much metabolism, or environmental chemicals,” Burrows says.

The new method seeks “molecular details that define how our genome responds to what we eat and the air we breathe, and ends up being healthy or not,” she says. “We are trying to look for the chemical changes in the base that can lead the cell to make a mistake, a mutation. One of the powerful things about our method is we can read more than a single damaged site [and up to dozens] on the same strand of DNA.”

DNA lesions normally prevent the use of a method called PCR that scientists use to make millions of copies of a DNA strand so they can recover and study one. The new method of detecting lesions overcomes that problem using a set of existing methods – including one that earned a 2015 Nobel Prize in chemistry for a scientist in England.

Burrows conducted the study with chemists Jan Riedl, a U postdoctoral fellow who was the first author, and with Aaron Fleming, a research assistant professor, and Yun Ding, a postdoctoral researcher.

For details about the new method, click here for the full news release.