Editor’s Note: Halloween is here – a fun time for people to explore their creativity and walk around in various costumes or as characters. But when does your costume shift from fun to disrespectful? Often times, costumes attached to traditions or identities of marginalized communities appropriate and exploit these communities. In turn, this reduces rich cultures and histories and turns them into oversimplified stereotypes.

In the U Student Affairs Diversity Council newsletter, U students Amerique Phillips and Alexis Baker wrote about the difference between cultural appropriation and appreciation and provided tips to follow to ensure a respectful Halloween.

As you get ready for Halloween, here are some tips you can put into practice. Think to yourself:

If you answered, “yes,” to any of these questions, you should rethink the costume and try again.

In 2016, Rachel Dolezal was president of the NAACP, and a former African studies teacher. She had curly/kinky locs, tanned skin, that she used to gain the trust of African Americans, and bond over common struggles. She was a black woman…or so most thought. When asked in an interview to identify her parents, who are white, she did so and it became known that she was a white woman performing Blackness. She self-identified with the struggles that black people face, adopted a darker skin complexion and kinky hair, and ultimately took up space and opportunity within the black community. Dolezal adopted these aspects that are intrinsic to African-American culture for the greater purpose of being accepted into spaces she would not have otherwise had a seat at the table in. This belittles the significance of protective hairstyles uniting generations of black people to pioneer new standards of beauty and social value. It ignores the resilience that has been forged through historical and systemic trauma. Dolezal reduced the culture to the seemingly easy aesthetic ability to pass in black spaces, black thought and black history. In this case, Dolezal appropriated black culture via exploiting the narratives/struggles, the traditional and physical attributes of Blackness and gaining status in spaces meant for black people.

Kylie Jenner is another example of cultural appropriation as she attempts to physically embody black culture. She has adopted box braids — a traditionally African hairstyle meant to protect the hair, bigger lips and curves for the greater purpose of looking “good.” Physical features are an important aspect of black culture, because they are used to discriminate against black folks or justify oppression of black folks American society. In short, black features and culture are preferred to be performed by non-black folks, but black folks who do not have the choice to not perform their culture (because it’s not a performance but an aspect of who they are) are demonized for being authentic or too black. On the other hand, appreciation is like an invitation from said cultural group to participate in one’s culture with the intention of learning more about the culture and respecting its members.

Ways in which you appreciate a culture would be to attend a wedding or celebration and educate yourself on the significance of their traditions. For example, there is a huge difference between you and your friend having a luau-themed party and actually attending a traditional luau. Of course, there is a fine line between appropriation and appreciation. 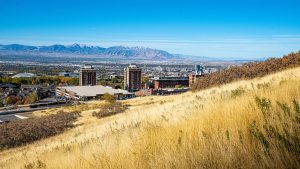 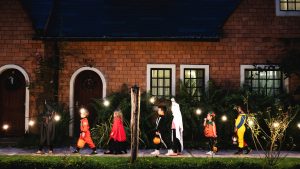 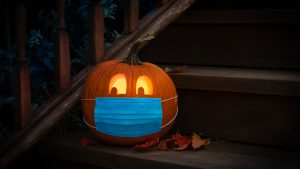 COVID-19 is a frightening factor this Halloween
October 23, 2020