When Rob Butters took the stand this spring to offer expert testimony about why justice was best served by keeping Abdullahi “Abdi” Mohamed’s case in juvenile court, his comments were bolstered by the work of his students. 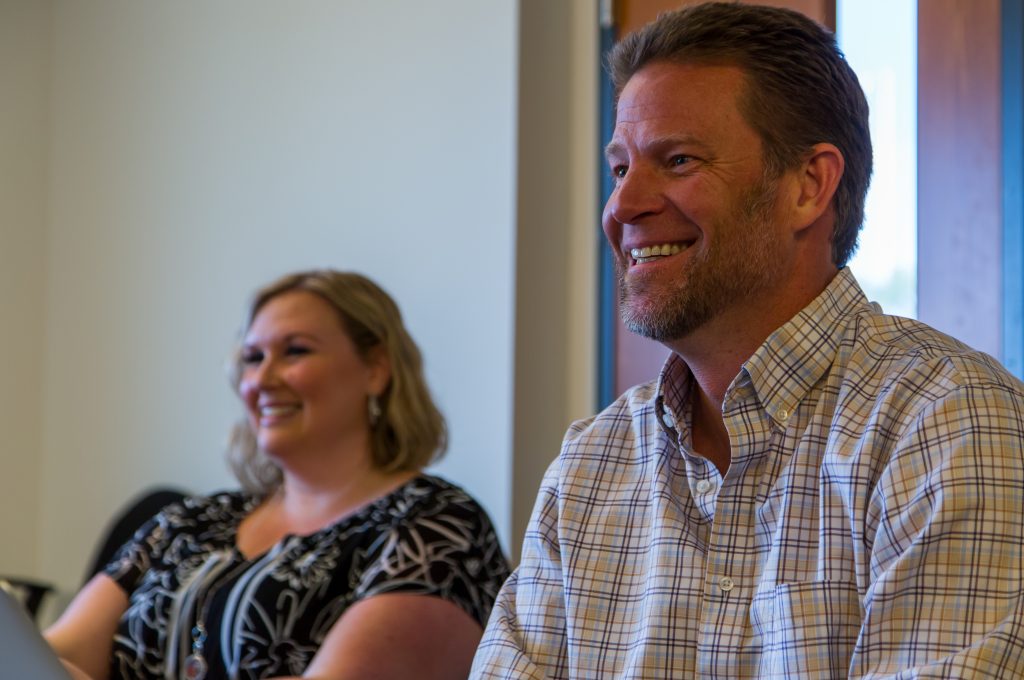 The second-year graduate students, all working on master of social work degrees, spent the semester diving deep into Mohamed’s background and history and coming to a conclusion about how his case should be handled. Mohamed was 17 when he assaulted a man during a drug dispute and then was shot by police in downtown Salt Lake City.

Given what they learned, the students came to a consensus: Mohamed belonged in the juvenile rather than the adult court system — which Butters proceeded to tell 3rd District Court Juvenile Judge Julie Lund. Days later, that’s exactly how Lund ruled.

“It really brings all the things we do in forensic social work to life — risk and needs assessments, the likelihood of recidivism, all the things we talk — right in front of them in a real-life case,” said Butters, an assistant professor in the College of Social Work and director of the Utah Criminal Justice Center at the U.

Butters has worked in the juvenile justice and mental health fields for nearly 30 years, and as an expert witness in juvenile cases for more than a decade. This is the third time Butters has enlisted help of graduate students in his advanced forensics course to come up with a recommendation in a case involving a juvenile facing certification as an adult or prosecution under the serious youth offender law.

Butters said he has one directive for the students: Go into the case with an open mind and make a recommendation based on what is right — for the juvenile, for the community, for everyone else.

The students, all of whom sign confidentiality agreements, are able to review critical case information, getting an exceptional perspective on the criminal justice system as they do their research. In this case, they also met with Mohamed and key members of his legal team.

“It made for a super-rich class discussion,” he said.

April O’Neill of South Jordan, who worked on the project and was in court when Butters testified, later said the professor could have drawn on his background alone in his remarks but “took the time to incorporate all of our work.”

“It felt like a really humbling but important experience to be able to participate in an assignment that actually affected someone’s life,” O’Neill said. “It made me really appreciate my education in social work even more and showed me how social work can integrate with the court system to bring the criminal justice side and therapeutic perspective” together.

“His information was really good,” Donnahoo told the class. “The juvenile team went to lunch after the testimony and we tried to find some criticism and we had nothing.”

Most students who take the class plan to work in the juvenile or criminal justice fields. One former student who completed both a master of social work and a law degree is now working in the federal prosecutor’s office collecting mitigation evidence, Butters said.

“The thing I hear from students is, ‘I did something in school that I got credit for and I made a difference in our community,’” said Butters. “It’s very meaningful for them, something they never forget.”