U alum Ryan Watts is on the front lines of the battle against neurodegenerative diseases like Alzheimer’s, Parkinson’s, Huntington’s disease or "ALS".
Paul Gabrielsen, science writer, University of Utah Communications

If you know one of the 6.75 million Americans with Alzheimer’s disease, Parkinson’s disease, Huntington’s disease or amyotrophic lateral sclerosis (ALS or Lou Gehrig’s disease) then you know the toll that one of these neurodegenerative diseases can take. The few approved treatments that exist can slow the progress of a disease, but not stop it or reverse it. 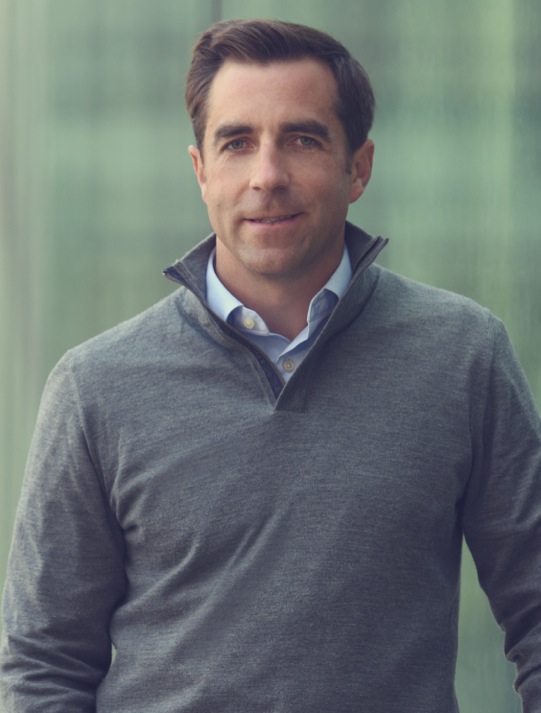 Ryan Watts, University of Utah alum, is on the front lines of the battle against neurodegeneration. He is CEO and co-founder of Denali Therapeutics, a company “dedicated to defeating neurodegenerative diseases through rigorous therapeutic discovery and development.” In the next Frontiers of Science lecture on Thursday, April 12, Watts will talk about the progress they’re making toward treating neurodegeneration and the challenges that still lie ahead. The lecture is free and open to the public and begins at 6 p.m. in the Aline Wilmot Skaggs Building auditorium. “Frontiers of Science” is hosted by the College of Science and the College of Mines and Earth Sciences.

@theU spoke with Watts about his experience as a U undergraduate and what drives him in his work today.

What lessons did you learn as a student at the U that have stayed with you through your career?

The other thing I learned at the U was how to work hard. Because the U is a massive campus and there’s a lot of students, you have to be self-motivated. Your success depends on the amount of effort that you put in.

What drives you in your work to treat neurodegenerative diseases?

I had thought I was going to be a chemist, but I took human genetics and cell biology as an undergrad and realized there was an entire area that was unknown. The question was how to apply those biological insights? What organ system should I study? I took a neuroscience course at the U and then studied neurodevelopment as an undergrad and grad student. How does the brain develop? What happens when things go wrong, in psychiatric illnesses, neurological disorders and aging?

There are two motivations for me. One is the scientific unknown and the other is the many examples in my personal life of family and friends who have suffered from Alzheimer’s, Parkinson’s and ALS. Because there are no effective medicines, both the impact on the patient and their families is really striking. That motivation became more of a reality in the last 10 years when I started working on inventing medicines for these diseases. I’ve been fortunate to get to know incredible people who suffer from these diseases, and that has ended up being my biggest driver – seeing the impact on their lives and hoping to be as successful as the field of oncology where certain people with certain cancers can essentially be cured of those cancers because of the molecularly targeted medicines.

One of the obstacles to treating neurodegeneration is a barrier between the bloodstream and brain tissue. Can you tell me about the blood-brain barrier and why it’s difficult for medicines to cross it?

Because the brain is this unique organ that regulates all our functions from breathing to complex thought, it has evolved a special microenvironment that allows for the electrochemical communication. That environment is established by the formation of a blood-brain barrier, and the purpose is to exclude any toxins from the brain, but it also excludes most medicines that otherwise could be effective in treating brain disease. Since 2006 I’ve focused on ways to invent medicines to cross the blood-brain barrier. They’re all different types of medicines from oral medications like ibuprofen to antibodies, which I’ll talk about in great detail in the lecture.

What has surprised you about the progress of neuroscience during your career?

We have yet to have an approved medicine that halts the disease for some of the bigger neurodegenerative diseases like Alzheimer’s or Parkinson’s. We have some that are effective symptomatic therapies. In the last several years we’re starting to see some effective medicines to treat some of the rarer neurodegenerative diseases where there’s a known genetic cause. The most striking advance is the understanding of the inborn risk we all have through our genetics. This has been unbelievably helpful in understanding Alzheimer’s and Parkinson’s and ALS. Without any question, this will lead to effective medicine. That requires large population studies, but beginning in 2008 we’ve started to see more and more human genetic insight.

Second to that is our ability to view the brain through imaging and view aggregating proteins. I think another advance is being able to engineer brain delivery. That’s been critically important to be able to invent drugs that can actually access the brain.

Stephen Hawking’s recent passing brought renewed attention to ALS, the disease with which he was first diagnosed in 1963. What treatments exist now that didn’t exist then?

There are just one or two medicines approved for ALS and they have modest efficacy. They do very little to extend the lifespan of people with ALS. We have a very specific pathway to go after that we know plays a role in ALS. In fact last month we announced that we’re introducing a drug into clinical trials that goes after these resident immune cells in the brain that appear to be inflamed in ALS.

I have a very close friend, a colleague who works with us here at Denali who has ALS. It’s a devastating disease without any question. It’s the most devastating of the big four: Alzheimer’s, Parkinson’s, Huntington’s and ALS. The challenge is that your motor neurons that affect your ability to move ultimately degenerate. But from a cognitive point of view, they remain relatively intact. This particular guy, Seth Christensen, was at Microsoft when he was diagnosed. He had a website called ALS Crowd. It’s been amazing to me to work with Seth over the last year. We’re inventors of these medicines. But we also need to understand the patient perspective. Seth has been very involved as we make decisions, such as where we consider risk in these otherwise devastating diseases as we invent medicines.

It took them about two years to diagnose Seth, which makes it a challenge to intervene and stop the disease from progressing, because you need to be able to find these individuals very early in the disease to be able to halt the degeneration. We know a lot more about inflammation in ALS and the converging pathways that ultimately kill the neurons. We’re working on both pathways.

What else should audiences know before they come to your lecture?