In anticipation of commencement at the U, University Marketing and Communications is looking for great student stories to help highlight the diversity of our graduating class, showcase the strong work ethic of our students and celebrate the creative energy found across campus.
Janelle Hanson

In anticipation of the 146th commencement at the University of Utah, University Marketing and Communications is looking for great student stories to help us highlight the diversity of our graduating class, showcase the strong work ethic of our students and celebrate the creative energy found across our campus. 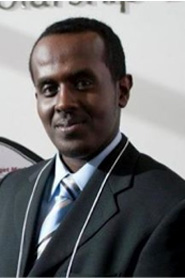 Jamal Abdinor was one of 1,000 U.S. high school students awarded a Gates Millennium Fellowship and could have used his “good-through-graduation” scholarship at any college or university. He chose the U and its Department of Chemical Engineering, following an outreach internship while in high school. For the past two years, Abdinor has worked with chemistry and chemical engineering professors to study the porosity of rocks in underground reservoirs. In 2012, Abdinor and a team of fellow engineers—following the entrepreneurial spirit cultivated throughout the U—developed a medical device called LIYEN, or the Last Inhaler You’ll Ever Need, to improve drug delivery to asthma patients. LIYEN won $15,000 in the U’s Bench to Bedside competition, which is being invested in the company JC Medical to develop prototypes. Abdinor will attend Columbia University for the master’s program in chemical engineering. 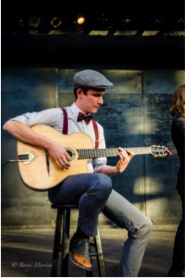 James Martak was 28 when he decided to go to college to study music. He had been playing guitar since a teen, but not seriously until he was 25. His first week of school, however, he nearly quit, realizing how little he knew about playing jazz. Luckily, he and a fellow student shared classes as well as a taste for gypsy jazz. Inspired by a master class taught by guitarist Frank Vignola, they formed a combo to meet a jazz program requirement, Hot Club of Zion, which went on to win top honors at the UNC Greeley Jazz Festival in 2012. Still together, Martak intends to make a full-time career of the band. After graduation his travel schedule with the band includes studying in Samois, France — the birthplace of Django Reinhardt — playing in Greece, Belgium and this fall at the first Django Festival in Medellin, Columbia. 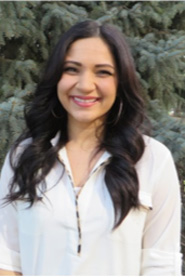 Although Shahara Tiatia is the first in her family to attend college, she has been an extremely involved student as a founding member of her sorority Alpha Phi, lead presidential intern for President Pershing, peer adviser for the LEAP program and as residential adviser for upper division honors housing. Her honors thesis project centered on developing and promoting policy solutions to intergenerational poverty for a local nonprofit organization, Community Action Partnership of Utah. Through her course work, Tiatia wrote policy, created social media infographics and designed a brochure that the organization will use to continue her work in the future. Next for Tiatia is a stint as a Teach for America corps member in Hawaii, where she will work with a low-income community for the next two years.  After that she hopes to pursue a J.D. in social justice law. 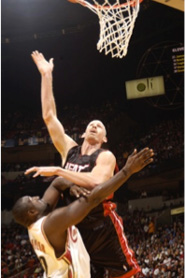 Michael Doleac played basketball for the University of Utah Utes from 1994 to 1998. Over the next 10 years he played in the NBA for the Orlando Magic, Cleveland Cavaliers, New York Knicks, Denver Nuggets, Miami Heat and Minnesota Timberwolves. After retiring from the NBA, he returned to the U and has pursed a degree in physics. He is graduating with a master’s degree and will teach physics at the U.S. Ski Team academy in Park City. 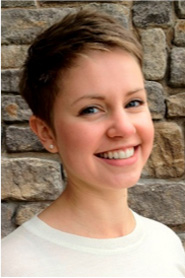 Clare Tobin Lence likely changed lanes many times driving from her home in New Jersey to Stanford, where she earned her bachelor’s degree, but perhaps none as dramatic as her move from dancer to health care consumer advocate. After moving to Salt Lake City from New York City, she pursued a joint master’s degree while working at HealthInsight, a local nonprofit that promotes consumer engagement in health care decision making. Completing two degrees in three years while holding down a demanding job was not easy. The combination of public health and public policy give Lence an edge in helping consumers navigate the evolving health care landscape. Lence says she didn’t expect to find the career satisfaction she has found in Utah; working in a smaller market, she is able to have more responsibility and a larger impact, even at this early stage of her career.

One of the many ways these stories were used was when NBC Nightly News visited the U to gather footage for its annual commencement round-up. Look for U students in the 2014 clip below: