Departments across campus have events planned to recognize and celebrate Black History Month at the University of Utah. The theme for 2021, picked by planning committee members, will be "Transformative Voices."

"We want to make sure that Black History Month not only honors historical figures but also highlights the amazing accomplishments and contributions of Black people today," said Meligha Garfield, director of the Black Cultural Center at the U. "Black voices are not a monolith. There are Black people everywhere globally, and we want to ensure our transformative voices are heard and celebrated on a bigger scale."

This Black History Month also marks the two-year anniversary of the U's Black Cultural Center, which they will celebrate at the Black Faculty and Staff Awards on Feb. 26, from 6-7 p.m.

Most events will be virtual this year, with the exception of an in-person opportunity to check out "Black Refractions: Highlights from The Studio Museum in Harlem," an exhibition at the Utah Museum of Fine Arts featuring more than one hundred works by nearly eighty artists from the 1920s to the present.

Morgan Aguilar:
Welcome, everyone. I'm Morgan Aguilar, a communications specialist with University Marketing and Communications. And we're joined by Meligha Garfield, who is the director of our Black Cultural Center. And we're here today to talk about Black History Month, which is in February, which we always celebrate here at the U. We know that the Black Cultural Center hosts most of those events across our campus, but it's not just there. It's going to be a campus-wide initiative with events for everybody to get involved with.

So thanks so much for joining us Meligha. We're going to chat about some of the events. But first, we've got to talk about this moment that we're in. It just feels different this Black History Month, given that we're not only experiencing the COVID-19 pandemic, but we're also very much still in the wake of a year that saw widespread protests, the Black Lives Matter movement. And I want us to talk about what maybe feels different about your work at the BCC and your work on this black history month compared to prior years.

Meligha Garfield:
Yes. Great question. I would say that for Black History Month, this year is just different because it's being made aware to a lot of... A broader audience this year. Then I would say in previous years. Especially as you mentioned with things that have happened last summer and just the political climate overall and just everything in general.

It's definitely been promoted because everyone is at home or virtually. So they're spending more time on social media. They're spending more time on the computers and engaging with content more. And so I think that we've just been broadcasted, especially on our social media and say, "Oh, okay. Yeah, this is what's going on. There's a lot of stuff that's going on." And they probably didn't even know before. And so, yeah, definitely a change in that.

I would also say the other major thing is that all of our events this past fall semester and the spring semester have been online only. And there's some positives and negatives with that. The positives is that we were able to reach a larger audience, faculty, staff, students as well as the broader community that... I mean, not everyone can fit in the Black Cultural Center for a particular event.

So being able to have it virtually has been able for everyone to access that at any time that they want, or, at any place that they wanted to. They can bring it up on their phones, laptops or whatever. And so it's been very much assessable.

The negatives though, is that what I hone in as a Black Cultural Center is definitely having a space or a home away from home where faculty, staff, students and the community they retreat to, since we've had limited hours. And then our programming itself has been online only.

The center has really been, not as much of a home as it used to be. And I'm hoping to get back to being that home in the future, but I would say this the biggest change that we've endured.

Morgan Aguilar:
Yeah. I love talking about the positives of how many more people were able to interact with, but you're absolutely right there's just something special about that physical space and being able to gather together for sure.

So the theme this year, let's chat about that. What did the planning committee decide on and what does it mean?

Malaysia Garfield:
Yes. So the theme is, Transformative Voices. And the reason why we as a committee agreed to do this particular slogan was because, throughout Black History Month, I think voices usually get, "Oh, we're going to talk about MLK. MLK is amazing." MLK, Rosa parks, these different historical figures.

We want to make sure that their voices are transformed, but also transcend our campus, the community, the Salt Lake community, as well as the state and the country. And so that's why we went with that as far as there are many voices that should be highlighted.

And also that in a lens that black voices are not necessarily a monolith, and that there are different perspectives that represent blackness. And Black people in themselves make up an entire diaspora of people. And they're from, rather be from the African continent, people living in Latin America or the United States or the UK, or in Asia. There are black people everywhere, globally. And just making sure that our voices are heard and are transformative and being highlighted on a bigger scale.

Morgan Aguilar:
Yeah. Such an important point to make, as we talk about Black History Month, we also want to recognize the accomplishments and contributions that are happening today. So, yeah. Excellent point.

So like you said, it's a little different this year, we all know, but how can folks across campus and in our community engage with the U in black history month?

Malaysia Garfield:
Yes. Great question. So you can engage, one by going to our website, which is diversity.utah/bcc. And with that, if you click right on our homepage, as far as the Black Cultural Center, there's a link with a little graphic saying black history month, you click on that and it'll take you to a list of events that are happening all around campus for black history month.

And you can click on any one of those events and since... I believe the majority of them, except for maybe the Utah Museum of Fine Arts, which can go in person with limited capacity. The majority of them are online. And so you can just click on them, register for their Zoom link or whichever and attend that event virtually.

And then for, of course, with the exhibit, the Black Refractions Exhibit at the Utah Museum of Fine Arts, you can just go there, reserve a ticket and then go there in person with limited capacity.

Morgan Aguilar:
Yeah. And I saw where that's free for students and faculty staff of the year. So that's a great opportunity to get out of the house safely, maybe once during Black History Month, yes.

So I also want to talk about the Black Cultural Center specifically because y'all opened in February, of 2019. So this will be two years. It's fun you always have your anniversary during black history month. So what maybe stands out as some highlights of the BCC in these first two years to you?

Malaysia Garfield:
Oh, some highlights. I would say the biggest highlight is really honing in on more of the vision and mission of what we're looking to go throughout the future.

So the biggest highlight is, "Okay, I'm looking forward to the future because we're laying the groundwork today." And really understanding, "Okay, how do we reach the various audiences that we need to reach?" And then on top of that, create educational initiatives and programming measures that really can impact not only just black people, but everyone here on campus. And so that has been my biggest thing coming out of these last two years per se.

But also say that our community has grown significantly since. I wasn't here when it officially opened, I came a couple months later, but when I did hope in since then, till now our populations of black students have grown, I don't necessarily know fully as far as in faculty. So I don't want to speak on that, but I've known that our student populations have grown since then. So it's good.

Good, good things. Good things. What I'm looking forward to in the future though, to roll out is we have some programs. One particularly is with the Joyful Memorial Fund, which will be some leadership programs that are coming out of that, that hopefully will start in the fall of this year and really attaining to how do we develop black leadership here on campus and for them to lead beyond the university. And so look out for that. There's some big thing coming out with that.

And then also some initiatives pertaining to men of color and how do we retain them, particularly black men and other men of color itself. And then some other initiatives as well that I'm excited for. Yeah.

Morgan Aguilar:
Cool. Well, thank you so much for joining us and taking the time to tell us all about black history month 2021, virtual version. We want to remind everybody to head to diversity.utah.edu/bcc, and you'll find the full calendar of events this February. Black history month, Transformative Voices for 2021. So thank you. 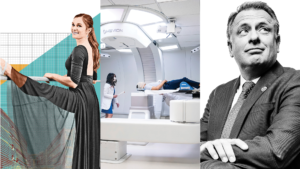 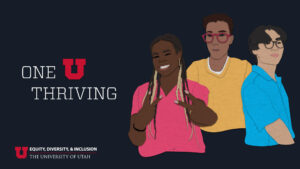 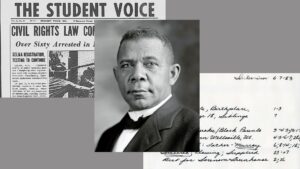