Vice President Joe Biden was already thinking about ways to share “big data” across disciplines, hospital systems and state borders in his quest to defeat cancer. 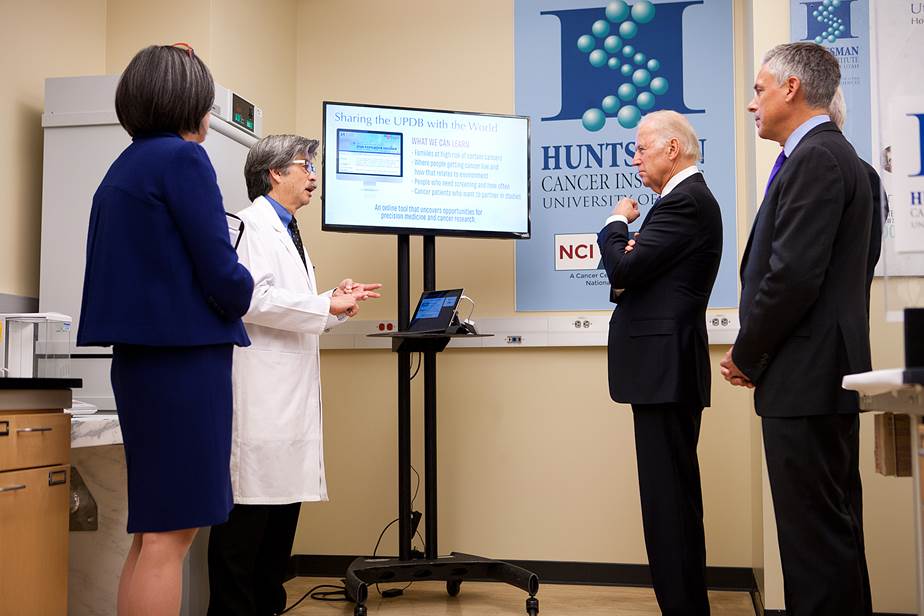 But a five-volume gift of his family’s genealogy from leaders of The Church of Jesus Christ of Latter-day Saints, a crash course in the Utah Population Database and a round table discussion with cancer researchers at Huntsman Cancer Institute (HCI) Friday clinched it.

“The data is trapped in silos,” Biden said. “It’s locked away in individual institutions, limiting prospects. I want to talk to you about how to unlock that data. I want you telling me not only what you’re doing, but what we should be doing, how the federal system can get out of the way.

“What I want to hear is how you made this [database] a central part of your mission,” Biden told the crowd gathered on the sixth floor of the HCI.

The cancer research center and hospital at the University of Utah is just the latest stop on the vice president’s “Cancer Moonshot” listening tour. He has crisscrossed the country – from Penn Medicine’s Abramson Cancer Center to the University of California San Francisco – in a bid to figure out what’s working, and what isn’t, in American health care providers’ fight against cancer.

After talking to more than 220 oncologists, primary care doctors and a couple of Nobel laureates, Biden noted, most are striving to gather the same information and duplicating expensive effort. He wants to break down the technological and psychological barriers that keep cancer researchers siloed.

“For too long, researchers and physicians have been trapped in silos – self-imposed or actual silos,” the vice president said. “Oncologists don’t work with virologists. Virologists didn’t work with geneticists.

“They’re all trying for the same holy grail, spending hundreds of millions of dollars,” he added. “Should this be more collaborative?”

Members of the Utah audience offered the database as an example of the best kind of collaboration — between the University of Utah, the LDS church and patients and doctors around the country.

Utah researchers already have used the database to pinpoint treatment for colon cancer patients, Huntsman Cancer Institute CEO and Director Mary Beckerle said. By crunching “big data” from those patients, Beckerle said, institute researchers were able to isolate a region of the colon that is more susceptible to cancer lesions. 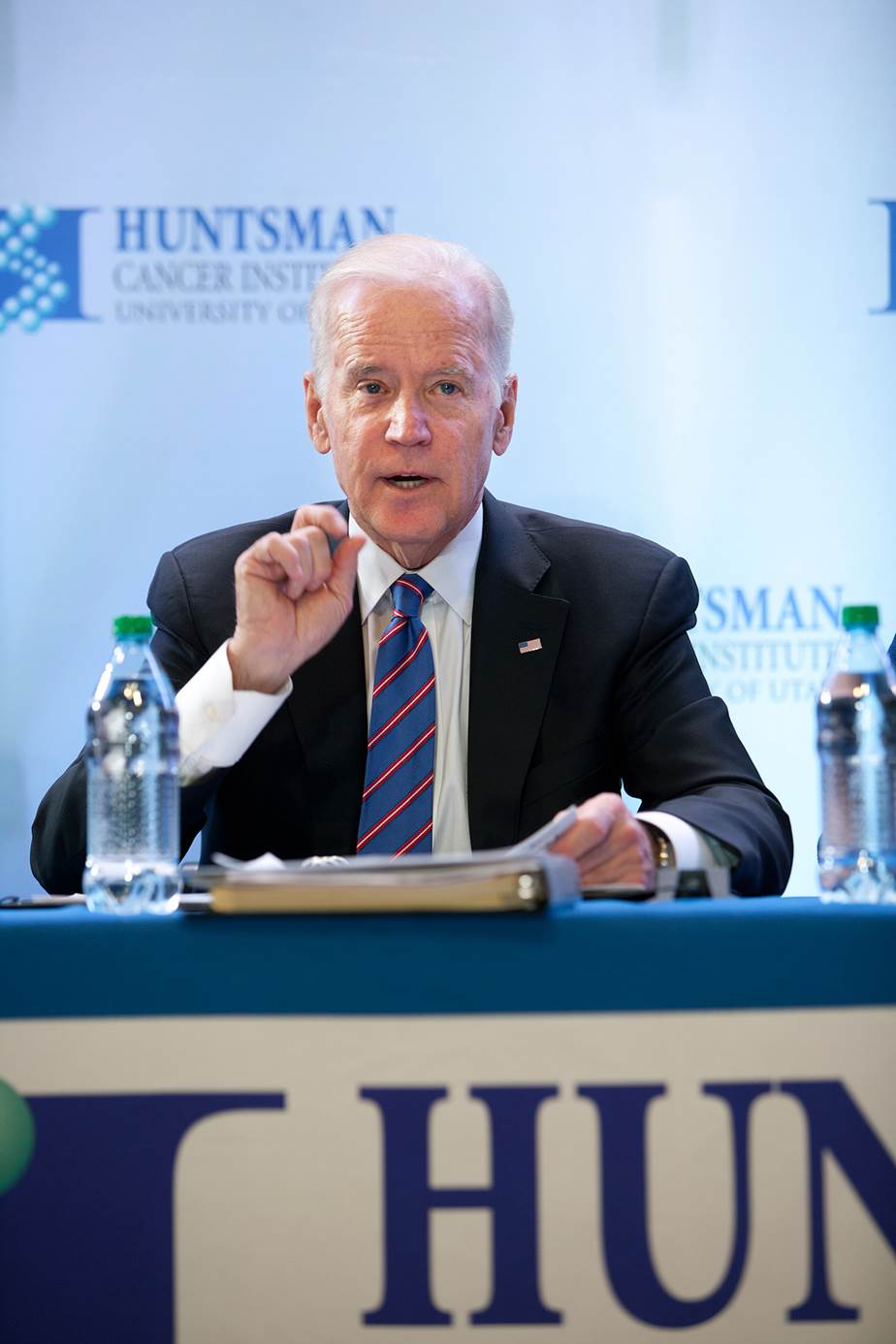 Biden wondered if creating a national colon cancer database would be useful? Or, could we take the Utah Population Database national and international?

“The tissue alone is not nearly as powerful as having the family history,” Senior Vice President for Health Sciences Vivian Lee said. The database, through collaboration with Intermountain Healthcare, the Utah State Department of Health and the LDS church, already is nearly international, Lee said.

“The question is: How could we build on that?”

“There is a huge wealth of data in our electronic records that we cannot get at,” Sweetenham said. “We could go back years and pull data out of these records that’s already there. That would be a huge resource.”

And HCI patient Emma Houston, a cancer survivor, lamented that she had not been able to share her family history – three aunts, a grandmother and her mother all diagnosed with breast cancer – with her oncologist. Maybe “my 37-year-old daughter would have been diagnosed much earlier.”

Houston urged Biden to take the ego out of cancer treatment. “Can we work together, regardless of who gets the credit, so we can get it done?”

Her oncologist, Huntsman Family Cancer Assessment Clinic Co-director Saundra Buys, said most cancer patients, like Houston, would be willing to share their data if it meant advancing research. “They are extremely anxious to provide their information, their DNA,” Buys said.

Biden agreed. “There is this overwhelming willingness to share the data if they think that it is likely to not only help themselves but help other people,” he said. “It’s amazing the number of patients who are thinking beyond themselves.”

That willingness to help is one of the unique aspects of Utah cancer, former Gov. Jon Huntsman Jr. told the vice president. The son of institute founder Jon Huntsman Sr. said a spirit of community collaboration, a dedication to rural and “frontier” cancer care, and the institute’s outreach to five surrounding states might be duplicated elsewhere.

“It’s a microcosm example of what could be done throughout the country,” Huntsman said.

In the end, Biden said, we have to take advantage of this “inflection point” in cancer research.

“We’ve never been at this place before. For the first time, we can see what the ultimate solution is going to be,” he said. “But whether we can get there in 10 or 50 years depends on how quickly we can put these pieces together.” 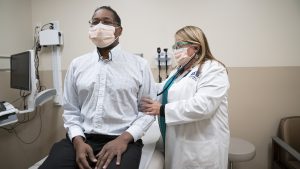 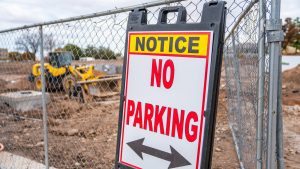