Discussions of reforming the bail system, which allows defendants to post a monetary bond and leave jail while they await trial, often turn to the question of public safety. Would people out on bail commit crimes?

The answer, according to two University of Utah professors, appears to be yes. Public safety, they say, may be endangered by increased numbers of released defendants. Distinguished professor of law Paul Cassell and economics professor Richard Fowles have reanalyzed data on increased pretrial releases in Cook County, Illinois (the Chicago area), and found that the releases lead to increased crimes. These costs, they say, call into question whether bail reform measures in Cook County—and other areas around the country—are truly cost-beneficial.

“Paul and I do share the belief that it is important to utilize data to assess the consequences of policy decisions,” Fowles says.

In September 2017, the Cook County Circuit Court adopted new pretrial release procedures—“bail reform.” The intent was to make the justice system more equitable, as high bail amounts were economically insurmountable for many defendants. A year and a half later, in May 2019, the Office of the Chief Judge of Cook County published a statistical review of how the new procedures had operated. The study concluded that the new procedures had led to many more defendants being released before trial but had not led to an increase in crime.

In their working paper, Cassell and Fowles reanalyze the bail reform study’s public safety conclusions. The county’s study, they say, looked simply at crime rates as a whole before and after bail reform and did not account for various confounding factors that could obscure criminal behavior by pretrial releasees.

They conclude that, contrary to the study’s assertions, the new changes to pretrial release procedures did, in fact, lead to an increase in crimes committed by pretrial releasees in Cook County. Properly measured and estimated, the number of defendants who were charged with committing new crimes increased by 45% after the changes in release procedures. And, more concerningly, the number of pretrial releasees who committed violent crimes increased by an estimated 33%. In addition, as reported by the Chicago Tribune, murders committed by pretrial releasees may have also increased; and a substantial number of aggravated domestic violence prosecutions appear to have been dropped after the changes, possibly because released domestic violence defendants could have intimidated their victims into not pursuing charges.

Cassell and Fowles raise the caution that what happened in Cook County could also be happening in other areas. As they explain in their paper, the Cook County bail reforms rely on a Public Safety Assessment developed with the assistance of the Laura and John Arnold Foundation. The risk assessment program has been used in more than 25 other jurisdictions, including three statewide programs. “If Cook County’s bail reforms have produced more additional crimes than can be justified on cost-benefit analysis, then many other jurisdictions may have faced similar consequences,” Cassell and Fowles write.

In Utah, the Legislature passed bail reform measures in 2017 and 2019 focused on reducing the use of cash bail instead of other forms of release. Cassell and Fowles write that such reforms can be implemented without jeopardizing public safety, but if the changes significantly expand the number of defendants (particularly violent defendants) who are being released before trial, then the possibility of corresponding crime increases must be considered.

“What has happened in Cook County,” the researchers say, “is that the court has reported that releasing more defendants before trial does not create any additional risk to the public. That is counterintuitive—one would think that as more defendants charged with felony crimes are placed back on the streets, the risk of those defendants committing new crimes also increases. And that is, in fact, what the data shows, when properly analyzed.”

Levels of violent crimes, particularly gun crimes, have been high in Chicago in the last decade. In 2018, Cassell and Fowles teamed up to analyze the Chicago homicide spike, finding that the cause of the spike was likely a reduction in stop-and-frisks by law enforcement. Their earlier paper can be found here. In light of the high levels—and high costs—of gun crimes, their current paper raises the caution that perhaps those charged with dangerous crimes, particularly gun crimes, should be carefully scrutinized before being released pretrial.

“Our findings suggest that as bail reform increases the number of defendants who are released, there appear to be corresponding increases in danger to public safety,” Cassell says. 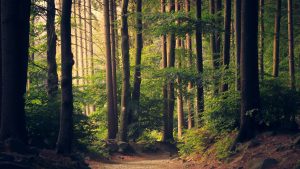 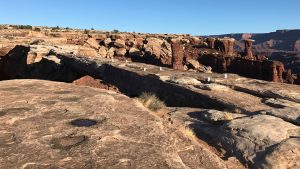 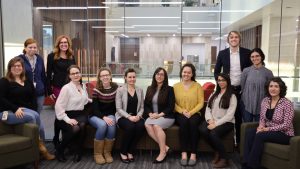