Two new studies from University of Utah researchers show what can be learned from a short seismic checkup of natural rock arches and how erosion sculpts some arches—like the iconic Delicate Arch—into shapes that lend added strength.

A study published in Geophysical Research Letters begins with thorough measurements of vibrations at an arch in Utah, and applies those measurements to glean insights from 17 other arches with minimal scientific equipment required.

The Geohazards Research Group at the University of Utah measures small vibrations in rock structures, which come from earthquakes, wind and other sources both natural and man-made, to construct 3-D models of how the structures resonate.

Watch (and listen – turn up your speakers!) how Moonshine Arch near Vernal, Utah, moves:

Part of the reason for these measurements is to assess the structural health of the rock feature. In studying 17 natural arches, doctoral candidates Paul Geimer, Riley Finnegan and their colleagues set seismometers on the arches for a few hours to a few days. The data from those measurements, coupled with the 3-D models, gave important information about the modes, or major movement directions, of the arches as well as the frequencies for those modes of vibration.

“This is all possible using noninvasive methods,” Geimer says, “that form the first step in improving our ability to detecting and identifying damage within arches and similar features.” The noninvasive nature of the tests—with the seismometers sitting on the arch’s surface without damaging the rock—is important, as many of Utah’s rock arches are culturally significant. 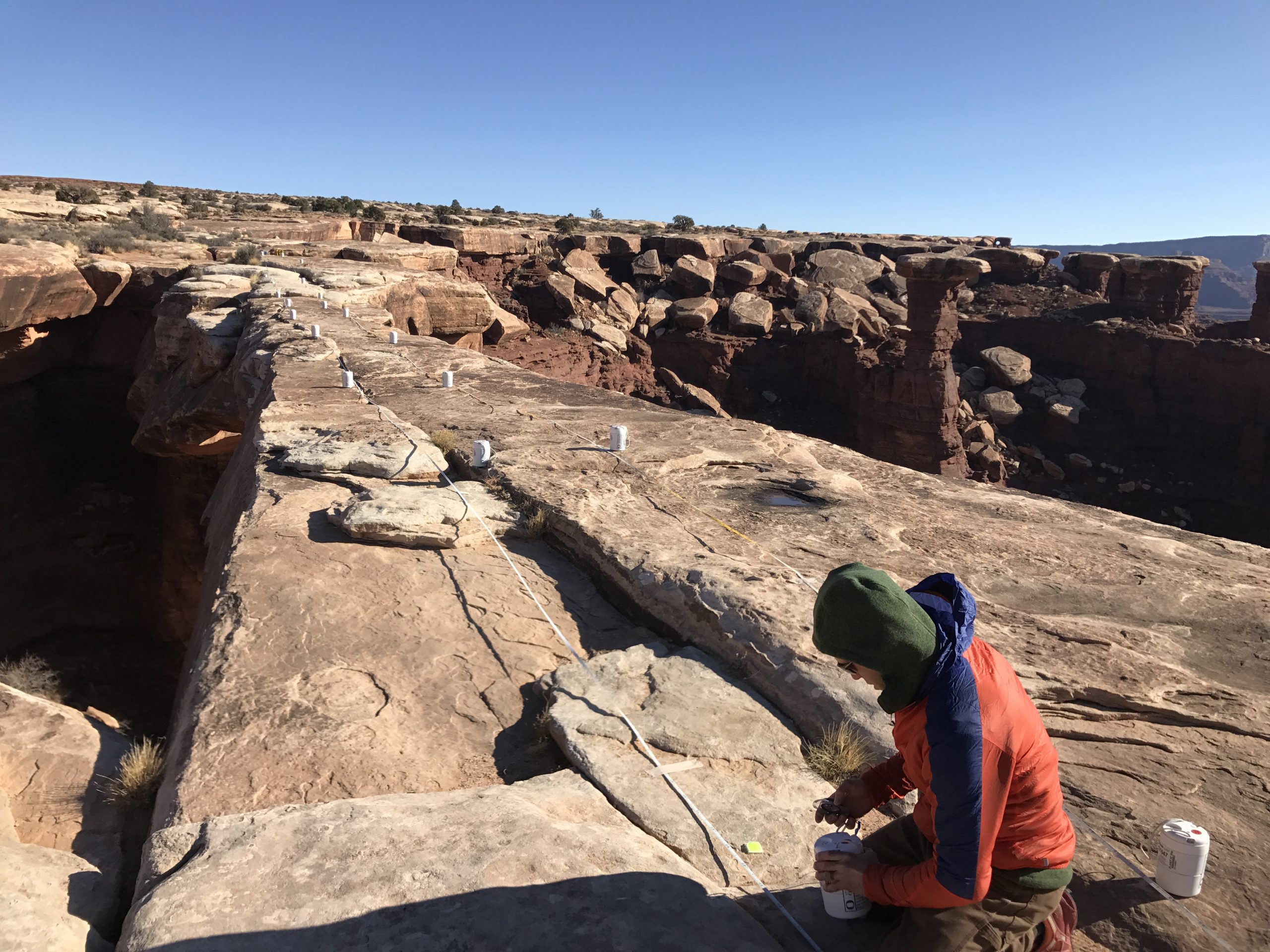 The studies of the 17 arches used just one or two seismometers each, so with permission from the National Park Service, the researchers went to Musselman Arch in Canyonlands National Park to verify their earlier measurements. The arch is flat across the top and easily accessible, so they dotted it with 30 seismometers and listened.

“This added wealth of information helped us to confirm our assumptions that arch resonant modes closely follow simple predictive models, and surrounding bedrock acts as rigid support,” Geimer says. “To my knowledge, it was the first measurement of its kind for a natural span, after decades of similar efforts at man-made bridges.”

All of the arches studied exhibited the property of low damping, Geimer says, which means that they continued to vibrate long after a gust of wind, for example, or a seismic wave from a far-off earthquake. The results also help researchers infer the mechanical properties of rocks without having to drill into the rock to take a sample. For example, the stiffness of the Navajo Sandstone, widespread in Southern Utah, seems to be related to the amount of iron in the rock.

“In its ideal form, the inverted catenary eliminates all tensile stresses,” Geimer says, creating a stable curved span supported solely by compression, which the host sandstone can resist most strongly. The idea that inverted catenary arches are sculpted by erosion into strong shapes is not new. But the U team’s approach to analyzing them is. Returning back to their 3-D models of arches and analysis of their vibration modes, the researchers simulated the gravitational stresses in detail on each arch and calculated a number, called the mean principle stress ratio, or MSR, that classifies whether the arch is more like a beam or more like an inverted catenary.

The structure of the rock in which the arch is carved can also influence its shape. Inverted catenary arches are more likely to form in thick massive rock formations. “This allows gravitational stresses to be the dominant sculpting agent,” Geimer says, “leaving behind a smooth arc of rock held in compression.” Beam-like arches typically form in rock formations with multiple layers with varying strengths. “Weaker layers are removed by erosion more quickly,” he adds, “leaving behind a layer of stronger material too thin to form a catenary curve.”

While the inverted catenary shape can lend an arch stability in its current form, Geimer and associate professor Jeff Moore are quick to point out that the arch is still vulnerable to other means of eventual collapse. “At Delicate Arch,” Moore says, “the arch rests on a very thin easily eroded clayey layer, which provides weak connection to the ground, while Rainbow Bridge is restrained from falling over by being slightly connected to an adjoining rock knoll.”

Still, the MSR metric can help researchers and public lands managers evaluate an arch’s stability due to its shape. The Geohazards Research Group is continuing to study other factors that can influence rock features’ stability, including how cracks grow in rock and how arches have collapsed in the past.