When rats were placed in conditions that simulate moderate-high altitudes, the three pharmaceuticals failed to suppress behaviors that model human depression. By contrast, another antidepressant, Zoloft (sertraline), worked under these conditions. The results of tests with the four drugs – all of which fall in the class of antidepressants known as serotonin reuptake inhibitors (SSRIs) – are published in the May online edition of Pharmacology, Biochemistry and Behavior.

“Being at altitude can worsen levels of depression and lower the response to SSRIs,” said Shami Kanekar, research assistant professor of psychiatry and lead author on the study. “We may need to be more careful about which antidepressants are prescribed to people living at altitude.” Future studies will need to determine if these selective effects of SSRIs in animals are also seen in people.

Previous work has shown links between living at higher altitudes and susceptibility to depression. Rates of depression and suicide are particularly high in Utah and other states in the Intermountain West region of the United States where elevations are considerably higher than in the rest of the country. Similar trends are also seen in countries such as Austria and Peru that have large populations living at high elevation.

Connections between altitude and depression have also been documented in tests with lab rats where conditions can be carefully controlled. Kanekar found that rats acclimated to 4,500 feet, or in hypobaric chambers mimicking conditions at 10,000 feet, were more likely to display depression-like behaviors than those in chambers calibrated to sea level conditions. Depression was evaluated by validated methods, including the inclination to swim and climb.

The current study adds an important element to the discussion by demonstrating that of four SSRIs tested, only Zoloft significantly and consistently lessened signs of depression seen at altitude. Moreover, there were clear differences between females and males in both antidepressant response and depression-like behavior at altitude.

Despite being within the same class of antidepressants, individual SSRIs have different pharmacological profiles, potentially explaining their varied effects.

“Utah has very high rates of both depression and anxiety. In many instances, long-term treatment is required but does not work well,” said the study’s senior author Perry Renshaw, professor of psychiatry. “This work suggests that only some antidepressants are likely to be effective at altitudes higher than 2,000 feet.”

While the current study investigated short-term impacts of the drugs and changes in altitude, it remains to be determined whether responses to antidepressants also differ over the long-term in people.

If the findings hold true, they could also have implications for individuals with diseases that affect breathing such as asthma, sleep apnea, and chronic obstructive pulmonary disease (COPD). These so-called hypoxic conditions lower amounts of oxygen in the bloodstream, mimicking impacts of low oxygen environments at altitude. Patients with these conditions are also susceptible to increased rates of depression and suicidal behavior.

The research was supported by the Utah Science, Technology and Research (USTAR) Initiative and U.S. Department of Veterans Affairs, and was published as “Hypobaric hypoxia exposure in rats differentially alters antidepressant efficacy of the selective serotonin reuptake inhibitors fluoxetine, paroxetine, escitalopram and sertraline.” 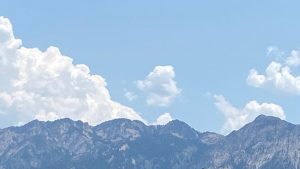 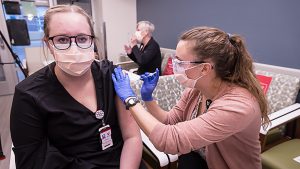