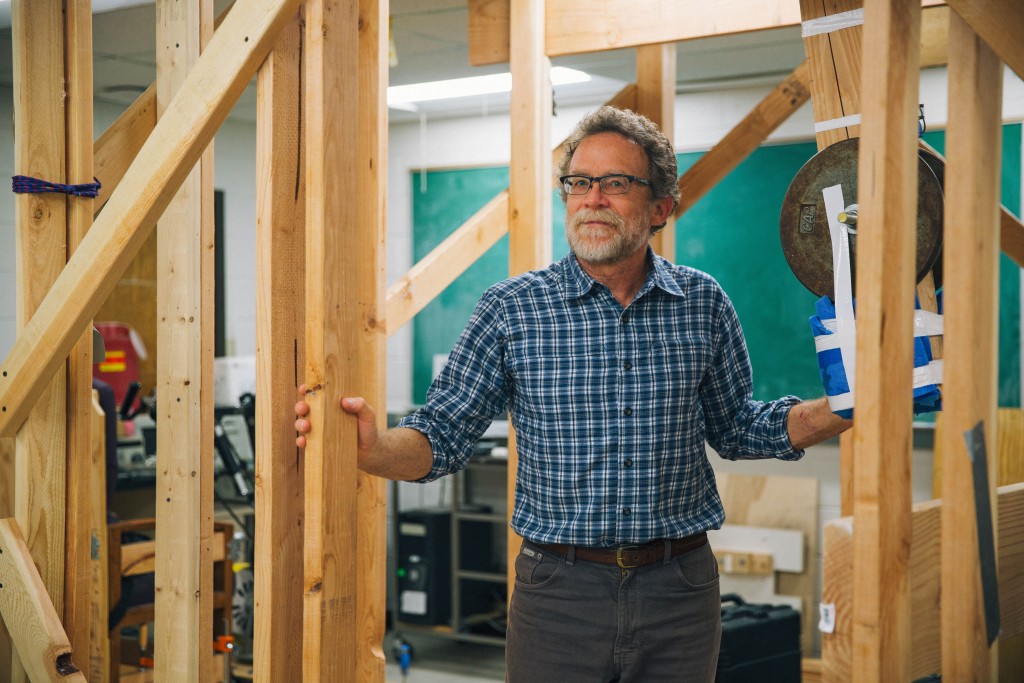 U biologist David Carrier’s latest study set off renewed debate over his theory that the human hand evolved not only for manual dexterity, but so prehistoric human relatives could make clenched fists to protect hand bones during fights over females.

In earlier research, Carrier argued that the ability to fight better was behind the evolution of short, squat legs in australopiths – the burly early relatives of humans. He also published studies arguing that both the hands and faces of humans and their extinct relatives evolved – at least in part – to protect hand and face bones (except the nose) during fighting.

His latest study, published in the Journal of Experimental Biology, stirred up even more attention, partly because he used cadaver arms from body donors to collect experimental evidence for his theory. Carrier and his students used strain gauges to measure stress on the cadavers’ hand bones (metacarpals) when they were placed in a pendulum device and struck a padded weight hundreds of times in different positions.

The study found that humans can safely strike with 55 percent more force with a fully clenched fist than with an unbuttressed fist, in which the thumb is extended instead of wrapped over the index and middle fingers. And the clenched fists could punch safely with twice the force compared with an open hand slap.

Carrier’s past research drew harsh criticism, such as from a well-known blogger who referred to it as “bro science.” This time, the harshest criticism came from a physical anthropologist who claimed the study “was a perfect example how not to use bone-strain data.” Carrier sent her a note explaining why she was incorrect.

“Our work remains controversial because many anthropologists, social scientists and biologists do not want to consider the possibility that human evolution may have been influenced by violent behavior,” Carrier said. “There is a fear that any acknowledgement of a dark side to human nature could be used to justify violent behavior now or in the future.”

“But if we embrace the goal of reducing violence in the future,” he added, “I think we all can agree that there is power in understanding whether or not the emotions that facilitate violence in the modern world are deeply rooted in our evolutionary history.”

Short videos explaining Carrier research were produced by Newsy (click here to watch) and HowStuffWorks (click here), and an excellent, detailed 41-minute podcast was made by StuffToBlowYourMind (click here).

For the U news release on Carrier’s new study, click here.