[bs_row class=”row”][bs_col class=”col-sm-8″] By PEAK Health and Fitness 5 TIPS TO LOSE WEIGHT WITHOUT DIETING In light of a recent study that looked at the metabolic consequences of extreme dieting and exercising, let’s chat a bit about why dieting doesn’t work and what to do instead to improve your health and wellness. Many dieters lose […]
Janelle Hanson

5 TIPS TO LOSE WEIGHT WITHOUT DIETING

In light of a recent study that looked at the metabolic consequences of extreme dieting and exercising, let’s chat a bit about why dieting doesn’t work and what to do instead to improve your health and wellness. Many dieters lose five to 10 percent of their weight over the course of a diet, but researchers at UCLA analyzed numerous long-term studies on weight changes after initial weight loss, they found that between 60-83 percent of participants regained their weight and some after years post weight loss intervention. Those numbers are pretty bleak.

Instead of falling within these depressing statistics, focusing on positive and reasonable lifestyle changes sets you up for much greater success than a majority of popular diets. Here are five simple changes you can make to reach your healthier self and still enjoy the food you’re eating:

Taste the food, give your body time to realize you’re getting fed and nourished.

Fill up on those water and fiber filled nutritional powerhouses before you dig into other higher calorie foods.

Eat off a smaller plate

Part of our eating satisfaction comes from what we see and a full small plate seems bigger than a larger less-filled plate (that actually has more food).

Add vegetables to nearly everything

Bulk up your meals with vegetables.

Are you hungry? Are you tired or bored? Are you eating because you always eat while watching your favorite late night TV show?[/bs_col][bs_col class=”col-sm-4″] 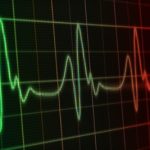 Every 43 seconds, someone in the U.S. has a heart attack. And according to a new study, half of them don’t even know it. Instead, they suffer what are known as “silent” heart attacks.

“Some people don’t realize they are having a heart attack because they don’t have pain,” says John Ryan, M.D., a cardiologist with University of Utah Health Care. “There isn’t that ‘elephant on the chest’ sensation that is associated with a heart attack, so they write it off as something else.”

SUMMER SKIN: THEN AND NOW 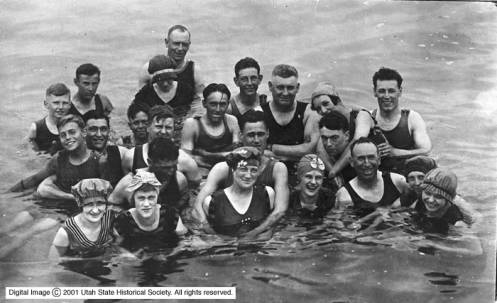 Popular descriptions of modern summer skin usually include terms such as “golden” or “sun-kissed.” But those phrases would most likely make your great-grandmother shudder. Former generations wouldn’t dare venture outside without being covered head to toe, with a wide-brimmed hat to top it all off.

“The way we look at summer skin care has evolved greatly,” says Erika Summers, M.D., a University of Utah dermatologist. “Earlier generations were outside a great deal. This increased exposure often resulted in significant, painful and occasionally disfiguring sunburns that left them highly motivated to stay shielded from the sun.”

At the turn of the 20th century, porcelain skin was seen as a sign of wealth and stature. However, once the wealthy started taking yacht trips and coming back from the Hamptons with a glow, tanned skin became the new beauty standard.