The winter edition of Continuum is hot off the presses. From the U’s body donor program to the "Professor Powder," there is something for everyone to enjoy.
University of Utah Communications

The winter edition of Continuum is hot off the presses. Read about the U’s body donor program, our own “Professor Powder ” who unpacks Utah’s claim to snow fame, 100 years of The Chrony going digital, and profiles of 11 remarkable people who are helping the U imagine new heights as part of a new capital campaign.

Nearly 250 people a year donate their bodies to science at the U as a final act of generosity. 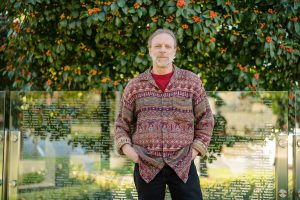 Kerry Peterson speaks up for the dead. As manager of the U’s Body Donor Program and instructor in the medical school’s anatomy lab, he has preserved, studied and kept tabs on thousands of bodies given to the U in an ultimate act of service.

He is on call around the clock all year long, comforting family members whose loved ones have recently died or who have wondered how scientists and students are learning from their bodies. And sometimes he must ensure that the bodies are used as intended: Years ago, Peterson ended a program that allowed youth groups and others to tour cadaver labs, calling it a “sideshow.”

Bodies are donated to the U for future doctors, nurses and other health care professionals to better understand human anatomy and to practice operations and life-saving procedures. They’ve helped develop artificial hearts, lungs and vertebrae; assisted in the creation of genetic tests; improved catheters, intubation techniques and methods to harvest stem cells. They’ve also enhanced knee, spine and brain operations. And they’ve expanded what researchers and doctors know about dementia, autism, strokes and other conditions.

“The sacrifice the family makes is, they wake up every morning and mom’s not in the ground,” Peterson says. “They look toward the University of Utah and go, ‘Mom’s being worked on today. I wonder how long that’s gonna last?’ Because they care. … Somebody needs to look out for their interests.”

Peterson calls the donors “bars of gold”—and he is their guardian.

Read the extraordinary stories of recent donors and an FAQ about the program. 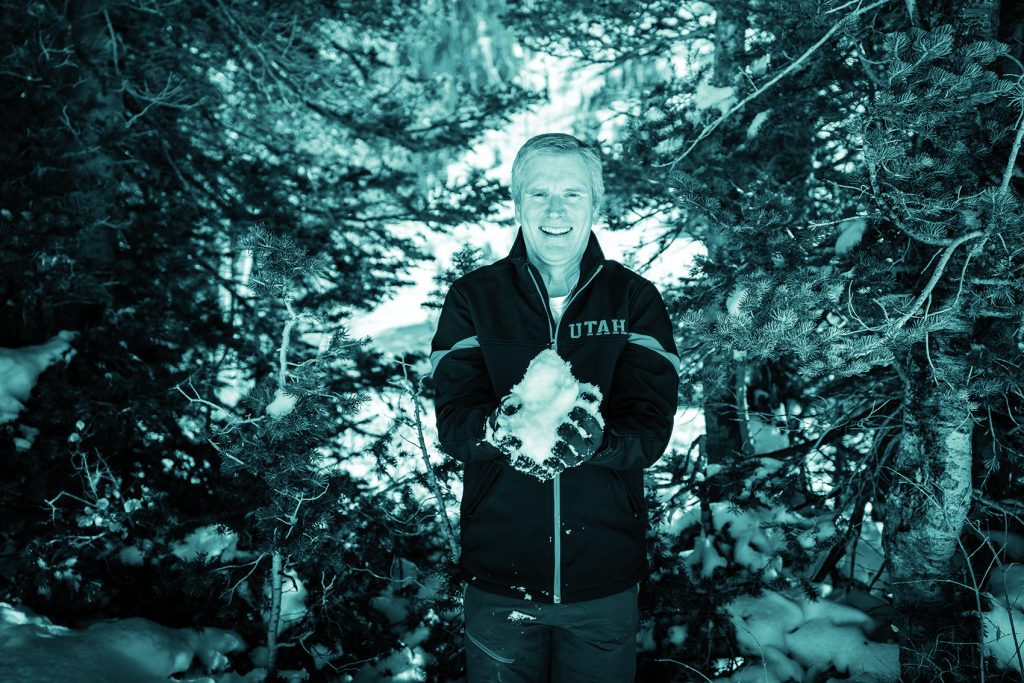 In 1960, a Utah journalist first called Utah’s powder “The Greatest Snow on Earth.” The phrase took off, bedecking Utah license plates now since 1985. The lore went that the winter storms dumped most of their moisture on the Sierra Nevada mountain range on their way east, leaving the driest, fluffiest snow for Utah.

Few people know the ins and outs of Wasatch Mountain snow better than Jim Steenburgh, professor of atmospheric sciences at the University of Utah, whose Twitter handle is @ProfessorPowder. In 2008, he started examining the “greatest” claim with meteorological science, an effort that culminated in a 2014 book, “Secrets of the Greatest Snow on Earth.” Since 2010, he’s blogged regularly about Utah’s weather atwasatchweatherweenies.blogspot.com. The blog often documents the so-called Steenburgh Effect. “Whenever [Steenburgh] leaves Utah in the winter, it tends to snow,” a colleague wrote in 2017, “and often it snows a lot.”

Steenburgh’s research has taken him to the Tug Hill Plateau in New York and to the mountains of Japan. He served on the weather support team for the 2002 Winter Olympic Games and has consulted with teams for most of the winter games since then. Steenburgh discussed some of his FAQs and both the past and the future of Utah’s superlative snow.

The climb is on as the university launches a new capital campaign. 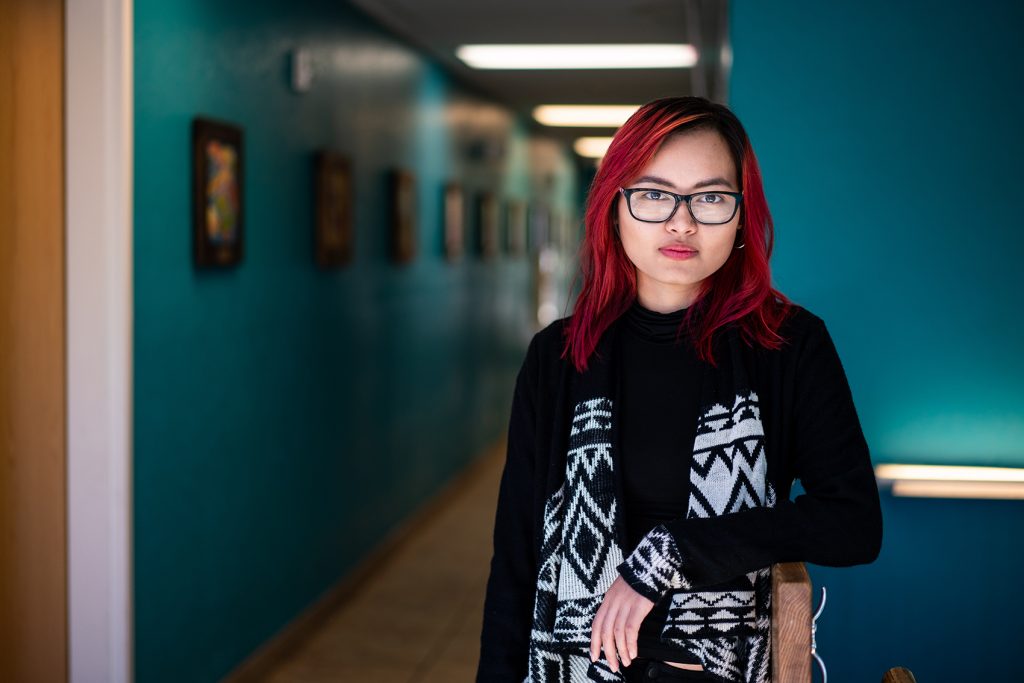 As the U embarks on a new capital campaign, we share the stories of 11 remarkable people, including Sayro Paw.

Paw was 12 when she arrived in Utah from the Mae La Refugee Camp in Thailand. She recalls being totally overwhelmed by the language and cultural differences. “I didn’t know how to communicate with anyone,” she says. “I didn’t know anyone at school, and I couldn’t do homework.”

Gradually things improved for Paw, especially once she connected with the U’s own University Neighborhood Partners (UNP) Hartland Partnership Center, one of more than 30 sites where UNP engages with west side neighborhoods. At UNP Hartland, Paw had faculty and student mentors who helped her with language and study skills and eventually helped her apply to college. In addition, Paw made new friends participating in UNP Hartland’s outdoors programs, where she got out on weekends to rock climb, canoe, and hike.

Read Paw’s full story and watch interviews of her and the 10 other remarkable people who are imagining new heights.

A century of The Daily Utah Chronicle has been digitized and archived. 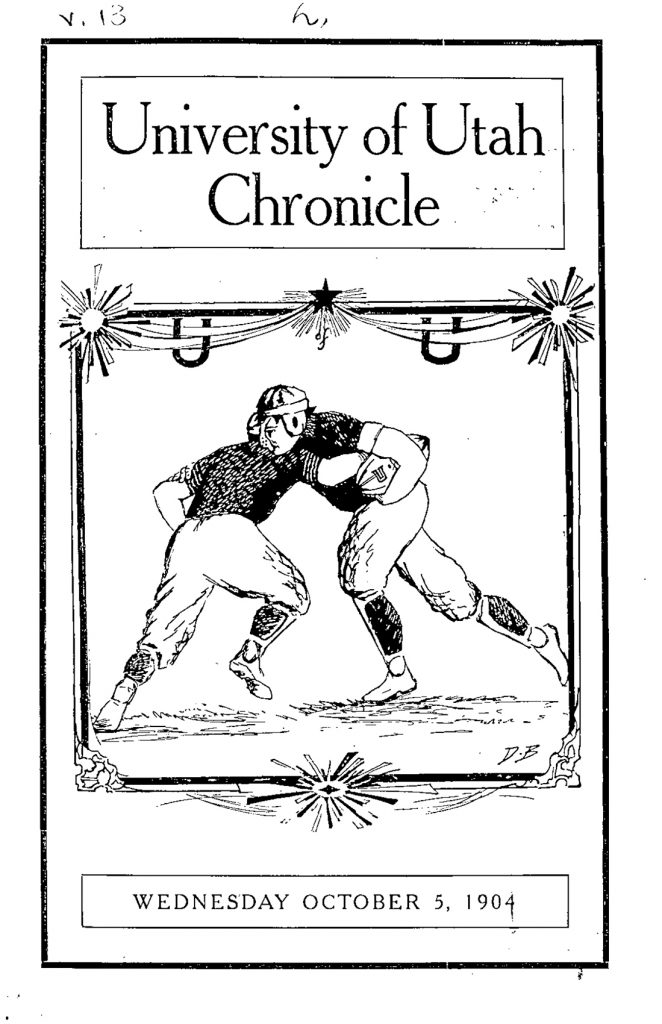 Feeling nostalgic for your college days? Need to help your kids with a Utah history assignment? Or curious about what campus life was like when your grandmother attended? All this and more is now available at your fingertips. The first 100 years of the University of Utah’s student newspaper, The Daily Utah Chronicle, have been digitized and placed online.

Every page of every issue, from 1892 through 1992, can now be found at the website Utah Digital Newspapers (digitalnewspapers.org)—along with more than 2 million pages from newspapers from every corner of the state.

A key advantage of digitization is searchability: Researchers can enter a term and uncover every page on which a particular topic or name appears. A century of Chrony editions in digital form is a gold mine of information waiting to be discovered.

The Daily Utah Chronicle, or the Chrony, is one of more than 800 university-based student newspapers in the U.S. but one of the few to remain continually in print for more than a century.

Read the full story and scroll through images of the Chrony’s recently digitized archives.