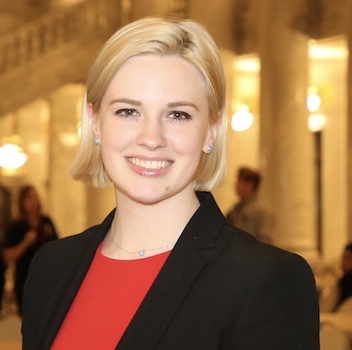 Elise Scott, a political science and communication double major, is a recipient of the 2020 Harry S. Truman Scholarship. She is one of 62 students from across the nation to receive the award that is the “premier graduate scholarship for aspiring public service leaders in the United States.”

“A friend suggested I apply back in 2017,” said Scott. “Each year, I would watch the deadline go by, telling myself the odds were too low to justify trying. Eventually, I realized growth is about risk and told myself I would regret it if I didn’t give it a shot.”

Scott began her college education at Salt Lake Community College before transferring to the U. She is the opinion editor at The Daily Utah Chronicle where she has won multiple awards for her writing and has served on advisory boards for the Associated Students of the University of Utah. She also completed an internship during the 2019 legislative session through the Hinckley Institute of Politics, and has volunteered with UServeUtah, Salt Lake Peer Court and various local political campaigns.

In her application, Scott expressed her passion for the defense of civil rights and the mitigation of hate-based violence and domestic terrorism. She believes it is urgent that current and future leaders restore public trust in government institutions by addressing extremism, fringe ideologies and political polarization. As such, she intends to use the $30,000 Truman Scholarship award to attend law school.

“I’m interested in studying criminal law and would love to be involved in conversations about how to better deliver legal solutions that help victims, their communities and even those who may have committed a crime themselves,” said Scott. “The Truman Scholarship is so generous and it will increase my financial ability to enter and sustain a career in public law.”

Scott was selected from among 773 candidates nominated by 316 colleges and universities, according to the Harry S. Truman Scholarship Foundation. The foundation was created by Congress in 1975 as a living memorial to President Truman.

Congress established the Barry M. Goldwater Scholarship and Excellence in Education Foundation in 1986 in honor of the former Arizona senator, who served his country for 56 years as a soldier and statesman—including 30 years as a U.S. senator.

The foundation awards scholarships to college sophomores and juniors who show exceptional promise of becoming the next generation of leaders in the critical fields of natural sciences, mathematics and engineering. This year, three students from the U have been selected as Goldwater Scholars for the 2020-21 academic year. 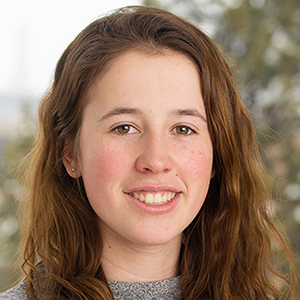 Lydia Fries, a junior majoring in chemistry, is an author on two papers with chemistry professors Shelley Minteer and Matt Sigman and has worked in both researchers’ labs on projects including electrochemistry and palladium catalysis. She is a teaching assistant, a participant in the College of Science’s ACCESS program and was selected for an internship at Genentech. 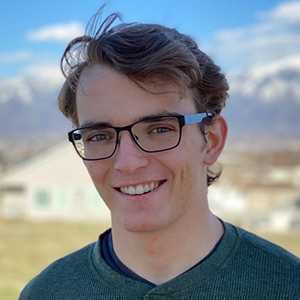 Isaac Martin, a junior majoring in mathematics and physics, originally intended to pursue a doctorate in physics before discovering his talent and interest in mathematics. A rock climber and pianist, he completed a Research Experience for Undergraduates last summer at UC Santa Barbara. His research interests include commutative algebra and the mathematics of condensed matter physics, and he currently works on positive characteristic commutative algebra under Thomas Polstra, an NSF postdoctoral fellow, and U mathematics professor Karl Schwede. 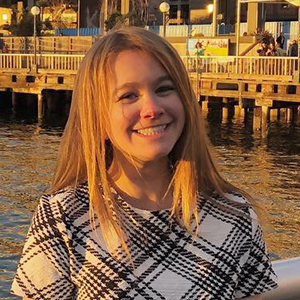 Isabella Archibald, a junior majoring in biomedical engineering, studies human genetic mutations and their effect on synaptic transmission in professor Erik Jorgensen’s lab. She plans to pursue a doctorate with research focusing on genetic engineering and synthetic biology to remediate the effects of climate change. She is the president of the ACS Green Chemistry Committee, and she is a teaching assistant for Dr. Edward Hsu’s Biosignals course.

Three University of Utah students have received highly competitive Fulbright U.S. Student Program grants from the U.S. Department of State and the J. William Fulbright Foreign Scholarship Board for the 2019-20 academic year. Additionally, three students were designated as an Alternate.

The flagship international educational exchange program is designed to build relationships between people in the U.S. and in other countries with the aim of solving global challenges. It is funded through an annual appropriation made by the U.S. Congress to the U.S. Department of State. At the U, the Fulbright program is directed by Howard Lehman and is sponsored by the Office for Global Engagement and the Graduate School.

Grant recipients are selected based on academic and professional achievement as well as a record of service and demonstrated leadership in their respective fields. Unfortunately, the exceptional circumstances of the COVID-19 pandemic has impacted on the number of available awards in foreign countries. 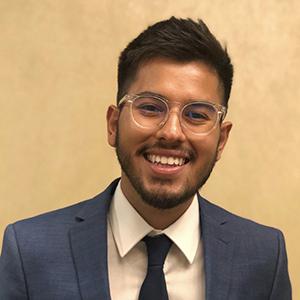 Rogelio Brambila will serve as an English Teaching Assistant in Mexico. Brambila will receive his B.S. in Anthropology and Biology, and a B.A. in Latin American Studies. 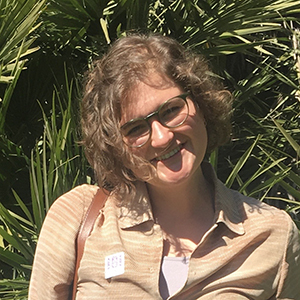 Caitlin Silianoff will serve as an English teaching assistant in Taiwan. Silianoff will receive a B.A. in English and International Studies and a B.S. in Political Science with a minor in Chinese. 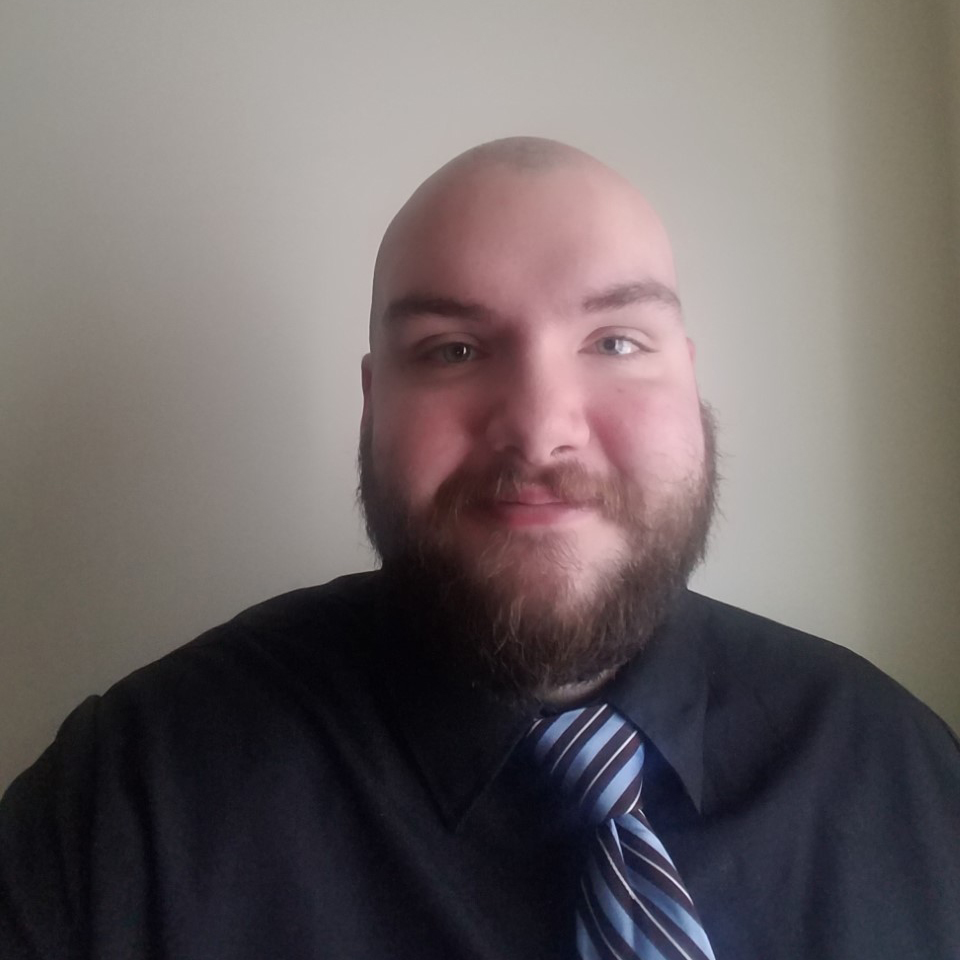 Brendan Darraugh, B.A., German and political science, Fulbright Study Award to Germany. Darraugh will use his grant to enter the Master’s Program in National and International Public Administration and Policy at the University of Potsdam.

Polly Llewellyn, B.A., English, Fulbright Study Award to the United Kingdom. Llewellyn would use the Fulbright grant to earn an M.A. degree in creative writing from Aberystwyth University. 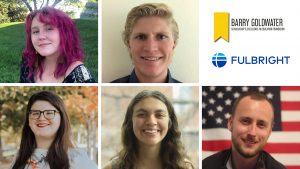